Disclosure:   An ARC of this book was provided to me for review.

Spending seven years in prison for a crime he didn't commit gave Tanner Bryant plenty of time to plan his revenge on the man who put him there. He wanted...needed Maurice Juneau to suffer as he suffered, and Tanner had every intention of making sure that happens.

Unfortunately, he hadn't planned on the young woman who stepped into his line of fire and took the bullet meant for Juneau. Nor had he planned on kidnapping her after he shot her. He's pretty sure that will come back to bite him, too, because Jess St. James may be tiny, but she is a force of nature. And he hasn't the first idea what to do with her.

Jess is frantic. Not only didn't her slimy boss give her the eight million dollars she needs to save her family, she got shot then kidnapped by the lunatic who shot her. Frankly, she shares Tanner Bryant's animosity for her boss. It's Maurice's fault her family has been abducted by a vicious criminal. But unlike Tanner, she needs the man alive to save her family.

Now she's got to partner up with the guy who put a bullet in her so she can get money from the man she works for. And she's running out of time. If she doesn't produce eight million dollars soon, her family will die. She's just going to have to convince Tanner that his revenge, however deserved it may be, is going to have to wait a little longer.

There are few things as nice for an avid reader like myself than having a favored author come out with a new series. I've been a fan of Adams' Adrenaline Highs series since the first book, so finding out about her new series made my day. I love Adams' writing style and her characters tend to be some of the best and most unique in the genre. Tanner and Jess were no exception.

Tanner was certainly a layered almost-antihero. It's not every day you get a hero that starts off a book shooting his heroine, but I sympathized with his past. His reaction to Jess, though, is what really charmed me. For all that he tried to be nothing more than a big, bad ex-con with an ax to grind, he was also a damaged guy who had lost everything. Jess' fateful stumble turned his carefully laid plans on their ear and kept him completely off balance, giving his initial attraction to her and his sympathy for her plight time to work on his conscience and reawaken his sense of integrity and honor.

I liked him a lot, and I appreciated the evolution of his character as the story progressed.

Jess was another bright spot. Though tiny in stature, she was fierce in her fight for her family and had no problem standing up for herself. I wasn't always thrilled with some of her emotional outbursts, but she was a nice fit for the more stoic Tanner. They had great chemistry and that was due in large part to the balance of strength and vulnerability she brought to the mix in their relationship.

As great as they were, though, had they been the sole focus of the narrative, I'm not sure I would have liked this book as much as I did. Oh, don't get me wrong, they were very likable, and they had some scorching sexy times I heartily enjoyed, but with a few exceptions, their storyline was fairly standard for what I've come to expect from Adams. What I didn't expect, and what really thrilled me, were the scenes with Jess' family.

Though they had secondary roles, Jess' family provided almost all of the more disturbing and suspenseful points of the plot. I loved Jess' parents, Jay and Terry. Their scenes were narrated with a slant from Jay's point of view and they stole the whole book. Between Jay's pride and love for Terry and their kids and Terry's indomitable strength of will, the characters and their scenes held me enthralled and drove all the darker elements of the suspense arc. They had so much presence on the page that they very well could have been the main characters. I loved them.

This was an action-packed and pulse-pounding read with some surprising, gasp-worthy twists and turns. I was caught off guard more than once by developments I hadn't seen coming and moved by characters who left an impression. I even had a total fan-girl squee moment with an awesome Adrenaline Highs series tie-in. Rock on Seger Hughes!

I can't say I was totally sold on every element in the story's premise, the family kidnapping in particular strained my willing suspension of disbelief given the motivation of the Bad Guy and sheer logistics, but the action itself, the scenes with Jess' family, and the arc of the romance between Tanner and Jess combined to provide a thrilling, sexy, and sometimes horrifying romantic suspense that kept me highly entertained. Adams may just have another hit series on her hands. One I plan on reading along with until the end. 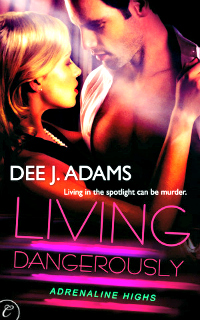 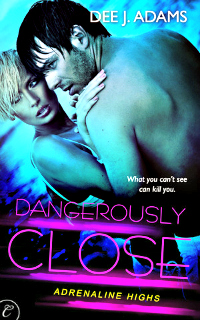 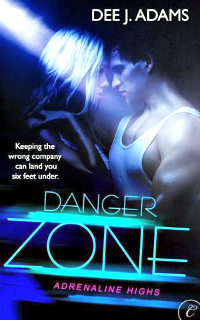 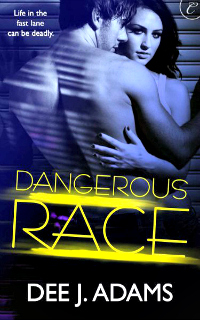 Return from Against the Wall to Romantic Suspense

Return from Against the Wall to One Good Book Home