Along Came A Demon 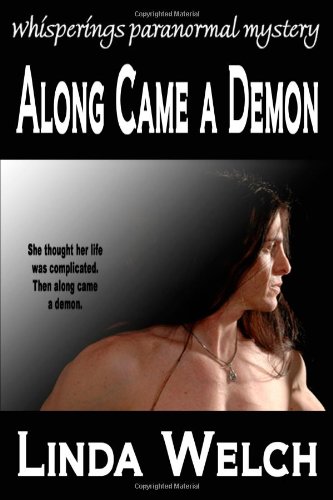 Tiff sees dead people - well...some dead people, anyway. Anyone who died a violent or surprised death usually sticks around the area they were killed vainly hoping for someone to see, hear, and interact with them. And Tiff does it. She's sort of a psychic, she supposes, but she's never really put a label on what she can do any more than she knows why she can do it. She also sees demons, as if the whole dead victim thing wasn't bad enough. They're not exactly the classic fire and brimstone type demons, but they are certainly working with their own playbook, and Tiff both fears them and avoids them as much as possible. Unfortunately, the cop she's shackled with while she tries to find an abducted child, is one of THEM and she trusts him just about as far as she can throw him. And he's really big. And heavy.

First in a new urban fantasy series, Along Came a Demon introduces Tiff (don't call her Tiffany) Banks and the world she and her friends inhabit with a smooth, first person POV narrative, and a tightly compact plot that fits about as well as anyone could hope for in its limiting novella-length book. I have to give credit where it's due; Linda Welch did an excellent job maintaining the intrigue and tension in this bare-bones plot and didn't skimp on developing Tiff as she did so. There was a more noticeable fall off in the character development of the characters around Tiff, but with a story of this length, something has to be compromised, the question is only which aspect of telling a complete story will feel the most squeeze from that compromise.

Very nicely done novella, and honestly, one of the most complete story arcs I've read in a book of this length. Yeah, there were some points that didn't get wrapped up neatly and a lot of questions I had left to ask, as well as things that didn't make TOTAL sense given the shortness of time given to explain them, but overall I'm very pleasantly surprised by this title. The only significant criticism for the title is twofold, the first being the odd sexual/emotional relationship development between Tiff and Royal. Frankly, I wouldn't have minded that being left out of the story entirely and instead just alluded to until the first full length novel had been done. That wasn't the case and I muddled through it, but it wasn't my favorite aspect of the book and I found it very discordant with the flow of the rest. I know it's difficult to successfully nurture a romance in so short a novella, but it's been done before and done well.

The second drawback was the wrap up at the end. Again due to the length of the novella in combination with the intricacies of the non-relationship plot, the author seemed to run out of room to write long before she ran out of story to tell, so the last chapter and epilogue seemed forced and abrupt and not organic to the story line. Along Came a Demon wasn't flawless, as you can see, but it's definitely one I'd recommend to fans of the UF and paranormal romance genres. The issues I have mentioned held back a perfect score, but I feel comfortable with a 4.5 star rating and am very much looking forward to the second book in the series. Nicely done! 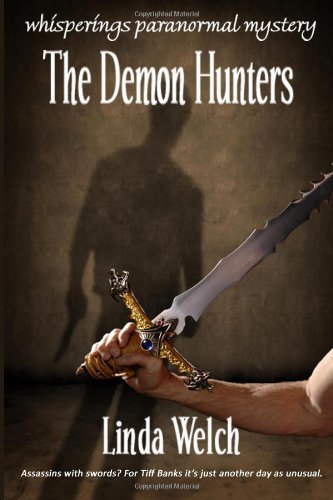 Return to Top of Along Came A Demon

Return from Along Came A Demon to OGBDA Book Reviews Home