A Cute Read for a Rainy Day 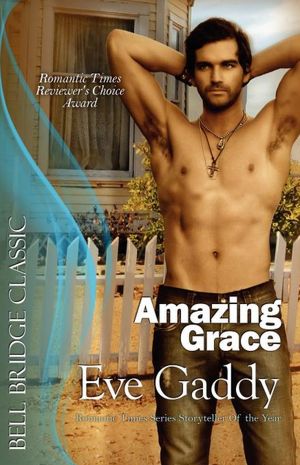 Disclosures:   An ARC of this book was provided to me by Bell Bridge Books via NetGalley.

Texas Ranger Max Ridell is fairly sure someone at some point has told him to go to hell, but his boss has actually sent him there. He's in the nearly microscopic town of Hell, Texas, working undercover as an agent with the Environmental Protection Agency (EPA) while he investigates an human smuggling ring. Thirty minutes in town and he's already met Sheriff Grace O'Malley, one of his prime suspects.

That she's arresting him for getting his face pounded by a disgruntled local, however, is less than ideal.

Even with that less than auspicious introduction, it doesn't take Max long to realize that the hard-working, no-nonsense sheriff doesn't exactly fit the law-breaking, illegal-alien-trafficking mold. But he has to admit, it's possible his attraction to the woman could be clouding his judgement. He is very attracted to her.

On the bright side, if Grace finds out he's not who he claims to be, he won't have to worry about his feelings for the woman. There's not a doubt in his mind that Hell hath no fury like Grace O'Malley scorned.

This is a cute story by Gaddy, one to enjoy very much for what it offers. It doesn't have the most layered plot, or the most suspenseful story, but the main characters are solid and likable and the chemistry between them is great. The tone of the book is lightened with touches of humor and wit that appealed to me quite a bit, and a good portion of the first half of the book kept a smile on my face.

I enjoyed Max. He's a charmer, for sure, and I loved how, as his feelings for Grace get more and more involved, he gets adorably flustered with feelings of misplaced jealousy. Not that he'd admit he's jealous. He's hungry. Or tired. Or worried about the job. So cute.

Grace was great, too, really. I loved her in her roll as sheriff. She's definitely got it all going on there. She has self-image issues that felt realistic, and I appreciated that she isn't really comfortable making the effort to get in touch with her feminine side. Her feelings for Max were sweet and hopeful and their relationship was a shining point in the book.

I have to admit, though, I struggled with the idea of Grace being a thirty-one year old virgin. Nor was I pleased with how fast she falls in love with Max, and the scene in which she acknowledges it to her best friend felt very cliched. That she handles Max's assertion about not being a long term guy by saying to her friend that people change and maybe Max will, too, seemed trite and very troubling.

Though neither the romance nor the suspense elements were terribly complex, the overall story provided a fun few hours of entertainment. This is one I'd consider a good read for a rainy day afternoon. Max was a hit, Grace held her own, and together they gave me moments of humor, emotion, and heat. Fans of a classic romance and straightforward suspense without too much tension should enjoy spending some time in Hell.