It Doesn't Pay To Be October Daye 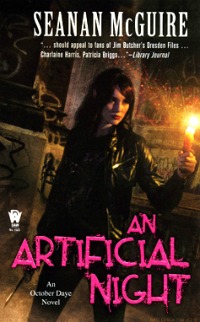 When October "Toby" Daye answered a knock at the door and came face to face with her Fetch, she knew it was going to be a rough week. Fetch are harbingers of death and when they look like you and have your memories, you can pretty much kiss your butt goodbye. After a frantic phone call from her friend Stacy about her missing kids and another who won't wake up, a confrontation with the King of Cats about missing Cait Sidhe children (kittens?), a painful healing at Lily's Knowe, an ominous conversation with her friend and her liege lord's wife Luna, and having to deal with the ever terrifying and powerful Luidaeg, Toby realizes that the Fetch is, quite literally, the least of her worries. And how sad is that?

Toby never wanted to be a hero, but finding and saving the children being taken by a twisted Firstborn is the sort of quest for which ballads are sung...and they tend to lead to glorious funerals. With help she needs but can't ask for and a journey down roads she can't travel she may make it out...but alive will never be part of the bargain.

This third book in the October Daye series left me feeling oddly conflicted and a little perplexed. I've liked Toby since the series started with Rosemary and Rue (October Daye, Book 1). I like her personality and her chaotic and haphazard way of problem solving. She's certainly not the strongest, fastest, smartest, or biggest badass in her world, but she ekes out a living as a PI with questionable skills, falls into the most difficult and deadly situations with surprising ease, and has the oddest and most cryptic conversations with the oddest and most cryptic people. Something about her bumbling victories and her self-effacing attitude, combined with her loyalty and determination to do the right thing is appealing to me. And she makes tough, sometimes heartbreaking choices - but she makes them well. I like her.

I'm not as sure about liking the plot of this book, though. Or maybe it's the way it was written... Probably a combination of both, actually, but this is the first in the series that I had some real problems with. I will say I tend not to like transitional books in a series as a general rule, and this felt like a transitional book in parts, with Toby making some admittedly needed realizations about her character and her personality as the world she inhabits and the people she surrounds herself with shifted a little to allow for those realizations. One of those realizations didn't appeal at all, though. Toby batted the word 'hero' around like it was a rank or office to be recognized and accepted. Maybe it's a personal thing, but heroes that label themselves such just...well...aren't. In my opinion, at least.

On a technical side, I found the book lacking in exposition in a few critical cases. Most notably in the case of Toby's friends Mitch and Stacy and their children. Obviously Toby is a very close personal friend of that family, but I don't remember them from either of the two previous books. That's not terribly surprising given the number of books I read, but as memory serves, in the first book Toby spent her post-koi time avoiding all things fae and letting previous friendships languish, in the second, she wasn't in town, so I don't recall Mitch and Stacy and how they became important enough to Toby that their kids call her 'aunt.' That wouldn't have been such a big deal if the entire plot of the book hadn't revolved around Toby's struggles to return those children to their parents. But it did. Some exposition that placed that couple and their kids in Toby's life and the timeline of their friendship would have helped me reconnect with the series and brush off the reading cobwebs. Without it, I felt disconnected to the characters and confused about Toby's frantic emotional reactions. There was also a lack of exposition relating to Toby's misspent youth, though names from her past were mentioned more than once.

When removing myself from the difficulty I had with the depth of friendship between Toby and Mitch and Stacy and just looking at the plot alone, I think it was imaginative and original, and provided genuine-feeling danger and crises. Toby is obviously doomed to suffer grievously through this series, as the author is always thinking up new ways to make her life miserable. Good for readers, bad for Toby. I have to admit, though, I'm greedy for more Tybalt. I have a huge fondness for the King of Cats. He always seems to be around when Toby needs him, but nowhere near enough for my full reading enjoyment. After three books, I'd appreciate a furthering of the development of their relationship, if there's going to be any. They're still playing at being adversaries (at least Toby is...Tybalt is mostly just being cryptic) and that's getting a little old.

Admittedly, I wasn't thrilled with the way the story developed in regards to Luna, and am a little perplexed at the difference in her character from the first book to this one. Maybe I'm misremembering, but there seemed to be a lot of character inconsistency there. And frankly, I don't think nearly enough was done to address some of the things she did in this book. I also had some issues with May and the lack of resolution to that plot thread. She's great and all, and provided a lot of comic relief, but if that particular sword of Damocles is going to be hanging over Toby's head through the series it's going to make the whole series seem pretty fatalistic. And really, there's nothing more depressing than a suicidal heroine, no matter how passive/aggressive she is about it, so lets hope that's not a theme that's oft repeated.

In the end, there was much of this book that I liked very much and some that I wasn't all that crazy about. I still commend McGuire's imagination and her ability to make a reader such as myself, someone who tends to shy away from fae mythos, really dig the series as a whole. I can't say this was my favorite book of the first three, but I'm still quite fond of Toby, even with her peccadilloes and idiosyncrasies, yearn for more Tybalt, and have a lot of warm feelings for several other secondary characters. I also think this was the most streamlined plot and best technically written book in the series, even with the issues I had. I'm looking forward to returning to October Daye's world with Late Eclipses (October Daye, Book 4), which will be available March 1st, 2011. 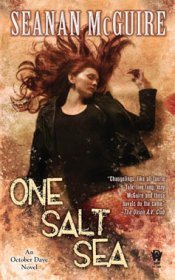 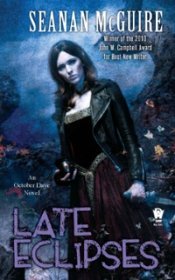 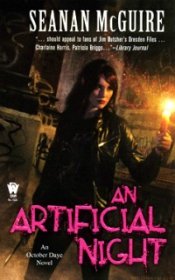 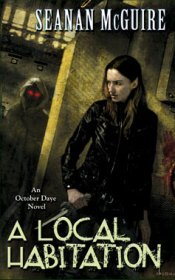 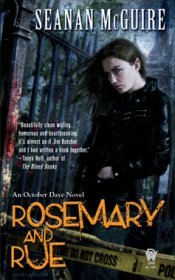 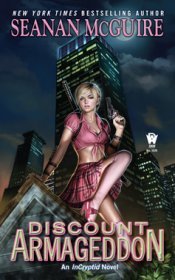 Return from An Artificial Night to Urban Fantasy Genre

Return from An Artificial Night to OGBDA Book Review Home