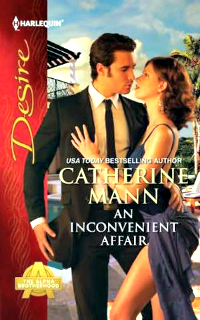 Disclosures:   An ARC of this book was provided to me by Harlequin Blaze publisher Harlequin via NetGalley.

There's having bad taste in men, and then there's Hillary Wright, whose ex-boyfriend is being indicted for fraud and embezzlement. To make matters worse, the federal government suspects she was complicit in his crimes. In an effort to clear her name, she's flying to Chicago to help the CIA identify her ex's shady partners. Then she's going to try to put the whole sordid mess - and relationship - behind her.

The charming, good-looking man seated beside her on the flight to Chicago may be just what she needs to start the process.

Former hacker and computer wunderkind Troy Donavan is scoping out Hillary for his boss, but nothing about the pretty, funny woman says she knew anything about her boyfriend's illegal activities. He's been called to serve in his role as freelance Interpol agent to make sure his instincts are correct, and if necessary, protect her from the people who may not be too happy with her if she fingers them for criminals.

It's a tough job, spending time with a gorgeous, witty, enchanting woman who stirs his blood, but somebody's got to do it.

I'm a fan of Catherine Mann and have enjoyed several of her books, but this debut of her new series was just okay for me. Maybe part of the responsibility for my lack of enthusiasm lies with the Harlequin Desire line. I don't read a lot of them because they tend not to have the sort of depth and complexity I prefer in my books. They're shorter length novels and while they definitely bring the heat, they don't usually bring much else.

That was pretty much the case for me here. I liked the premise of the group of independent Interpol agents and the backstory that connects them. I liked the main characters well enough, too, though again, not a whole lot of depth or complexity went into either one of them. There were some elements of the plot that were fairly far-fetched, and the romance arc had moments that struck me as being overly and unnecessarily dramatic, but overall, there were few truly eye-rolling moments at any point of the story.

There were just as few moments that really impressed or wowed me.

The book is fairly simple, straightforward brain candy, light on substance but with a bit of a sexy bite. There's no doubt Mann is an accomplished author who can write layered characters and well-rounded plots. I just don't think this particular venue is the place for that to happen. It wasn't a bad read at all, and I certainly didn't dislike it, but it never really went beyond being just an okay read for me. In the future I think I'll get my Mann fixes elsewhere. 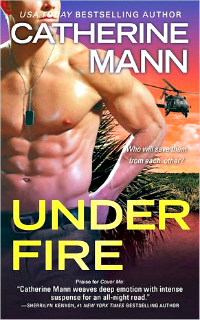 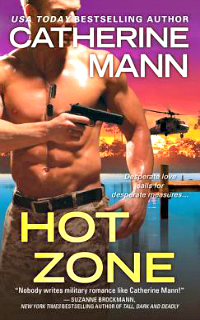 Return from An Inconvenient Affair to Contemporary Romance

Return from An Inconvenient Affair to One Good Book Home