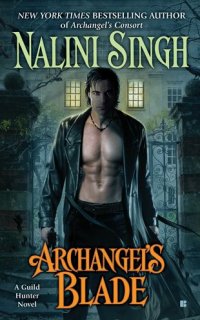 She was dumped at his doorstep like so much garbage after having been nearly tortured and starved to death. She has no memory of who she is, but Devraj Santos knows exactly what she is. She's Psy. That means one thing for the leader of the Shine Foundation: she's the enemy. For the man, though, it means something far different. She is his.

Deeply traumatized by the brutality inflicted on her by her captor, Psy scientist Ekaterina is dead. Her heart still beats, her mind still works...mostly, but she is not who she once was. She knows she's dangerous, knows that the Psy counselor Ming did heinous things to her, but she doesn't remember exactly what those things are. All she knows with any measure of certainty is that who she was is dead. Now she's Katya. And she's deeply concerned that the longer she remains both patient and captive of the enigmatic and dual-natured Dev Santos, the larger a threat she poses to him and his people, the Forgotten.

Dev's not stupid. He doesn't doubt Katya is a perfect Trojan horse. There is no other explanation that makes sense. And the Forgotten have to be too careful to risk letting the Psy female know any valuable intel. She may not know she's a weapon, but she's the most deadly sort there is, because the longer Dev is responsible for her, the more resolute he becomes about keeping her, despite knowing that the deadly sleeper agent Katya has become will be prodded into awakening and making her move. To kill him.

Gah, I hate to say this, but Blaze of Memory is my least favorite of the first seven books in the Psy/Changeling series. It wasn't an issue of liking the characters. I liked Dev and Katya just fine. They struck me as pretty standard lead characters for the series, nothing exceptional that made them stand out like some of my favs, but nothing annoying that detracted, either.

My problems with the book weren't the characters. It was pretty much everything else.

I'm a huge fan of this series and of Singh's writing style. She writes some of the most emotionally powerful and complex paranormal romance out there today. Her Psy/Changeling world is rich, vibrant, and darkly realistic given the futuristic timeline and alternate earth history. Her plots in this series have been nicely layered and full of depth. Such was the case in this book. But for the first time I felt the layers didn't slide together as seamlessly as I'm used to from previous books.

The romance plot thread seemed oddly stunted, maybe because of Katya's amnesia, maybe Dev's reticence, but for whatever reason, I didn't quite buy into the depth of emotion that was supposed to exist between them at the end of the book, and their storyline seemed overburdened by the threat of what was done to Katya. The risk she posed got a bit belabored and, as it was the main conflict in the relationship, it limited the depth of that plot line.

By this seventh book, I was hoping for more series arc progression, or some resolution on a few of the secondary and ancillary threads. Instead, this book gave some fresh insight into the original break between the Psy and the Forgotten and continued to add development to the Psy Council threads. What was suspect to me was the odd lack of setup for Katya's torture and the disregard Ming seemed to have for both his "weapon" and the agenda he had for her once he'd had her dropped at Dev's. That never tracked for me given what a precise tactician Ming is. We also got a few more scenes with the notorious Psy rebel, Ghost, various Council machinations, and instead of anything being drawn to conclusion, new threads were added.

In previous books the various threads wove together to add weight and significance to the romantic plotline, but I didn't get that in this one. Instead, all the secondary and ancillary plot points seemed forced, crammed into the book between scenes with Dev and Katya, pulling attention away from them. And instead of fitting together tightly or transitioning seamlessly, it was like looking at a jagged jigsaw puzzle where none of the pieces quite met.

The strength and quality of a series is certainly not predicated on one book. That's a good thing in the case of Blaze of Memory. And for the record, while I may not have liked this one as much as the others, we're still talking about Singh, here. She's one of the best in the genre. Even though this one didn't thrill me, it was still a complex read that added layers to the continuing struggle between the races. I wouldn't have wanted to miss it. I'm glad I didn't. I just hope the next one is a bit more cohesive, that it starts tying up one or two of the ancillary threads, and that the romantic relationship is given the same sort of depth and attention that we got from the best of the previous novels.

I've read the Guild Hunter series but haven't made it to the spinoff yet. I skimmed through your review to avoid spoilers but I'm glad that it mostly worked for you.

It did mostly work for me, and I hope you enjoy the book when you get a chance to read it.

Also, please be assured that while I understand that everyone has different lines about what they consider spoilers, no major or significant story-related details are ever included in the reviews on OGBDA without first being hidden behind HTML coding that allows visitors to choose if they want to read them.

I'm very anti-spoiler myself, so I tend to keep specific story details to myself and write in broad strokes. In the over 550 reviews posted on OGBDA I believe there is less than 10 in which I needed to include spoilers to illustrate a point in a review.

Again, though, I know that line is subjective, but it is NEVER my intent to spoil anyone.

Thanks for your comment, and for reading the review!

Hey! I agree with your review completely. I really enjoyed this book as well. However, I REALLY don't like the reincarnation trope, and didn't like the end of this one.

I really like the chemistry between Dmitri and Honor. I wasn't a huge Dmitri fan (I want most to read Aodhan's and Illium's stories too :) mind twins again); but Honor I really liked.

Also, I didn't see how this played into the overall arc of the Guild Hunter's story, but it was a nice story overall. I really enjoyed seeing the other characters here; and makes me want their story that much quicker.

The end for me was an issue. And you are so completely right that the story was tighter than the Archangel's Consort, but not has well executed as Archangel's Kiss.

Your comment gave me a chuckle. Great minds we must have for all the thinking alike we do. ;-)

I hadn't really thought much of the overall arc of the series when I was writing the review, but you're right - this one doesn't seem to fit with the direction that had been set up over the first three books. And knowing Singh's craftiness with her Psy/Changeling series, I have to wonder what direction the series takes from here.