Wanted More of a Romance 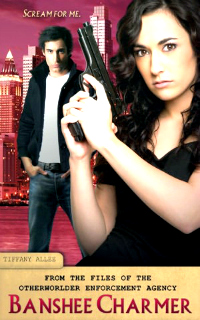 Series:   From the Files of the Otherworlder Enforcement Agency, Book 1

As a police detective for the paranormal unit, half-banshee Kiera "Mac" McLoughlin is used to getting some fairly peculiar cases, but the crime scene she and her partner are called to, and the condition of the victim's body, has even her concerned. The method of death is one that points to an incubus as the perpetrator. That would give Mac a solid place to start looking for suspects if it wasn't for one little detail.

Mac returns home to find a dark, gorgeous stranger sitting calmly at her table, sipping her coffee and perusing one of her romance books, relaxed as can be...even with the gun she has pointing at his head. He introduces himself as Aidan Byrne, detective with the Otherworlder Enforcement Agency, and beyond being slickly charming as hell, he gives her disturbing news. The case she'd been called to that day isn't the first of its kind.

Mac has a serial killer on her hands. A murderer targeting young women. And the only evidence left on any of the victims points to a species of supernatural that no longer exists.

The stakes are raised and the case becomes personal when Mac's partner becomes the killer's next victim. Reeling from the loss and removed from the case, Mac refuses to let it go. She has only the enigmatic Aidan to help her track down the monster responsible, but she's determined. So determined that she doesn't notice that all is not as is seems with Aiden, and trusting him to watch her back may only accomplish one thing.

Giving him the chance to stab her in it.

Maybe I'm slow on the uptake (okay, obviously I am), but I was just getting into this book, the characters and world were being introduced, when it hit me. I have a genuine fondness for books and series surrounding paranormal units of law enforcement, whatever the level. One would think, given my extensive reading history, that I would have figured that out before now, or at least recognized on a conscious level what my subconscious has long understood. Nope. Not me. I am, apparently, not all that bright.

Though this series debut is shorter in length than I expected, and much in the way of world-building was absent as a result, I enjoyed the diversity of the various species of paranormal inhabiting the world. Mac is half-banshee, her partner practiced witchcraft, and there are succubi (the incubi's female cousins), vampires, goblins, and more, that indicate a richly populous world of supernatural variety. I tend to favor diversity over a world that just has vampires and/or weres.

The investigative elements of the story were a little less appealing to me than the world in which the series occurs. I liked Mac as a character very much. She was an intent, prickly, headstrong, determined little thing. There was just not a lot to recommend her as a competent detective.

It's not that she's incompetent, exactly, it's just that most of the story seemed to revolve around her and Aiden "investigating" independently, then meeting up to ask each other what the other has found out. They exchange information often, but it felt like the actual investigation was almost simplistic and lacking in the sort of detail and dimension that would really elevate it to what would seem appropriate for professional detectives, paranormal unit or not. The information that Mac does uncover and the progress that she does make is almost more despite herself than it is a result of a methodical, discovery-based investigation.

I liked the storyline, though, even if the investigative elements fell short. And I liked Aiden quite a lot, too. I figured out what his connection to the case was fairly early on, but as that's not uncommon, it didn't detract from the story for me. I liked watching him and Mac circle around each other as they worked towards catching the killer.

There were a couple of nice twists and turns in the plot that also appealed, and the resolution was solid. I was left wondering, though, if this was intended to be a paranormal romance or an urban fantasy with romantic elements. There wasn't quite enough of a romance between Aiden and Mac to really work for me as a romantic relationship, and the HEA struck me more as a Happily For Now.

That would usually have me leaning more towards the urban fantasy end of the spectrum, but the next book features the succubus we meet in this book as the main character. That has me leaning more towards the series being intended as a paranormal romance. An argument could be made for both, but not being able to really tell definitely messed with my expectations, and my lack of satisfaction with the romance affected my feelings about the overall reading experience. 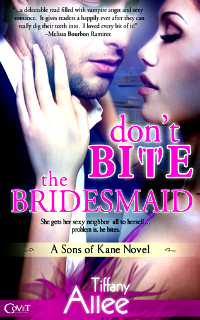 Return from Banshee Charmer to One Good Book Home