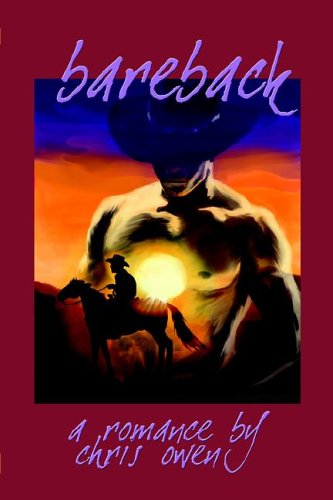 Jake Taggart has spent sixteen years working for Doug, living on his ranch. He's worked his way up to second in command behind the bossman himself and he's in charge of the men who work the boss' land and cattle. One of those hands in particular has been driving Jake to distraction. They don't get along much, and Tor - short for Tornado - seems intent on pushing every one of Jake's buttons. What Tor doesn't know...Jake hopes...is that most of those buttons are behind his fly, and even though Jake doesn't believe in playing where he works, he can't help but be terribly attracted to the long, rangy cowboy. Then one night during a storm, Jake finds out that Tor's been eying Jake as well, and he thinks playing where you work is just fine...if the man he gets to play with is Jake.

So begins a journey the likes of which I've never read before as two cowboys start something physical and end up together in a relationship that spans years, promises of forever in their minds and hearts until an act of betrayal rips them apart and destroys everything they'd been building. Surviving together doesn't seem possible, existing apart is the definition of futility. Sometimes...sometimes love doesn't conquer all. Sometimes it just gives us the power to do it the hard way.

For those readers looking for some sizzling hot M/M action, have no fear. There's a lot of sex in this book. A lot of sex. It's shameless erotica and it is unflinching in that regard - for the first half, anyway. For the first half of this incredibly long book (for you Kindle readers, it's 11,706 locations and 372 printed pages) just about everything two men can do to each other is done by Jake and Tor and it's very hot and very graphic and includes one group sex scene.

The relationship evolves in the few normal breaths between those sex scenes - and admittedly, those breaths are few and far between. This book has taken some criticism for having too much sex, and I can't really say that I disagree. But look closely, because the foundation cracks in the relationship are laid even then, and you can start to see that not all is well on the farm. That's when I noticed that this erotica romance wasn't like others I've read, and I started to pay even closer attention.

So close, in fact, that when the betrayal came, it wasn't much of a surprise, but it was so well written that it was a beefy fist to the gut that doubled me over in pain, made me want to vomit, and nearly ripped my heart out.

I'm not going to say any more about that, or about the plot of this book. I will say that the sex in the second half is not nearly as prevalent. There are a few technical errors overall - some words wrong, some grammar mistakes. The writing lacks the polish and sophistication of a more mainstream publication in a few places. There's also not much in the way of world-building, and Owen didn't waste any time describing much beyond the circle of the men, so if you prefer a book with sweeping vistas and a clear picture of the scenery the characters are interacting with, you may be disappointed. In fact, most of what you learn from any of the characters you learn through dialogue and some thoughts that the third person omniscient narrative provides. Though that leans more heavily towards Jake, who is the primary focus of that narrative and the lead character in the book.

I will also say that I started this book because I enjoy M/M erotica and thought it'd be a hot, easy read. It wasn't. Oh, sure, it was hot. So hot in fact that I found myself skimming some of the sex scenes when I realized there was more going on behind them that interested me. But easy? No. Gut wrenching, brutally honest, utterly believable (beyond the sex), emotionally devastating...and very, very profound. The sex was almost a distraction. Don't let it distract you from the story here.