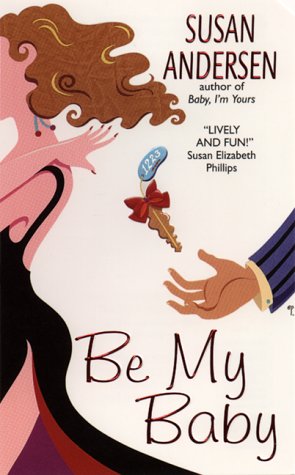 Bostonian blue blood Juliet Rose Astor Lowell is in steamy New Orleans, LA to kick off the grand opening of her baby, a restored southern mansion she's turning into a five star hotel for her father's hotel conglomeration. It's her first full project and the first time she's been completely out from under her imperious magnate's thumb. She got more than she bargained for, however, when a letter of complaint about the purchase and hotel plans causes her father to step in and demand police protection for his daughter. And no one, not even an acting police chief, says no to her father...or his money and connections.

NOPD Seargent Beau Dupree knew a babysitting job when he saw it. Knew it and didn't like it at all. Not when he had real police work to do. He read the supposed threat to the prim and proper Juliet Rose and gave it just about as much credence as it deserved. Which was none. Instead, he planned on dragging her around while he worked on a real case, trying to track down the elusive Panty Bandit who had been commanding young woman to strip naked for him at gunpoint. Women including his baby sister, who, along with his other two sisters, he'd been raising for the ten years since their parents died.

It was a good plan. Push the rigid and tightly wound socialite up close and personal with the seedier side of the Crescent City and she'd demand to have him removed from her detail. He could go on about his business and get his long-time goals back on track. No fuss, no muss.

He didn't count on the pretty little debutante letting her hair down - literally and figuratively. He didn't count on her class, composure, and generous nature when faced with even the lowest dregs. He sure as hell didn't count on being so damned attracted to it. To her. And from the depths of his cop soul, he hadn't even dreamed that the threat to her life may be serious, so when his brake line is cut and they almost take a header into the Mississippi, then someone takes a shot at Juliet in a crowd of party-goers, Beau quickly realizes that the last thing he wants is to be pushed off the case, because the estimable Juliet Rose has become more important to him than he'd ever dreamed.

With the fabulous city of New Orleans as a cultured, vibrant backdrop, Susan Andersen created a fun, mostly light romp of romance and light suspense in this pleasant book. Juliet and Beau are about as diametrically opposed as two characters can be on paper, but to their depths, they strike very pleasant - and often humorous chords together. Juliet may be the classic poor little rich girl and Beau may be the quintessential good ol' southern blue collar, but there is depth provide both of them through their responsibilities, past pains and disappointments, and the shields they both use to keep their hearts protected. I particularly liked the combination of fire and steel in Juliet, and was pleased by the way she dealt with many of Beau's antics.

There was a small but important array of secondary characters that added layers to the plot, with Beau's baby sister and his best friend and police partner Luke having an ancillary, though briefly featured romance, and Juliet's assistant Roxanne was a real gem with her flair and independence coupled with a few noted fears and insecurities. Andersen did a nice job with them all, and regardless of how much they were featured, they all seemed pleasantly genuine.

The plot may not have been all that surprising or earth shaking, and certain twists and developments could be seen coming a mile away, but for a light, fun read it was well paced, had a smooth, easy to read narrative, and quick witted dialogue that maintained a natural conversational flow. Andersen also gets points for keeping the unique flavor of the city and many of the mannerisms and colloquialisms unique to the region as important to the overall recipe as it deserved to be.

I enjoyed Be My Baby for the smooth bit of brain candy it was, and so long as you don't mind the formulaic nature of the development of the romance, and have a fondness for less serious and briefly featured suspense, I'd recommend it for the hours of simple pleasure it provided.

Return from Be My Baby to Contemporary Romance

Return from Be My Baby to One Good Book Home