Wow! That Was Fun! 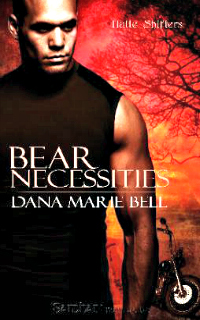 Tabitha Garwood is Outcast. She stumbled into Halle about six months ago after eight years living mostly as wolf for survival. Since then, she's been stalked and harassed by Gary and his friends, pack wolves from New Mexico in town to attend school. When you're Outcast, you're at the mercy of the Pack and Gary's evil intent doesn't bode well for Tabby.

Alexander 'Bunny' Bunsun is a bear shifter from Oregon. He and his cousin are in town to check up on his cousin Chloe, a fox shifter who's been acting very oddly of late. Their close-knit family watches out for each other, which is why he and his cousin have traveled across country to check up on her. No sooner does Bunny reach town, however, than he catches a scent he'd never expected. His mate.

Tabby is a one of a kind wolf who takes one look at Bunny and thinks, 'Come to Mama.' She's quirky, fun, and trusts her wolf instincts. This gorgeous male with the funny nickname - but she's a wolf with a cat name, so who is she to quibble? - is her destined mate, and he seems like an all around nice guy, too. Bunny is a nice guy, but he has some anger management issues - what grizzly doesn't? Well, none quite so issue-laden as Bunny, but he does yoga and meditates daily to control it - history taught him that it's not a good idea to lose control of his temper. Finding out his mate is being threatened and his cousin Chloe viciously beaten and almost killed doesn't do much to help him control that temper, though. It's definitely not good to poke the big bear with that sort of stick.

What a fun story! If you're familiar with Shelly Laurenston's Pride and Magnus series (and if you're not, do not hesitate to become familiar, they rock) you may notice some similarities in theme and structure, and if you enjoy Laurenston, you're probably going to enjoy Bell's Halle Shifters series. No one does crass, bawdy humor like Laurenston, of course, and personally, I think her well-established series is a little stronger in character development, but Bell is definitely coming into her own after her Halle Pumas series.

Unlike that series of novellas, Bear Necessity is a full length book, and I'm excited by that fact alone, because Bear Necessity takes the time to introduce and develop characters and plot, and, building off the world of the Halle Pumas series, allows expansion and further detailing of the background and mythos. All of those developments go hand in hand with a nifty romance and seductive sensuality, providing a far more balanced and thorough story than in her series of novellas.

One of my favorite things about this series is that although the mating bond is mystical in nature and happens before characters necessarily know each other, Bell has allowed for development of the emotional side of the relationship, which gives readers time to learn and like the characters. Tabby's insecurities and her loneliness, her yearning for a home, her friendships with Cyn and Glory and her unique, quirky personality as well as Bunny's history, his issues, interests, and passions, the family bonds, and the mysticism of Bear were all able to come into play in delightful ways, and both characters are three dimensional and feel well developed because of it. Secondary characters and the depth of plot were also very well executed.

I had a few small issues, little things that didn't stop me from really liking the book, but the cumulative effect did prevent me from rating it five stars. There were some issues with pacing and transitions and some jumps in time that jarred the flow of the narrative. The large cast of secondary and ancillary characters was nice, but I would've enjoyed more time with Tabby and Bunny in scenes together beyond their sexual relationship, something more centered on them becoming a couple, not just mates. And about that sexual relationship... One major flaw in the book for me was how Bell dealt with Tabby's sexuality. At fifteen she had very limited sexual experience, then she was Outcast. She spent eight years as a wolf, then had a one-night-stand since rejoining civilization. I can understand her enthusiasm for sex with the smokin' hot Alex (Bunny), but I question her proficiency with certain techniques as described. It may sound nit-picky, but I have to admit, it strained my willing suspension of disbelief to such an extent that it drew me out of the story a couple of times.

All that being said, I'm excited about this series. I love the set up for the coming conflicts and issues, enjoy the humor that's been included, and while overall there are similarities to Laurenston's slightly more accomplished Pride series, there's definitely room for both to be totally awesome in the genre. I'm happy that Bell is writing full length novels and can't wait to see where this series leads. Hopefully soon. 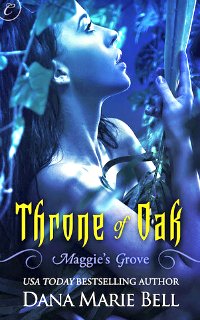 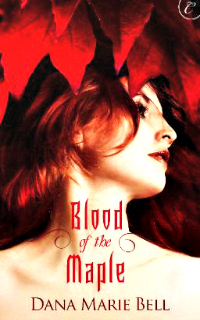 Return from Bear Necessities to One Good Book Home