An Explosive Package of Suspense, Action, and Romance 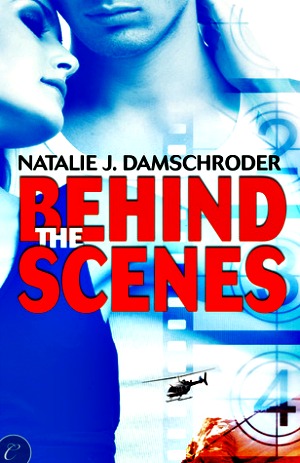 Driven by the murder of the elder brother she idolized, Kennedy Smyth has spent a decade building an elite security business with the sole purpose of protecting companies and charities working in dangerous countries. Her team is the best in the world. She's the best of the best.

When a family friend asks her to take a job providing security for his son's movie production, Kennedy wants to dismiss the job as frivolous. She doesn't do frivolous. Plus, she has doubts about the legitimacy of the threats against the director and lead actors, regardless of some of the dangerous rhetoric they've been receiving. Still, there are jobs she can decline, and those she can't, and a personal request from a family friend is definitely one of the latter.

Once on set, Kennedy and her crew are all business, doing their level best to secure the actors and director and make the environment as safe as possible. Complications, though, arise quickly on what should have been a simple job, complications in the form of the actor who is the movie's leading man. Try as she might to keep a professional distance between her and the good looking, charming Rogan St. James, he is intent on pushing through her defenses from the moment he sees her.

If she hadn't already been wrong once, and the danger to the set and the crew hadn't been proven to be all too real...and if she dared to be at all honest, she would be just as interested in him. Not that she would ever act on those feelings. No matter how enticing he is.

Those good intentions may be blown to hell when the job's complications turn critical. The machinations of a determined madman have become all too personal...and are targeting neither the movie nor its cast and crew, but Kennedy herself. If she doesn't stop a deadly foe she can't see or find before he can kill her and anyone close to her, she may lose more than her life, she may lose the man who - despite herself - has become the leading man in her heart.

Okay, I'm just going to rip that bandage off right away, because I had some issues with this book. The premise for the external plot conflict was a stretch for me. I just couldn't quite buy into the actions and motivations of the Bad Guy or understand why 'they' (as a gender-nonspecific pronoun) would go through the convoluted gyrations 'they' went through to achieve what 'they' wanted to achieve. Because of that, the security job on the movie set and the subsequent introduction of Roman and Kennedy came off as a bit contrived to me after the dust had settled.

I also wish more attention had been given to the relationship between Roman and Kennedy as it evolved. What was there was okay, and I did like them both as individual characters and as a couple, but Roman just didn't seem to be as significant a presence in the story as I would have liked him to be, and the romance arc suffered just a little for me because of that.

There, now that's said, let's get to the parts that I loved, which far outweighed those petty issues. I adored Kennedy as a lead character and love, love, loved that she was not only the top of her field in a very male-dominated occupation, but that she started and built her own company around that field. Yes, I freely admit, I have a wide and large soft spot for kick-ass heroines, but what I admire more in my fiction are women who excel at unconventional jobs, work hard, and command respect for it all.

That she was also a flawed and slightly broken woman still haunted by the death of her brother and was someone who definitely sacrificed a lot to be where and who she is just made it all the better. Loved her.

My hat, were I wearing one, would also be doffed for Damschroder for doing such a remarkably superb job creating and executing such an intensely complex security job. With seemingly effortless aplomb, she manipulated and wove together the myriad pieces of characters, setting, and suspense, and produced one of the most detail-oriented and believable scenarios of a realistic security detail that I've read in romantic suspense. Ever. And considering the proliferation of security teams/bodyguard organizations in the RS genre and the number of books featuring them that I've read, that's saying something.

I may not have totally bought into how Kennedy came to provide security for that movie, but I have nothing but admiration and respect for how bloody well written it was once they were there. Everything from the initial preparation of her team to the rising anxiety as the threat level increased to the actions and decisions made as a result of that increased threat worked perfectly for me. It was intense, compelling reading and I adored it.

The secondary characters that made up her security detail, while perhaps not excessively fleshed out, were given enough definition to seem completely individual and believable to me. I do wish Diane had been introduced a little earlier in the story, because I loved her attitude and thought she had a fantastic presence on the page. I would thoroughly enjoy a book that featured her as the lead character. That Damschroder was able to just plop her down, flesh her out, and make her so damn respectable and likable in such a short period of time shows off her impressive storytelling chops.

Without doubt, I thought the scenes surrounding the security detail job were brilliant and the plot - beyond the premise - was chock full of action, suspense, and intense emotion. The characters were well drawn and the storyline packed with enough depth to keep me engaged throughout. I wish the romance had as much emotional impact as the suspense, but what was there didn't disappoint, either. The excellent storytelling and strong characters made for memorable romantic suspense and created for Damschroder a new fan of her writing. I can't wait to see what else she has out there, and wonder what's coming next.

Return from Behind the Scenes to Romantic Suspense Genre

Return from Behind the Scenes to OGBDA Book Review Home