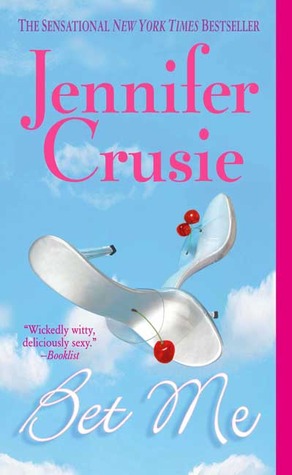 When her boyfriend David dumps her three weeks before her sister's wedding, Minerva Dobbs mostly feels annoyed. She knew there was a reason she never had sex with the man. In a quirky show of support, her two best friends convince (goad, really) her to take the gorgeous hunk that she sees talking to her ex by the...horns...to show the weasel up. The only problem is when she gets close, slipping in from behind them, she overhears David betting the handsome beast Calvin Morrisey that Cal can't get her into bed within a month!

Min's not a thin, hot redhead like her best friend Liza and she's not a petite blonde cutie like her other best friend Bonnie. No, Min's under no illusions. She's chubby, she hates her body, and the only risk she takes with her statistics-minded self is on shoes that express far more personality than her boxy, conservative clothes. She's just been dumped and she's feeling a bit vindictive after hearing about that bet, so when Cal approaches her not five minutes later, she's intent on making him pay a little for being the shallow, callous jerk he is.

Cal thinks Minerva Dobbs is the worst date he's ever had, but he doesn't lose bets he makes. He bet that idiot client of his back at the bar that he could take Min to dinner and by God, that's what he's going to do. Sure, he knows David was drunk, and there was no way he'd ever agree to any bet to get a woman into bed, not even for $10,000, but he didn't hold it against him. He'd maneuvered the man and the bet to take the caustic and snippy Min to dinner (woah, when she smiles at his friend Emilio she's like a whole other person...but she's still snippy) and then he'd walk her home (seriously, how come she's so nice to Emilio? Cal knows he's more charming than Emilio but she's not being nice to him), wish her a good life (oh, wow, she's got the sexiest shoes - and toes) and never see her again (despite the fact that the way she eats food is the most erotic thing he's ever seen).

Cal and Min couldn't be more wrong for each other. Cal's a superficial hit-and-run player and Min is a practical actuary who spouts statistics about...everything...all the time, hates her body, and thinks happily ever after is a fantasy for suckers. But they keep running into each other. And despite the pummeling his ego takes from Min's caustic wit...and despite the headache from all the eye rolling that Min does to combat charm boy's superficial smarm, a spark is born...and then flames...and then an inferno. The romp is long and riddled with potential disasters, but it's the most fun either Cal and Min will ever have. Bet me.

What a light, fun read this was! I'm not saying that just because chicken marsala is my favorite meal of all times, either, though that certainly didn't hurt. After a particularly dark reading experience just prior to this, I went looking for something that would make me smile and warm the chill from the last book. I found Bet Me and couldn't be happier that I did.

Full of quirky, funny characters and zany, endearing situations, I quickly fell for Cal and Min, despite their peccadilloes - or maybe because of them. Cal, the darling, starts out like a superficial (but charming) guy who's tired of the dating scene and just wants some peace and quiet in his life after his last girlfriend tried to race him to the alter. Min is sharp as a tack and intelligent, but her body image sucks and she dresses to hide the curves her mother's been nagging about since her childhood. To say I know someone just like Min - and her mother - would be a gross understatement.

Together they're an incendiary mix of humor, heat, and frustration and their evolving relationship is adorable, with deeper undertones that start to show themselves as the reasons for their initial character traits start to become apparent. Crusie does a fantastic job of keeping the message light, but there are a few good messages there for women who put too much emphasis on body image for their self esteem.

The message stays light, and the book is firmly entrenched on the more humorous side of romance, and I, for one, am very grateful. For a long book, it read very quickly, as the narrative is butter smooth and the dialogue fast, intelligent, and wickedly sharp. There's not a lot to complain about here if you're looking for a nice bit of brain candy.

There are one or two aspects that kept my appreciation for Bet Me in the four star range, like the blow up at the wedding that seemed a bit out of character for Cal and Min so it sort of felt like conflict for conflict's sake instead of organic story development. So, too, a big confrontation scene at the end including both sets of parents, which went way beyond ridiculous. Who acts like that? There were a few other issues similar to those, issues that didn't bother me too much as long as I kept my tongue firmly planted in my cheek, but they did prevent me from rating the book higher.

That's okay, though. It didn't keep me from downloading a few other titles by Crusie and it won't prevent me from going back and rereading this one. I enjoyed Bet Me. Very much. And it was just the fun, light romance that I desperately needed when I needed it. 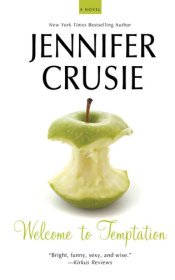 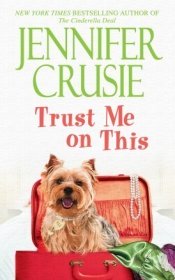 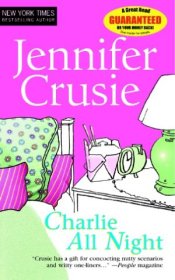 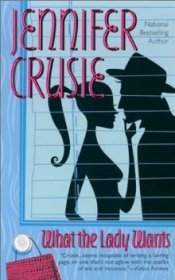 Return from Bet Me to Contemporary Romance Genre

Return from Bet Me to OGBDA Book Reviews Home