Fun and Funny, But With Flaws 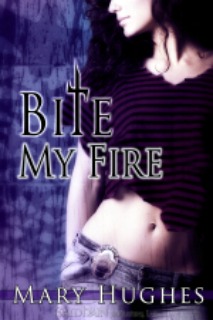 Elena O'Rourke is the junior probationary police detective on the third shift, pining desperately to make full detective status, when the body of Napoleon Shrimpf falls into her lap - metaphorically. Dubbed by Elena to be The Case of the Punctured Prick, she scrambles to solve this bizarre murder as she struggles to maintain her rep as a competent cop's daughter (WWDD - "What Would Daddy Do?" is a mantra of hers) amid the frustrations of an unwanted and criminally chatty partner and under the attention of Bo Strongwell, the sexiest male she's ever seen. Despite the fact that Bo keeps turning up and turning her on, and Elena wants nothing more than to solve her case and end an achingly long sexual drought (not necessarily in that order), he's a suspect, and puts the suspicious in 'suspicious character.'

Strongwell wants nothing more than to protect his town and his...people...until he gets his first taste of Elena, and then the Vikingesque vamp can't get enough of her scent and her taste and her. But secrets divide them, and as he tries to protect Elena and keep his true identity hidden, his growing lust and affection may draw her into a deadly threat - not only to her life, but to the future of the whole town.

I liked Bite My Fire. I thought the plot was engaging and the vampire mythos seemed original enough not to come across as a tired revamping (no pun intended). The setting, Meiers Corners, is chock full of quirky and pop-iconic tertiary characters (like the town gossip and hair cutting maven, Dolly Barton, and the CSI agent whose initials are CSI and who bears a startling resemblance to William Peterson...and for those Buffy aficionados, the vamp prostitute, Drusilla) who add a definite flavor to the mix. And too, while I didn't find it laugh-out-loud funny, I certainly found it humorous enough to make me smile quite a bit through the reading of it. But there were some problems.

Most notably, I had some issues with the two lead characters. Written in first person from Elena's point of view, I couldn't seem to truly warm to her and thought too much of her character was defined by her hormones, not enough by her intelligence. I'm all for a lusty lead, but when it's a driving personality trait to the extent it was in Bite My Fire, the character sometimes comes across about as shallow as a puddle. It's a pity, too, because there was definitely enough backstory provided to give her some depth - with the history of her parents and connection to her sister - but she focused so much on her sexuality that it muffled all the rest. And Bo was little more than a cardboard cutout of hunky male yumminess. Again, I like me some hot male vamp, but if it's the only aspect of him we really see, it makes it hard to see him as a full person. That issue made a scene at the end seem particularly jarring, when he seemed to do a complete about face from tall, blonde, sexy, and mysterious to earnest family man wannabe.

Ah, but I said most notably. I had other issues as well. Personally, I think this book would've benefited from some critical editing - not to fix errors, but to pare down and streamline the story itself. I felt the beginning, pre-Elena finding out about vampires, went on far too long. I also think what started as a shiny glitter of amusing and quirky characters slowly got dragged straight into repetition and ended up bordering tedium. Detective Dirk, for example, started out as a cute character but quickly got on my nerves. As did Elena's fleeing from him. In fact, I'd say overall I would've preferred a bit more focus on character development and the relationship between Elena and Bo, and there would've been plenty of room for that if everything that happened 3-4 times (or more) in the book had been pared down to 1-2 times (including evading Detective Dirk, confrontations with Elena's sister, descriptions of every nuance of Bo's body, and the many many reminders of how long it'd been since Elena had last had sex). Also, I had one other slightly odd issue that I can't remember having in the many paranormal romance/urban fantasy series I read. I thought the vampire mythos in this book was a bit vague and anorexic in definition. What was there seemed sort of new and potentially fresh, but there really was so little explained, and most of that not even by an actual vampire, that I couldn't quite sink my teeth into it (pun intended). The lack left that aspect of the world far less clear in my mind than the setting, and as it's a vampire paranormal, I think that's a problem.

All that being said, I did like the book and I'm going to be reading Biting Nixie: A Biting Love Novel, which, if I understand correctly, was the first book published, but the second in the timeline of the Biting Love series. I may be wrong about that, though - I'm a bit confused on the point - so don't quote me. 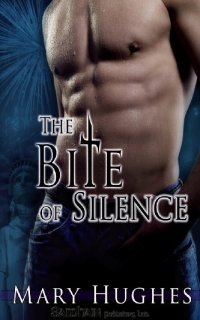 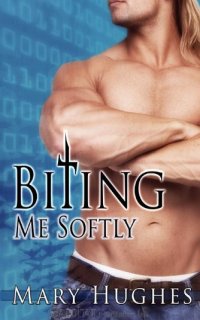 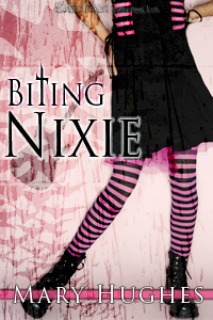 Return to top of Bite My Fire

Return from Bite My Fire to OGBDA Book Reviews Home