Red's All Shades of Gray 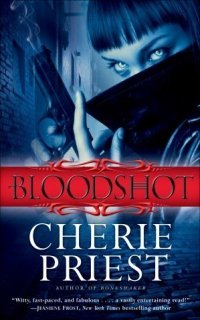 Insular, paranoid, cautious to the extreme, vampire Raylene Pendle isn't happy when a potential client contacts her at her home. Still, the client's pitch is intriguing and it's not often Raylene works for another of her kind. She tends to avoid other vampires. Meeting Ian Scott and getting the details on the job he wants done is more than just rare, it turns out to be more horrifying than she could have ever anticipated.

Coming face to face with a blind vampire and finding out that the government was responsible, having abducted and experimented on him years ago, stirs every one of Raylene's deepest, darkest fears. There's nothing that scares an immortal more than the idea of an eternity with a debilitating disability like blindness. She hadn't even known it was possible. And Uncle Sam knows vampires exist...and has captured them? Oh yeah, that's a world of bad news.

Ian didn't go to the tremendous risk of tracking her down simply to scare her, though, nor did he look her up for her stellar wit and irresistible charm. Mostly because she has none. No, he contacted her because of her reputation. Raylene may be an incurable neurotic with OCD issues, but she is also an exceptional thief. World renowned, actually, and wanted by countries all over the world. And when you're a blind vampire who needs the medical files from a now defunct government-funded project so Top Secret it hardly even existed when it was in full operation, you want the very best. And Ian has to have those files to have any hope of getting his sight back.

The case will take Raylene from her home base in Seattle to the sultry streets of Atlanta, from the brutal cold of the northern Midwest to the brutally political Washington, D.C. Then her own warehouse storage space is compromised and groups of strange men in black...maybe even the Men in Black...start showing up everywhere she goes. Raylene realizes she's in the middle of something much bigger than she's ever dealt with before...and what started as nothing more than a challenging job with a lucrative paycheck has become very, very personal.

I try to be pleasant, but I'm not very good at it. The best I can usually pull off is "professional if somewhat chilly." It's not ideal, no. But it beats "awkward and bitchy."

This exciting series debut was a lot of fun. The characters are fresh and the story unique. That alone is a wonderful rarity. What set this book apart for me, though, what made me really excited as I was reading, was Raylene. I sorta loved her.

That's a good thing, too, because you have to if you're going to like the book. Told in her first person point of view, the narrative is a meandering, digression-rich cornucopia of delicious internal monologue and random witticisms padding a plot that, if I'm honest, didn't really do much for me. I never quite connected with the Big Brother badness and mystery surrounding the experimentation on vamps and other species. And the resolution of that particular plot thread left me with more questions than the story answered.

Fortunately for me, there was more to the book than conflict concerning the government's questionable scientific explorations, and Raylene was a big enough delight that I thoroughly enjoyed the read. I loved her moral ambiguity, her rampant neurosis, her ambivalence about the kids squatting in her building, and especially her friendship with the ex-Seal drag queen Adrian. I loved seeing her evolve from the very solitary thief to the vampire with a growing circle of people who matter to her.

She has no conscience when it comes to killing or feeding. She's a vampire, that's part of the whole gig. Doesn't mean she's an indiscriminate killer, though. She's old enough that she doesn't have to feed often and she's content with that.

Touchy-feely she is not. Nurturing she is not. She's honest with herself - the good, the bad, and the batshit crazy. She's also funny, with a dark, me-first sense of humor that blends nicely with a wry self-effacing humor. The combination appealed to me. And man, she tells an intensely thorough tale. I loved the conversational stream-of-consciousness narrative, don't get me wrong, but even I felt it could have been a little bit tighter and gone a little lighter on the superfluous detail. The pacing of the book suffered a bit in places when she started to ramble on inconsequential details.

I'll say this, though, by the end of the book, readers have a very intimate and three dimensional picture of Raylene as a character. That worked very nicely for me, but honestly, it may not work for everyone. Personally, I think the book rests on Raylene's shoulders. Like her, like the book. And I did.

I rigged the door with a cheap alarm that would give me time to...I don't know, panic and cry, if anyone tried to bust in.

"About your car," she whistled quietly between her teeth.

"Not unless they're magically tracking me by the pixie dust that spills out of my ass."

Whoever was on my tail already knew enough about me to cramp my night, and while I'm usually the very soul of discretion, every now and again a girl has to tear loose and run like the devil knows her name.

Because he does. And he has a serial number with which he'd like to replace it.

"Are you still apologizing to the dead people?"

They already knew we were coming. We needed to act before they knew we'd arrived. 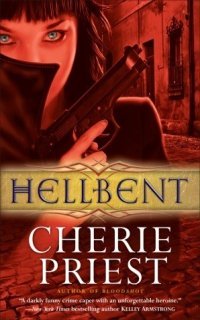 Return to top of Bloodshot