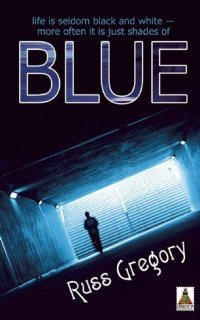 Disclosure:  An ARC of this book was provided to me by Bold Strokes Books via NetGalley. This rating, review, and all included thoughts and comments are my own.

On a hot, Austin night, the crack of a single shot echoes through the city streets and a young man collapses to the gritty concrete, bleeding, writhing in pain...dying. His death is agonizingly slow. He was gay. And he is not the first.

Over twenty years ago a killer hunted his prey along these same city streets. All were young gay men, all were gunned down with a single rifle shot. The killer was never found. And now he's hunting again.

Matt Bell had been in college when he'd taken a bullet all those years ago. He'd survived only because his friends were close and got help to him quickly enough. Since that night, he's lived a life of emotional isolation. Never letting anyone close, never letting anyone in. And he's getting a little tired of himself over it. Especially when he catches a glimpse of an attractive but obviously haunted man in a bar one night. Matt feels inexplicably drawn to the solitary character and for the first time in as long as he can remember, sets out to actively pursue him.

The death of his lover years ago has rendered Thatcher Keeney a veritable recluse, even as the crushing weight of loneliness threatens to suffocate him. When he runs into an attractive man at the grocery store, he feels both awkward and unsure, but he can't deny the zing of...something...that he feels, the first since losing Adam so long ago. Matt is charming, and adorable with his earnestness, and Thatcher can't help but respond.

As the two men start a very jerky, halting dance of attraction, need, and want, they are unaware that the threads that connect them to each other go back far, far longer than either could guess. And then each man gets a phone call that will shake their world and threaten to crash it down around them both.

A cold case, labeled Blue by Austin Police Department's Cold Case Unit, has had some fresh and horrifying activity and the police detective, now Lieutenant, who had originally investigated the crime over two decades ago was informing the survivors that there have been new victims. For Matt, it's a shock. For Thatcher...it's something else entirely. And the potential of their feelings for each other may not survive the fallout of the news. Then again, neither of them may survive the killer, either.

I wish I could say that Blue was a case of love-at-first-page, but I have to admit, I had to work to get into it. I almost gave up more than once as I pushed through the first few chapters. The many shifts in character point of view in the narrative, the sheer number of characters introduced with no framework to fit them into place, the lack of explanation or much in the way of plotline setup, and the nebulous and shifting timeline all conspired to make the first few chapters of the book both a confusion and a headache. I felt lost for far longer than was comfortable before the story started to fall into place.

The good news is that once it did, I found much to like about Gregory's debut.

Being a visual thinker, I can't help but think of books like this, suspense books, mysteries and the like as big multi-piece puzzles. The more pieces of the puzzle, the more complex the tale. The more complete and "visually appealing" the final picture, the more I like the book. Once all the pieces were assembled in Blue, I have to admit, there were some parts of the picture that were a little muddy, some a bit two dimensional, and in some places the pieces didn't fit together quite as seamlessly as I would have liked. In several of the individual puzzle pieces themselves, however, I found the gold of this story.

Yes, there's an unknown serial killer once again stalking and killing gay men in Austin. The investigative plot threads were fine, if a bit sparse and too light on secondary character definition for my tastes. I enjoyed how Gregory fit together the pieces that were there and thought it made for an entertaining read. I would have liked a bit more of the dots connected than were, though. I had several unanswered questions about the killer, things mentioned in the narrative that went unexplained - like the significance of the lunar calendar, or why the killer shot so many without a change MO given his actual goal - to feel completely satisfied with the suspense.

Matt, though, with his melancholy and his yearning for connection, and Thatcher, still mired in guilt and grief after all those years, were absolutely and completely captivating.

While there are definitely several different character's points of view featured in the book, Matt is the main character, and I totally got him, if you know what I mean. A little clueless, a little haunted, toting around a lot of baggage from being gay and growing up in a conservative family. His past left marks on his soul even as it molded him into the man he became, and I felt for the echoes of loneliness that still plagued him. It was a very genuine portrayal of a character that was sympathetic, believable, three dimensional, and real. And once he started fancying Thatcher, he was even geekily endearing.

Thatcher was more viscerally tormented by his past. With good reason. Losing Adam as he did was...wow. Just gut wrenching. Still, as much as I liked him - and I did a lot - and was just in tears in places as his story was revealed, the disjointed and confusing timeline of events in the book hampered me the most in relation to his past and his character. I just couldn't figure out when things were happening and how long it had been since he'd lost Adam.

It seemed like a really, really long time for the grief to still be so debilitating and devastating. That being said, even though I wasn't able to totally commit to the emotions as they were portrayed, I still felt them and understood (in theory) how utterly the events Thatcher suffered could wreck a person. I felt for Thatcher, mourned Adam with him, and held hope for Matt because Matt and Thatcher need each other very much. That need and that bond between them was fairly awesome to see as it strengthened into a potential relationship.

Not every facet of Blue worked perfectly for me. Not every element was as rich and well developed as I hoped. Not every aspect of the suspense was completely successful. Still, there was a wealth of gut wrenching, powerful emotions captured here, and a lot of solid storytelling that just flat-out touched me, or made me sad, or horrified me, or thrilled me. Maybe it wasn't a perfect puzzle for me once it was assembled, but it was entertaining, and some of those individual pieces were pretty damn awesome, all by themselves.

Reed answered. "Total confusion, disconnected nothing, absolute bewilderment. It's an enigma wrapped in a mystery, stuffed in a burrito, and smothered in taco sauce." He smiled. "Sorry, Lieutenant, I'm a little hungry."

Thoughtful and interesting review. Very true to the story and, truth be told, I think you got what I was trying to say.

Russ,
Thank you for visiting OGBDA and commenting on my review! It was a pleasure reading and reviewing it. Matt and Thatcher were lovely, memorable characters and I enjoyed spending time with them. Best of luck in all your future stories.

Return from Blue to LGBT-M/M Genre

Return from Blue to One Good Book Home