A Dark and Edgy Read 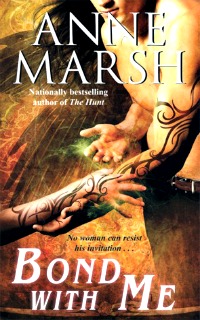 Disclosure:   An ARC of this book was provided to me by Dorchester Publishing via NetGalley.

They were set up. Since creation, the Dominion served as faithful warrior angels defending the throne, but that loyalty earned them little when the archangel Michael accused them of heinous crimes and banished them from the heavens. Stripped of their wings and souls, robbed of their emotions, they fell. Cursed by Michael's fury, they became Goblins - half man, half beast - dependent on the souls of humanity for sustenance. They were promised a chance at redemption. They were promised the hope of soul mates and reemergence into heaven. They were promised...everything.

In the three thousand years since, that promise has gone unfulfilled. And the Fallen have long since stopped believing in anything they were promised.

Brends Duranov had a bone to pick with Michael about that, among other, darker things. The Goblin didn't have much faith in getting the opportunity to do so any time soon, though. Instead he focused on more pressing matters as he stalked through his M City club, his attention diverted from the throng of humans pressing to get in and make their dark deal with a devil they couldn't possibly comprehend. With no thought of compassion, he spared their pathetic lives as he hunted the one bright soul who had been staking out his club for the past three nights. She is the only one he wanted, and he could ignore the hunger of the beast inside him until he had her right where he wanted her. Beneath him and at his mercy.

Good girl Mischka Baran wouldn't be in M City's Goblin club G2 if she didn't have a very compelling reason. She knows what the Goblins are, is well aware of the danger in their sought-after embrace. If her cousin wasn't missing, she wouldn't be anywhere near the oppressive weight of throbbing music, desperation, and forbidden hunger that permeated the place. But her cousin is missing. And Mischka had long ago assumed responsibility for the younger, impetuous girl. So she tries to be fearless as she beards these particular lions in their dens.

She just hadn't anticipated the visceral force of one particular and obviously very fierce lion.

Mischka doesn't trust Brends, but he is the only one who can help her. And stumbling over a dead body behind his club as she searches for him just intensifies her need and shortens her timeline. The victim is a human woman. The murderer obviously...isn't. And this dead girl isn't the first to fall victim to such a creature, either. If her cousin is alive, Mischka needs to find her fast. If she isn't, she will need Brends to have any hope of retribution. Only a Goblin has a chance of stopping one of his own kind.

But when the sadistic serial killer terrorizing M City turns his attention towards her, she knows that to survive, she's going to have to do whatever Brends asks her to do. No matter how dangerous it is to her soul...and her heart.

Decadent and dark, Marsh goes for the hard hit in this intense series debut. Though fallen angels have become overly proliferated in paranormal romance and urban fantasy of late, and they're definitely not one of my favorite supernatural creatures, I enjoyed the world and mythos created here. There's just enough spin to make fresh and seductively deadly what has quickly become overused and tired.

That's not to say I didn't have some problems with the book. The futuristic setting was wonderfully gritty and the plot was compelling, but I was perplexed at times by the information provided about what Goblins do to the humans they bond with, their feeding needs, and what results from that feeding. That information seemed to contradict itself in several places.

At times the reader is told that bonding with a Goblin results in nothing but death or madness for a human, at other times, it seems the bonding is contracted within a certain time limit that would be easily survivable. I was never sure if Goblins often bond with humans for short periods so they can feed without risking the Change or if every bonding results in madness or death for the human. Those conflicts and the confusion they created made it hard to fully immerse myself in the story as I was reading.

I also found the narrative to be jerky and inconsistent in places. The frequent shifts in the perspective of the point of view were sometimes difficult to follow. It wasn't always clear to me what was going on when and how it all related to the overall plot. The character definition was also a little sketchy and seemed a bit contrary, and character emotions seemed to vacillate wildly in very short periods of time. Mischka is introduced to the story as a good girl looking out for her cousin, but later her character has suddenly always wanted to be a little bad and feels constrained by expectations. Little Miss Perfect becomes a bit more Girls Gone Wild. The transition didn't quite feel natural or organic to the evolution of her character.

More appealing and more consistent was the sheer otherness of Brends and his emotionless ability to manipulate without conscience. He was sinfully sexy, but he was also very dark and self-interested for a good portion of the book. That may not breed a lot of sympathy for him as the male lead, but he was definitely intriguing. I enjoyed finding out more of his backstory and getting a glimpse of his past.

Unfortunately, there's so much going on in the plot and page time given to fleshing out of the world, that neither the primary romance arc between Mischka and Brends or the secondary one with Pell and Dathan were completely satisfying for me. The evolution of both seemed just as jerky and lacking in cohesion as parts of the narrative and I wasn't convinced of the depth of emotion portrayed at the end. That's not to say that both couples don't have a fantastically edgy and intense sexuality, because - woah - they so do. The sex in this book was hot. Full stop. Some of the physical scenes definitely pushed the envelope, and I could easily imagine the inherent sexuality of the Goblins taking an even darker, erotic turn in the future.

The strength of this book for me lies in the world and the history of the Goblins. The reality of their existence is pretty horrific, all things considered, and it does breed a level of sympathy despite their very alien natures. I loved the long term plans of the Big Bad and finding out how much of his insidious malignancy has been spread through the heavens and on earth. Talk about playing the long game. This is one seriously bad Big Bad. And his primary weapon was nothing to sneeze at, either.

Though the book wasn't perfect for me, and I wasn't totally on board with the main characters' journey through the story, or with the verisimilitude of their romance, I got quickly addicted to the Goblins plight and would love to see how this world expands. If the execution of the narrative gets a little more streamlined and isn't quite so contradictory or confusing, this could be a truly excellent, dark fantasy/paranormal romance series. The potential is definitely there.

Return from Bond with Me to Paranormal Romance

Return from Bond with Me to OGBDA Book Review Home