Psy Councilor Nikita Duncan is having a bit of trouble keeping good help lately. Her top advisors seem to keep popping up dead. A car accident here, a suicide there...nothing suspicious, really. Unless you happen to be one of the most suspicious people on the planet with more than a handful of utterly deadly enemies. Of course, if you're Nikita Duncan and you have suspicions, you can command instant resources to figure out who is targeting you and your empire, even if getting those resources means pulling top Enforcement agent Max Shannon, a human with a natural shield against the Psy, and Sophia Russo, a Justice Psy on the edge of needing complete rehabilitation, off the complex multiple homicide case they'd both been assigned.

Max Shannon is not a fan of the Psy. He hates them rather a lot, in fact. So being pulled off a case he's been working for years to provide a little hand holding and a little case solving for a Psy Councilor doesn't sit at all well with him. Not that he has a choice. The enticing Sophia Russo, however, may be the one exception to his anti-Psy rule. She's a J Psy who doesn't seem as Psy to him as others he's known, and he's drawn to her in ways that defy explanation. Max has every . intention of getting her used to his touch...as soon as she acknowledges the fire kindling between them.

Her abilities are deadly. Her secrets legion. Her death imminent. Sophia Russo has always known her expiration date is looming, her mind rising up against her as her shields slowly shred. A J's job forces him or her to take the memories of the vilest evil and vicious crime from the minds of monsters. Those memories act as toxic waste on Sophia's psyche and she's at her limit. Silence is already beyond her, even though she goes in for reconditioning regularly - full mental collapse isn't far behind.

Then there's Max. He touches her in ways she couldn't have possibly imagined. He stirs her. Makes her feel alive. Compared to that miracle, being targeted by a psychopath is nothing. Stopping a series of politically motivated murders are a cinch. Loving a man, loving that man...and being loved in return...is an exquisite gift - with an inescapable...and terminal...price tag.

By now, eight books into this complex, imaginative, passionate series, nothing surprises me about Singh's talent. Amazes, yes; surprises, no. Still a fresh story, still an evolving and expanding world, yet this book, like all the others, contains delicious threads of continuity in character and series plot that locks it firmly in place alongside its predecessors. I love this series.

I'm especially pleased to say that after a slight disappointment in the previous book, Bonds of Justice came roaring back strong. I enjoyed the external plot conflict that brought a traditional - relatively speaking - mystery thread to the fore, offering a romantic suspense feel to this installment of the series. It was a unique element that fit well with cop Max's and J Psy Sophia's characters. Not only that, but it set up a solid foundation for Max and Sophia's relationship, connecting them on several layers both personal and professional.

They fit well together, and for the first time in the last couple of books, I thoroughly enjoyed both the male and female as leads. Max was fairly typical for the series - alpha male type, passionate and protective. His character was contained nicely, though, and his humanity didn't tread too close to the shifters' fierce animalism, an issue I had with Dev in his book. Sophie was also strong, even as she dealt with the fallout of her fracturing shields. I never got the sense of helpless victim from her as I have some of the other Psy females. She was a weapon in her own right and used her abilities in a way that kept her character swathed in shades of gray - something that always appeals to me.

There are really only one or two things that bugged me a little while I was reading, one of which is an issue I've had with this series since the earliest installments. Too much time in the narrative of the books that feature Psy as one of the romantic leads is devoted to the crises of their impending doom. In all fairness, that's where all the emotional intensity of those books comes from, but it keeps the relationship evolution feeling fairly two dimensional. Each romance starts fast, burns hot, and gets intensely physical - which is great, don't get me wrong. I'm all about the hot and intensely physical. I would just like to see a little more attention and story diversity given to the characters' relationship development beyond the want-take-have stages.

The irony is that we do see glimmers of that in each book for a romantic couple - but it's the couple that was introduced in the first book, Sasha and Lucas. I love seeing their relationship stretch, evolve, deepen and intensify, and seeing them work together is fantastic. Their continuing story line is invaluable to the series. I just don't understand why the featured couple's books can't include something similar.

Regardless, I'm fully invested in this series and thirsty to find out what comes next for the Psy, changeling, and humans. That's the most impressive thing for me, actually. I often get bored with long series. They tend to get stale and their books can start to seem regurgitated after a while. I could name several that I never read beyond book five because I just lost interest. Yet here I am, done with the eighth book of the Psy/Changeling series, and I'm still having to force myself to wait before grabbing the next. I'm anxious for it, but determined to savor the journey through the series, and I don't want to catch up to the newest release too quickly. A series that keeps me that interested must be doing something very, very right. 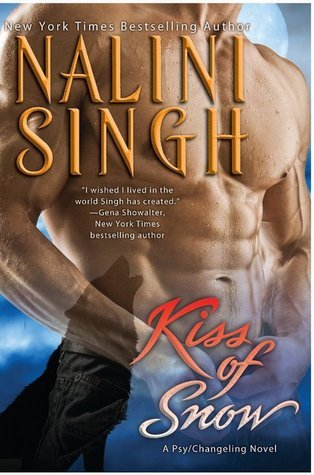 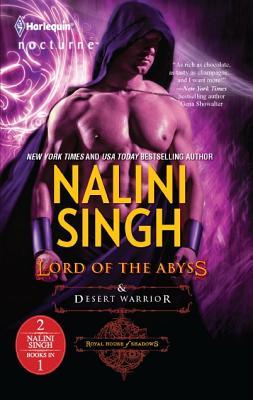 Return from Bonds of Justice to Paranormal Romance Genre

Return from Bonds of Justice to OGBDA Book Reviews Home