Rock Star of a Series Debut 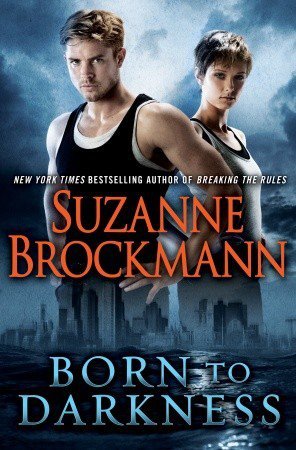 Disclosure:   I received an ARC of this book through the Amazon Vine program at Amazon.com. This rating, review, and all included thoughts and comments are my own.

Warning:   This book contains scenes of rape, torture, and murder of both women and children. Some of these scenes are graphic in nature and may be disturbing for some readers.

In a time not far from now, America stands on a precipice. Rocked by years of economic turmoil, jobs are scarce, poverty has risen, and support for the struggling masses is controlled by the greedy and the rich. The poor and downtrodden struggle to get by, to make ends meet and keep a tiny light of hope alive in an ever-widening, crushing darkness.

In that climate, a new and fatal drug is coveted by those who still have everything. It brings health and youth, it births mental and physical powers that are off the charts. It is instantly and brutally addictive and it occasionally causes its users to go sadistically, murderously insane. It is called Destiny. And it is winning.

In a Research and Development facility known as the Obermeyer Institute, scientists and doctors have discovered that a small percentage of the human population have special gifts, mental gifts, that are nearly superhuman. In a handful of those people, they are superhuman. Those gifted few are called Greater-Thans. Their neural nets, their minds, are more highly integrated than the fractions, the Non-Greater-Thans...the normal ones. Though they publish their research and have proven their talents, they are still largely thought of as a fringe group, delusional and seditious.

And they are the only ones with the power to wage war on the spreading stain of Destiny abuse who have any hope of surviving the battle.

Blacklisted Navy SEAL Shane Laughlin is more than skeptical of alleged Greater-Than powers, even after being invited to the Institute as a Potential, but after a mind-blowing night with a woman he suspects is a member of the Institute, a woman he knows only as Mac, he has no intention of declining OI's invitation. Mac may have pushed him away as soon as she found out he was slated to go to OI, but he's not one to give up that easily.

When the existence of Greater-Than abilities is proven to Shane beyond a shadow of a doubt, and he sees for himself the good they do, he's ready to sign on. Of course, making a place for himself at Mac's side has more than a little to do with that, despite her continued resistance. The stakes, though, get infinitely higher when a young girl is kidnapped by a group known as the Organization. Manufacturers of Destiny, brokers of psychopathic insanity, purveyors of pain and terror, the Organization is a true conglomerate of hell. Stopping them from peddling the results of their butchery and sadistic torture is the ultimate goal. Rescuing one little girl, the immediate concern.

Living long enough to do either...well...that's the challenge.

Set in a grim near-future and featuring a truly stellar ensemble cast, Brockmann not only kicks off a new series with this book, but she takes her first foray into the paranormal with a rock 'em, sock 'em paranormal romantic suspense thriller that is as action-packed and pulse-pounding as it is imaginative and creative. Brockmann paints her gritty world with broad strokes, leaving much of the details of the world beyond the Obermeyer Institute's grounds up to the reader's imagination, but what is there is dark and desperate and disturbingly easy to imagine.

The focus of the narrative is on the characters and the plot, and given the nature and abilities of the Greater-Thans, aspects of OI and its members vaguely reminded me of X-Men...though the Greater-Thans have a far more pedestrian wardrobe and they're much less covert. Their mental capabilities and the intricate and deviously realistic "science" behind those abilities as created by Brockmann were impressively solid and well-crafted. Believable even beyond the normal limits of wild improbability. It created a flawless and comfortable background for the horror that is in the story particulars.

I loved the characters. Though several were heavily featured, and I consider it an ensemble effort, Shane and Mac edged out the most page time. Shane was a fairly classic SEAL - little bit Boy Scout, little bit crazy-ready for anything. He's driven, committed, intense, unwavering...when he isn't being wildly passionate and insouciant at turns, or sensitive and insightful and damn understanding to the irascible Mac. He was easy to fall for and hard to forget.

Dr. Michelle "Mac" MacKenzie was more of a weak link for me. She was awesome in a total kick-ass, don't-bother-taking-names sort of way, and when it came to her work, her character shined. On a personal level, she's deeply flawed, dark, and hostile for most of the book. She struck me as an almost classically tragic literary figure - the empathetic siren - she lures men to her, even if she doesn't mean to, and is cursed to sense their unwavering devotion...never able to trust it's because of who she is instead of what she is. Makes dating a bit of a downer.

It's great for tragedy and angst, makes for impressive character intensity and individuality, and marks her a three dimensional, believable character. Unfortunately, Mac was a stone-cold bitch about it and to Shane throughout most of the book. I totally get why. Doesn't make for many sweet romantic moments in the romance plot threads, though, and it kept her character at a distance for me. As a result, the romance didn't work for me as much as I'd hoped.

There were a few other, minor things that didn't work for me, either. For a futuristic novel, there wasn't much future in it. Cars, motorcycles, cell phones, etc. didn't seem any different than what we have today. Nothing but the science and medical aspects struck me as even marginally advanced. Thinking of the technological advances in just the past five years made the seeming absence of them in over an approximate thirty-year jog into the future stand out to me. So did the kitschy mentions of the thirty-something season of Dancing With The Stars (or So You Think You Can Dance?...I can't remember which), and the forty-something season of American Idol. Add in some of what would be peculiarly antiquated pop culture references for that time, and the futuristic setting never really struck me as futuristic.

I also had a problem with a rather abrupt and sudden shift in one character's personality and actions late in the book - they seemed grossly exaggerated for the seeming and unsubstantiated offense, especially given everything that another character had done on her behalf. Plus, for all that these OI Greater-Thans were all about the science, experimentation, and research, they weren't very smart about some pretty obvious and elementary correlations. That frustrated me. They're intelligent and competent in every other way and yet they just kept getting smacked in the head with the obvious and just didn't see it. And yeah, I'm being purposely vague to prevent spoilers.

Thing is, though, even with those petty and relatively minor annoyances, my first experience (and where the hell have I been that I can even say that) with a Brockmann book pretty much rocked my world. The story was dark, dangerous, and intensely disturbing and the characters were definitely the sort of good guys I find so easy to love and satisfying to root for. I can't wait to get a chance to see Shane again, see how Joseph handles things, hopefully spend more time with Nika, moon over the adorably geeky Stephen and Elliot (and their storyline, while very abbreviated, just made me smile all the way through it), and find out just what's next for all of them. Maybe I'll get lucky and Mac will have some true resolution to some of her issues. And I wonder who we're going to meet next. I can't wait.

Thanks for the warning... I'll be skipping it. I want nice fluffy stuff for the next while :)

Hey, Mariana!
Yeah, this one is definitely not light and fluffy. Some very disturbing scenes that I think are going to disturb some readers.
Good luck finding the next bit of fluff!

Return from Born to Darkness to Romantic Suspense

Return from Born to Darkness to OGBDA Book Review Home