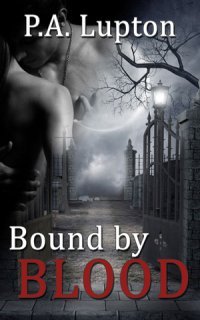 Disclosure: A copy of this book was provided to me by the author for the purpose of an honest review. The rating, review, and all included thoughts and comments are my own.

FBI Special Agent Brianna Reece has known she was different for years, her psychic ability putting her on a fast track with the agency. She's an Empath, and the use of that gift has made her a valuable asset to the FBI; being a walking, talking lie detector definitely has its perks. Now she's moved to Denver, working for the FBI's ViCAP division, the Violent Criminals Apprehension Program, and her first case puts her on the trail of a serial killer whose victims bear a striking resemblance to a very familiar face...the one she looks at every morning in the mirror.

Tracking down a connection between victims leads her and her partner to the office of the owner of Donovan Security, Nathan Donovan. The enigmatic man shocks her with his response to her Empathic probes and he manages to stir a dangerous yearning in her that she doesn't understand. Her psychic ability goes wonky around him, and she's certain he's hiding information relevant to the murder investigation. He is just as certainly not hiding his personal interest in her. That gorgeous a man may be hard to resist...but it's the fact that he's the only man she's ever met who doesn't overwhelm her Empathy that makes him absolutely irresistible.

Dating a suspect in an active investigation is definitely on the FBI's list of Majorly Huge No-No's, but Brianna is captivated with Nathan, and everything in her assures her that he's not responsible for the bizarre murders. The secrets Nathan keeps, though, when revealed, will alter Brianna's life forever, drawing her into an ancient, hidden world of witches and vampires, and shoving her directly into the path of a supernatural evil that is as monstrous as it is unstoppable.

Author P.A. Lupton kicks of a promising career with her debut novel, Bound by Blood. Told from the first person point of view of lead character Brianna Reece, much of the book's success depends not just on the world that Lupton has created and the plot of the novel, but on the likability of the heroine. The world as introduced here has some very nice and original touches, with a deftly drawn mythos of ancient family lines, magic, witches, and vampires. That world building and mythos is cohesive, unique, and refreshing. Paired with a plot of seductive romance and psychological thriller aspects of a series of supernatural murders, those aspects of the book worked nicely.

Lupton furthers the potential of her series with a character who is independent, capable, and tough, and though Brianna has her less-than-stellar moments, and may not be the most unique character I've ever read, she's steady enough a character to carry her own weight. I'm predisposed to liking her, as I favor empowered female characters who take no $h!t, and in Brianna's case, I appreciated that readers are also shown a softer side to her character through the burgeoning relationship between her and Nathan. It kept her human and sympathetic and prevents her from always seeming the bitch she can sometimes be. I do wish her personality had been developed even further, taken to an even more significant level of depth and complexity. She didn't really have anything unique to her as a character and a woman that makes her stand out in a literary environment heavily populated by similar powerful and empowered women who can kick their own asses and protect themselves.

Nathan was a strong character as the male romantic lead, and Lupton did a nice job with him as a major source of information, incorporating backstory into his dialogue without falling into the dreaded pit of info dumping. I liked him quite a lot, though I do wish the relationship he had with Brianna had taken a longer time to evolve. It was too quickly done for my tastes. I sincerely hope, though, that the series is intending to offer up the sort of partnership and relationship between them that Jeanine Frost has pulled off so well between Cat and Bones in her Night Huntress World series, because that sort of relationship/partnership has proven to be a too rare and hard to find mix.

There is much to admire in Lupton's debut novel, and there are also some things that caused concern. Independently published novels tend to lack the polish and tight editing found in books published by mainstream publishing houses, and such is the case here. Some readers are more finicky than others about that sort of thing. I tend to fall somewhere in the middle. I'm willing to overlook minor problems with grammar and punctuation if the storyline is strong enough to elevate my appreciation of the book beyond them.

Bound by Blood treads a bit too closely to my lines in that regard. I enjoyed the storyline and found it an interesting read with some truly wonderful touches, but the grammar and punctuation errors in the edition I read, provided to me by the author, were more than what I would classify as 'minor.' The number of run-on sentences were a particular problem, with the combination of multiple errors drawing me out of the story more than once. Lupton also had an unfortunate habit of using the word 'misogynist' in reference to Brianna's partner, who was not, in fact, a hater of women, but a shameless flirt with some tendencies that leaned towards sexist and chauvinistic behavior...though in a pretty harmless and generally overprotective way. I also noticed Lupton tended towards the British spelling of words such as honourable and flavour, which was disconcerting in a novel set in Denver, CO.

Overall the story could have been tighter, with the romance and the mystery woven together in a more cohesive way. The dialogue was inconsistent and at times lacked a conversational flow, in part because while Nathan had an excuse for his precise manner of speaking, Brianna's wavered between the more natural use of the contractions found in modern dialogue and the absence of the same...sometimes in the same sentence. But for all the technical issues, the story was strong enough and the characters likable enough to provide an entertaining read.

For all the independently published books I've read - and there have been many - I have to say, this is one of the better I've read. Lupton has created a world and characters who bear watching, and for a debut novel, has offered up a lot of juicy story with a plethora of potential future development. I'm interested to see where the story goes from here, and how Lupton's writing evolves and develops along with it.

Return to top of Bound By Blood