A Long Journey For Love 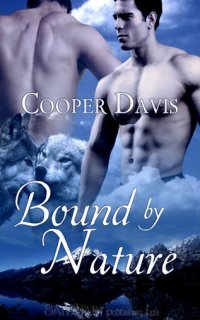 Warning:   This story contains a rape scene that may disturb some readers. In my opinion, that scene is neither overly explicit nor particularly graphic, and was written relatively tastefully given the nature of the assault, but it does exist and sensitive readers should be made aware.

Meet Hayden and Joshua, both Alpha wolves and both heir apparent for their packs...their rival packs. As youth they were high school teammates in sports but they were never friends. They were acquaintances, sure, but Hayden had known he was gay since he was fifteen, been out to his family and his pack since he was sixteen, and had been in love with the very straight Joshua for as long as he could remember. That doesn't make for BFF's in any world. As teens they shared a run in their wolf forms...once. That was enough to compel Hayden to go to Dartmouth, a college about as far removed from their small Wyoming hometown as he could get. A few years later and just months shy of graduation, the twenty-two year old Hayden comes home to visit his family for Christmas. During that vacation, something happens that destroys Hayden's future, puts him in a coma for six weeks and in a jail cell for two years, and steals his memories of the best night of his life...the night he and Josh came together as adults.

Five years have passed since that fateful night, and the elders of each of the young men's werewolf pack are trying desperately to deal with escalating hostilities between packs. Their solution is to mate Hayden, now a reclusive loner, to Joshua, now an officer for the local police department. Hayden is sure Josh betrayed him five years ago, and Josh has secrets he's been unable and unwilling to share. Just getting these two Alphas at the same table opens old wounds and any possibility of them being mated seems unlikely. But Joshua holds the key to Hayden's redemption, and he's determined to give this man everything...absolutely everything he deserves.

With a plot that transitions back and forth through current events and what happened five years ago, Cooper Davis takes the reader on a sympathetic journey into the lives of two men beset by tragedy and clinging to hope. It's a compelling story for the very fact that I grew so fond of both Hayden and Joshua and wanted nothing but the best for them both. I was completely invested in their lives and story, and very much enjoyed reading about them.

That's not to say the story is flawless. Anything but, actually. While Davis has a smooth writing style and strong technique that eased the rough edges off some very difficult transitions and kept me as a reader engaged in these men's lives during some pretty dark times, not everything was so rosy. Her narrative flow is good, but there are some serious story issues that can't be ignored. The bad news is that Bound By Nature has some serious plot holes, some characterization issues, a few plot threads that make no sense in the big picture, and poses a couple of questions that go unanswered. The unanswered questions are particularly vexing, unless there's going to be a follow up (I'd love a sequel). I also had a few issues with a time span that seemed random, and several character decisions made and actions taken defied logic and seemed to deny their werewolf natures. There were more than a few places that I had to struggle with my willing suspension of disbelief, and one or two in which I lost it completely. I also felt that the fact that they're werewolves had too little impact on the development and resolution of the conflict, and very little was provided to flesh out Davis' werewolf world and mythos.

Those are pretty big issues for a story, and honestly, they're all points that usually kill my enjoyment of a book. That's not the case here. In the end, what was most important to me was seeing Hayden and Joshua more than survive tragedy, but find the love that had eluded them for so very long. Stripping away all the issues and problems and I was still left with a very endearing love story and the journey of two likable men. The journey home.

Return from Bound By Nature to LGBT-M/M

Return from Bound By Nature to One Good Book Home