Fell A Little Flat For Me 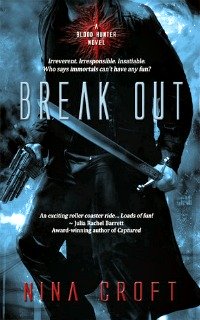 Note:   This review is based on the Kindle edition released July 2011.

In a universe over a thousand years in our future, the wealthy have achieved immortality and secured their power base by selling it to those who can meet their price. They are the Collective and they rule all they survey.

Well...not all. There are some who eschew both the Collective's laws and their immortality. In fact, when you've already lived a couple of thousand years as a vampire, you don't really need an obscenely expensive shot of radioactive mineral in your veins. And as a top predator in this and every other galaxy, following any law but that of the metaphorical jungle is just...ridiculous.

Rogue pilot and vampire Rico Sanchez is perfectly content chasing his pleasures and taking on the wildest, most dangerous jobs with hedonistic glee. Rico lives for the thrill, and the money, and the blood and sex, as he races across the galaxy in his space cruiser El Cazador. He is a jaded, dangerous risk-taker with an insouciant air and a thirst for the wildest adventures.

He gets a chance at the wildest of them all when Skylar Rossaria contacts Rico's partner for a job that will net them a huge payday. All they have to do is go up against the powerful Collective, steal someone from their most closely guarded containment facility, and get away before either the Collective gets them or the black hole near their destination sucks them into its gravitational field. No problem.

Okay, yes, huge problem, as the chance of surviving until payday is negligible at best, but the delicious Skylar stirs Rico in ways his hungers haven't been stirred in eons. And Rico is all about being stirred. It would be nice if he could trust a word coming out of her mouth, or take the job on face value, but Rico hasn't lived as long as he has doing that. And really, trust is overrated.

The exquisite Skylar has her own agenda, for sure. Rico just doesn't care enough about whatever it is to pass on either the job...or the woman.

I loved the concept of this story. I don't read a huge amount of futuristic science fiction, but I've read some I like very much, and I do love vampires in my reading. I thought the idea of a two thousand year old vampire getting along in space after being on Earth - a planet that no one else alive still remembers as it's been uninhabitable for so long - was a killer premise.

And there were some very nice touches. I liked the relationship between Rico and his ship's captain, Tannis. While at times contentious, they seemed to have a very genuine friendship. They struck me as two people who had known each other a long time and knew each other very well, often to the point of aggravation, but they trusted each other implicitly. I also liked that the rest of Rico's crew is an odd assortment of intriguing misfits that either he or Tannis have collected over the years.

Despite that and other good points, I still ended up feeling fairly ambivalent about this story. It's shorter than I think it needed to be to include the sort of depth of character and detailed world building that would have better served the tale. I never really cared for Rico or felt he was as nuanced a character as he could have been. Sklyar's personality was muted by the needs of the plotline for a good portion of the book and I had a hard time pinning her down, as well.

The two of them together had sexual chemistry that worked, but it lacked the sort of emotional connection that I need to fully enjoy a romance.

While definitely packed with action, the storyline wasn't as effective as it could have been. The sketchy world-building and obfuscated motives of some of the characters prevented me from being able to grasp the threat on any sort of visceral level. I couldn't quite feel the full emotional impact from the risks the characters take and danger they're in. Without it, the whole story fell a little flat for me.

There were some pleasant surprises, there were even one or two plot twists I didn't see coming. Because of the nature of those surprises as well as a few dangling plot threads that caught my attention, this may very well be one of those books that I remember more fondly upon reflection if the second book in the series appeals. Be that as it may, I do think this book could have been a far more comprehensively satisfying read for me with another fifty or so pages that allowed for a better set up and explanation of the world as well as further fleshing out the characters with some much needed depth and dimension. 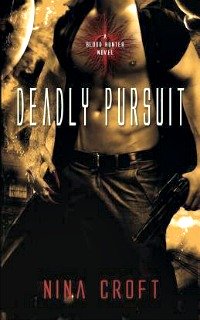 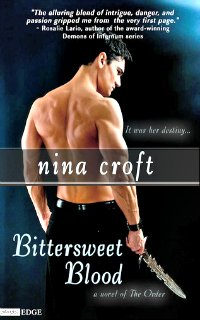 Return from Break Out to SciFi Romance

Return from Break Out to One Good Book Home