More Balanced than His Majesty's 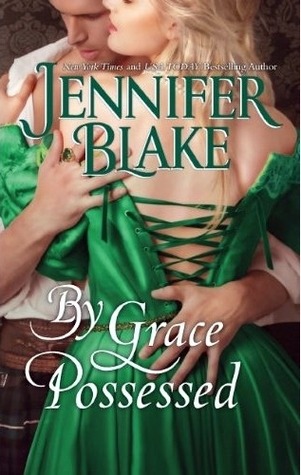 Compromising position or not, King Henry VII's ward or not, Lady Catherine Milton has accepted the word of Ross Dunbar, himself the son of a Scottish laird and current enforced guest...of a sort...to the Tudor king. He swears his loyalty is to his own king and his obligation to his own people. He swears he has no wish to be commanded to take a Sassenach bride. He swears he shall tell King Henry VII that very thing when the inevitable summons comes. He did, after all, spend the night with Lady Catherine. Not for any impure purpose, of course. He had, in fact, saved her from capture by outlaws. The result of that rescue, however, was the loss of their horses and a night stuck in wintry woods during a storm, nothing but a a hastily made shelter and a bonfire standing between them and a tragic, frozen end.

In other words, positive ruination of her good reputation unless he wed her.

Lady Catherine has no more desire to be wed to Dunbar than Dunbar does to have her as wife. In truth, even less. Second sister of the notorious Three Graces and as such protected from an unsuitable match by the curse that befalls anyone who is given her hand in marriage without the benefit of love, Lady Catherine is quite adamant in making sure her hand is not given to Dunbar. He's a rather fetching man, for sure, but he rescued her and shouldn't have to die for the deed.

King Henry VII gives no credence to curses, and he is a wily monarch intent on securing his tenuous reign against a new threat that has cropped up. Though it has been mere months since the last attempt to dethrone him, another uprising is brewing and a detente between Scotland's King James and himself would do nothing but serve. Henry VII commands their betrothal. Dunbar and Lady Catherine can do no more than grimly accept, their understanding of their roles as pawns quite clear to them both.

It is in part because Dunbar so appeals to her that Lady Catherine is so vexed. She doesn't wish him to fall victim to the curse. Yet when an unhappily spurned suitor and enemy to her betrothed turns his frustrations against crown and county as well as Catherine's own well being, it becomes clear that the curse may only be one of very many potential thorns in the rose bed of Ross Dunbar's continued existence.

After the complex medieval history lesson that was By His Majesty's Grace, the first book in Blake's The Three Graces trilogy, I debated continuing the series. I was and still am very impressed with the research that went into that book and the authenticity it lent to the series, but felt the balance between history and fiction was too skewed towards the nonfictional elements for me to really embrace it. Obviously, I finally decided to try the second book, hoping the fiction elements had been improved while maintaining the authenticity and legitimacy of the historical setting in the story of the second Grace sister, Lady Catherine.

I was quite happy to see that they had, and the book had a romantic plot arc that was far more satisfying to me than the one in the previous novel. For that reason, I found By Grace Possessed to be a more entertaining romantic read.

What I realized, though, is historically accurate medieval romances may not be my cuppa. I find the rigid constraints and grim reality for the position of women, as well as the lack of control the noble women had in their own futures and lives, to be counterproductive to romance. Is it realistic that both Lady Catherine's wishes and Ross Dunbar's loyalties would be utterly ignored in favor of a new king's political machinations? Absolutely. It just isn't an atmosphere that breeds or sustains romantic notions for me, and not even Blake's adept writing could quite convince me that love was a powerful motivator in the book.

I was thrilled that Dunbar and Cate weren't as personally close to, or as deeply involved with Henry VII as Isabel and Rand, and enjoyed the character of Cate more than I did Isabel (though I liked Dunbar just as much as I enjoyed Rand). The threat of Lord Trilborn seemed a bit close in theme and events to the conflict generated by Isabel's stepbrother in the first book, but I think the whole of the external conflict was better developed and incorporated in the storyline of this book, so the similarities were noted, not begrudged.

Unfortunately, I quickly became fed up with the repeated referrals to the dreaded curse and the way such a silly superstition affected Lady Catherine's thoughts and feelings. I had hoped that she'd be more sensible. I had also seriously hoped that Blake would ease off on repetitious mentioning of it. I was disappointed on both counts. I'm tired of the curse, which in the previous book readers learned was concocted by Lady Isabel to protect herself and her younger sisters from being made pawns to men's ambitions. I do not understand why the sisters have now glommed onto the curse as if the coincidences of its intended purposes are truly proof of its existence. And I don't like that they have.

That being said, I did have moments of pure pleasure as I enjoyed Lady Catherine and her Scottish laird-to-be, Ross Duncan. They were strong characters, and Catherine had a bit more fire to her blood than even Isabel did. That, along with my deep respect and appreciation for the work Blake put into nailing the historical accuracy and tone of the series, was why I found this one as entertaining as I did. 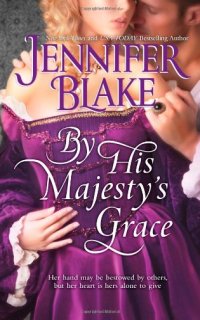 Return to top of By Grace Possessed