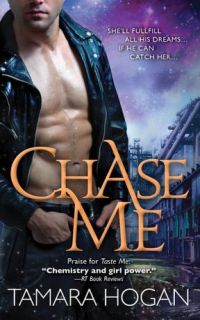 They are among us, but we will never know they're there. Incubus, siren, werewolves, Valkyrie, and more, all paranormal species, all living right beside us. They stay far under our radar, governing themselves, living their lives. They have completely integrated into our world.

They had to after their ancestors crash landed on our planet.

Werewolf Gabe Lupinsky hasn't even had a chance to celebrate being named interim Director of Physical Sciences at Sebastiani Labs before professional thorn in his side, archaeological wunderkind, and Valkyrie Second Lorin Schlessinger interrupts an Underworld Council meeting with shocking information. Patching in from the Isabella archaeological dig in northern Minnesota, where she'd gone to prepare the dig for the coming summer, Lorin informs the various leaders that she's found something remarkable, something that may be the key to a thousand years of their history.

And then she promptly breaks every biohazard protocol that exists while getting the mysterious artifact on camera. Though accidental, Lorin's touch causes the box to open, and with that one mistake, Gabe's stellar summer plans become a several months-long study in frustration and discomfort. He's been sentenced...er...reassigned to supervise Lorin's work in all things related to the dig and the artifact. At the site. In the wilderness. With the bugs. And dirt. And appalling limitations to personal hygiene.

Not to mention the nearly criminal disregard of anything resembling detailed, ordered, methodical reporting and records keeping. But that has more to do with an obstinate Valkyrie than the wilderness.

To top off the joy that this nightmare of a summer is going to bring him, Lorin is about as fond of Gabe as Gabe is of her. When he tells the Valkyrie Princess that he is going to be her site supervisor for the whole season, Gabe has no doubt just how welcoming her reaction will be. Then again, working together won't be a problem if they end up killing each other before they discover the first thing about that mysterious artifact.

Well, damn, when it comes to having expectations tossed out the window, I don't think I've ever seen it done as thoroughly as Tamara Hogan did with this second installment of the Underbelly Chronicles. Nor do I believe I've ever read a second book that is both so dependent on and yet different from the series debut. And that is in no way a criticism, because frankly, this book really impressed me.

I liked its predecessor well enough, I suppose, but I had some issues with the main characters and the romance didn't do much for me. The world was interesting and Hogan's creativity and originality were great, but I wasn't completely won over by that story. She leveled me with this one.

Weaving science fiction story elements into an edgy paranormal romance series? Yeah, I didn't see that coming. I don't know if I missed some major series setup in the first book or if this aspect of the Underbelly Chronicles was just introduced to readers in this installment, but that took me completely by surprise. Though it did answer a few of my lingering questions about the Big Bad from Taste Me.

And while I was already captivated by the depth and unique complexity that Hogan brought to her world in that book, Hogan ups the stakes by giving us Gabe and Lorin for this one. I loved them. I adored them. I couldn't get enough of them.

Gabe is a delightfully atypical werewolf with his obsessive Type A personality, appreciation for the urbane, and science-loving geekiness. He lives in a world where werewolves have a whole host of problems, including a bigoted blowhard for an alpha and Underworld Council First. As a race, werewolves are suffering from a lack of genetic diversity, and Gabe's family has been particularly hard hit. One sister can't hear, another was born without a leg, and Gabe has vision problems.

The fierce Valkyrie Lorin, daughter of the Council's Valkyrie First, is everything Gabe is not. She's headstrong, passionate, fiery, quick to anger and just as quick to forgive. Her race demands she blow off energy at regular intervals or her head and heart could explode. She's usually moving too quick, thinking too fast, leaping too far to take the time to be a meticulous records-keeper, and she doesn't have the patience for trying. Or for anything resembling convention.

The two are about as different as the sun and the moon and they were awesome together. I have a soft spot for Gabe, who is so adorable at times with his uncertainties. Then again, Lorin is exactly the kind of brilliant, strong female lead that I most favor. Their relationship starts out strictly professional and intensely rocky, then quickly morphs into something with real teeth.

There is snark and attitude and one-upmanship. Lust, frustration, and aggression. Wit and wisdom and passion. Respect and trust and love. The evolution of that relationship and all its inherent baggage made for a rock-solid (no pun intended) romantic read that tickled all of my Happy Reader buttons.

Meanwhile, the dig and the story surrounding the artifact Lorin found, not to mention the glimpses of the alien Big Bad and his nefarious scheme, all blend and work together to provide several very good external conflicts and a few plot-driven crises that kept me completely engaged in the world and the characters' lives.

I don't know where Hogan has been, but she writes like a seasoned veteran with an eye towards huge, rich, decadent storytelling. Her characters are three dimensional, like living, breathing creatures, people who suffer and triumph, who feel petty jealousies and passionate pleasure and everything in between. And the world in which they live is just an imagination away from our own.

The only thing that kept my enthusiasm for this book tempered was my uncertainty over how I felt about the space ship and aliens elements. I loved these main characters and I adored their story, but the interloper from off-planet, while absolutely original story-wise, wasn't quite a seamless fit into this storyline. Part of my issue with it, though, may be nothing more than the jarring surprise of his existence, a surprise that lingered long after his introduction.

Still, there were so very many good points in this sophomore effort by Hogan. I definitely preferred it over its predecessor. I'm very glad, though, that I read the first book. Not only did it appease my OCD tendencies, but it set the framework and provided an introduction to the world and the plethora of characters that are included in each book. The stories themselves may be practically mutually exclusive, but both the world and the characters in this series are complex and well integrated into each book, and it helped me immensely having that first one as a step on the way to this one.

I am truly excited to revisit this world and spend more time with this author's work. It's one of the most, if not the most, unique stories I've read in awhile. This was more than a four star read for me, but the science fiction was just a bit too jarring to take it to a four and a half.

"Why buy the pig if you just want some sausage?"

This morning, she wanted to give every person with a penis a FastPass to hell.

Return from Chase Me to Paranormal Romance Genre

Return from Chase Me to OGBDA Book Review Home