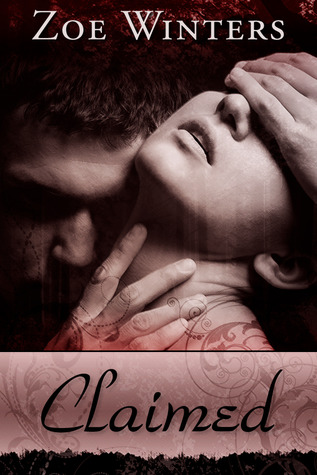 Picking up where Kept (Blood Lust, novella 1 ) ended, more or less, the vampire Anthony is reeling from the drugs he drew out of Greta when he came to Dayne's aid. In his flight from the circle in which Greta had been nearly killed he comes across Charlee's house, blitzed out of his mind and at the mercy of his demon. When he's near Charlee, the scent of her fear heightens senses already pushed to the brink and he feeds from her - almost drains her. Mindless with blood lust, he manages to keep from killing the young woman he's always enjoyed verbally sparring with, but when he wipes her memory of the event, Anthony accidentally wipes her entire memory. Charlee wakes up the next day with no idea who she is, where she is, or what's going on.

Charlee uses some deductive reasoning to hook up with Greta, who takes her to Dayne, who calls in Anthony. Over her friend's objection, Charlee goes with Anthony, who needs to protect Charlee from Linus, an ancient vampire in town for the centennial tournament to determine the king of the vampires for the country. Anthony's by no means a boy scout but Linus is pure evil, and he likes collecting mistakes like Charlee for his own nefarious purposes. Problem is, Charlee's memory might be gone, but she's not stupid, and she doesn't trust Anthony even before she finds out he's a vampire. After...well...lets just say she's got faith and a cross and isn't afraid to use either.

This is the second novella in the Blood Lust trilogy, and I was a little leery of it because I wasn't too fond of Charlee's character in the first one. What I did like about Kept, though, was the original and intriguing mythos and world building that Zoe managed to expound on to pleasantly surprising levels and the sarcastic banter between the two lead characters.

I had similar hopes for Claimed, and some of them were realized. I again give credit to Winters for her ability to flesh out a world and define a species and its culture, in this case the vampires, in a way that's more comprehensive than some full length novels I've read. I also liked the widened scope of characters here, with Greta and Dayne playing a part in the beginning, and later seeing the addition of others that added to the plot development. I liked Anthony the first time around and appreciated the closer look I got of him in this one, as well.

I still think the narrative is a little choppy, especially at the beginning, and I had some problems with the dialogue throughout, though again, much more heavily towards the beginning. It too often seems stilted and inorganic to the characters or to any natural conversational progression. Internal monologues didn't suffer in quite the same way, though, and that was an improvement. I wish the beginning had been conceived differently, because I really had some issues with it, and didn't think the novella really started to grow on me until Charlee and Anthony were back at his place.

The biggest problem I had with Claimed, though, is in no way a critique of the story or the author, and really isn't anything that can be changed. I couldn't stand Charlee. That happens sometimes, personal preferences in characters sometimes just aren't met. It doesn't mean that someone else wouldn't like her, because it's totally subjective, but she represented quite a few of my own personal bugaboos for female lead characters. When suffering from amnesia she came across as too weak and easily led, and even her brief flashes of temper seemed more petulant than independent, and after the amnesia was resolved, she alternated between horrified and bitchy, neither of which I found attractive. I only wish there had been a detente with Anthony prior to the events in the Tournament, because without it, the change in their relationship seemed a bit too abrupt. Further details withheld to prevent spoilers.

I wish there had been more banter between Anthony and Charlee, because Winters did that really well in Kept, and I wish I didn't detest Charlee quite so much. I still have Mated to read yet, though, and I'm looking forward to it.

I really wish everybody could write a negative review like you. (I don't normally respond to negative reviews, but you're the only person I've come across who can write one without bugging me in any way, LOL) There's no way to get upset or defensive about it. It's clear, honest, and fair. Thanks for reading and reviewing. I'm sorry you didn't like Charlee. I hope you like Jane better! And thanks for continuing in the series!

Hey, Zoe.
Thanks, again, for your comments about my review. I'm consistently impressed by authors who respond to negative reviews. It shows a lot of character, I think, and appreciate you taking the time to do so.

It's a difficult thing to do, write a negative review, and I've read so many that are no more than personal slurs and vitriol that have little or nothing to do with the story/book and everything to do with personal attacks against either the author or other reviewers who rated something highly - occasionally both. They're rude and hostile and do nothing but elucidate that reviewer's unappealing personality.

I'll be the first to admit, I've written some reviews that were very heated. Two in particular come to mind. I can't say I wish I'd written them differently, because I think my points were valid, but I can say they were probably upsetting - but they were about the material, not the author (still...I doubt you would've responded to those).

I try to be objective, and I've long understood that everyone's tastes differ. Ultimately, I'm expressing my opinion, and everyone has one. I try to never forget that an author worked a really long time and tried very hard to write something they themselves, and of course potential readers, would enjoy. I know that better than some, as I did my own writing...once upon an eon ago. Just because a book doesn't meet my personal tastes, or maybe there were technical errors, doesn't give me the right to disrespect the person who tried valiantly to entertain me. Nothing does.

I sincerely wish more reviewers understood that - but given society as a yardstick, I'm not holding my breath.

I'm looking forward to reading Jane's story and seeing how the trilogy turns out.

Oh! And fantastic cover art on all three novellas - very powerful and seductive. I don't know who did them, but they're awesome.

LOL I might not have responded to the review if it had been heated, haha. And I think you're the only person I can trust myself to respond if the review is negative. Otherwise I either A. Walk away or B. End up looking crazy. :)

And I really appreciate the attitude you have about respecting the hard work, even if you couldn't fully enjoy the resulting book. I wish more readers/reviewers were like that.

I designed the covers, but I recently got my cover artist (who designed the cover for the omnibus)to revamp them slightly. So the covers up now, while having the same design have been cleaned up and polished and tweaked a little so they pop more. I'm really happy with them now!