This Series Newbie is Sold 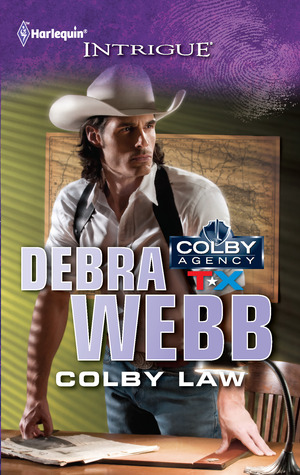 Disclosure:   An ARC of this book was provided to me by Harlequin via NetGalley. This rating, review, and all included thoughts and comments are my own.

They were called the Princess Killers, Rafe and Clare Barker. They have been in prison for over twenty years. Rafe is sentenced to die and has languished on death row for the past seventeen years.

With thirty days remaining until his scheduled execution, Rafe's request to see Victoria Colby-Camp, head of the Colby Agency, a well-respected investigation and security company, is granted. Victoria goes to the prison and meets the man known as a monster. He looks her in the eye and says the first words he's spoken since his incarceration.

Rafe Barker wants Victoria to find his daughters, three little girls assumed to have been victims of the Princess Killers, and protect them. He claims they hadn't been murdered all those years ago, that he had gotten them to safety. He claims he hadn't, in fact, killed any of the girls he was convicted of killing...but his wife had. And Clare Barker has just been released from prison.

Rafe needs Victoria because he knows that Clare will track down their daughters and finish what she started all those years ago.

Lyle McCaleb is new to the Colby Agency's recently opened Houston branch, but his experience and history in the town of Five Hills has made him the obvious choice to track down the young woman identified as the youngest of three sisters and the daughter of Rafe Barker. Her identity rocks Lyle to the bone but guarantees his personal investment in the case.

Sadie Gilmore was the love of his life back in the day. His biggest regret and the source of his greatest pain. He'd loved her, but at fifteen to his twenty-one, she was a sweet temptation from which he had to flee. So he left town, left her. But it's been seven years and Sadie is no longer fifteen. When he shows up at her house, though, her dubious welcome back includes a loaded shotgun pointed at him.

That's when he gets the first inkling that the past seven years wasn't water under the bridge for either of them...and Sadie Gilmore had neither forgotten, nor forgiven him for their past.

I've picked up a book from the middle of a series before, but I have to admit, this is the first time I've started with the forty-eighth book in an ongoing series. Hell, this may be the first series I've ever come across that has that many books in it. Within Webb's Colby Agency world, however, this book is the first in a connected trilogy, and I was intrigued enough with the blurb to give it a go. Turned out just fine, too.

The beginning was the only time I felt a little lost within the existing world. There are names of a lot of different characters that obviously have history in the series, and they're often referred to by either first or last name. Without the framework of previous experience, it took a few chapters to sort everything and everyone out. Once the main plot of the book kicked off, though, and Lyle and Sadie emerged as the main characters, the name game settled and the story focus locked on to their backstory and the threads of their current plot threads.

Second chance romances aren't a favorite theme of mine, but I was okay with this one between Lyle and Sadie. It was handled very well, maybe in part because I sort of understood Lyle's reasons for leaving Sadie all those years ago, even if I didn't care for the way he'd done so. Plus, he'd made some efforts in the interim that smoothed my ruffled feathers a bit.

I enjoyed them both as characters, and that too helped me appreciate their romance. Lyle is fairly typical for the genre. Protective, strong, intent. He didn't have much in the way of annoying peccadilloes but was also a little light on the sort of flaws that would make him more memorable and individual. Sadie was a spitfire with a big heart. She was at war with her father, the man who'd adopted her as a child, and stuck tight to her principles, regardless of the personal cost.

She wasn't too keen on letting Lyle worm his way back into her good graces, which I appreciated, and handled some major upheavals to her life with maturity and aplomb. I liked her quite a lot, and I loved her cadre of misfit animals. Their romance was fairly predictable, but they had a nice, solid chemistry.

Theirs is a romance that seemed sweet more than spicy. My preferences lean more towards sexiness and heat in the narrative. It wasn't bad, it's just tamer than where my tastes usually lay. Sex scenes were limited in description, and written with more euphemism than detail. I also prefer sex scenes to include either a mention of protection or an understanding of why protection isn't necessary. Neither was the case here.

I was surprised by the depth and layers of suspense that the read offered. I wasn't expecting it in a Harlequin line. Not only was the backstory of the Princess Killers horrifying and disturbing, but the threat posed against the characters in this book was violent and gritty. I enjoyed how the story evolved. The multiple threads were woven together into a comprehensive plot that provided several points of plot-driven conflict. In that regard, it was a very satisfying suspenseful read.

This is a solid romantic suspense. I don't know how it compares to the forty-seven previous books in the series (that still boggles my mind), but it worked quite well for me as the opening installment of the trilogy surrounding the children of the Princess Killers. The romantic elements may not have been a complete win for me, but the characters were likable and the read was entertaining. Enough so that I've added the second and third (forty-nineth and fiftieth) books in the trilogy (series) to my Terrifyingly Tilted Tower of TBRs.