Kicking Myself for Starting Late 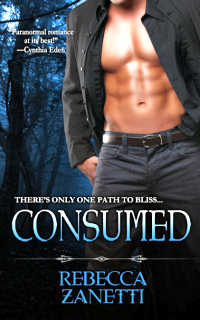 Disclosure:   An ARC of this book was provided to me by Kensington Publishing via NetGalley.

When she was a child he rescued her from a grim fate. Now she's all grown up and its his turn. Problem is, he's being damn stubborn about it.

Skilled hunter and feline shifter Katie Smith has always felt drawn to Jordan Pride, leader of the feline nation, but the man seems to think that just because he saved her from a vile foster father when she was five her feelings are no more than misplaced hero worship. Sure, that might have been true when she was a kid, but she's an elite warrior for her people, fighting on the front lines in a decade-long war against an enemy intent on infecting them all, and she more than knows her own mind. Convincing him of that, however, would be considerably easier if he stopped pushing her away at every turn.

For ten years, Katie has let him, living her life while ignoring the ache of missing him. Then a member of her guard hands her a file containing the latest intel on a newly infected shifter. It'll be her job to hunt him down before the virus turns him into a murderous monster. When she opens the file, though, the bottom drops out of her world, because the picture inside is of a face that's been dear to her heart since she was five years old. Jordan Pride.

Now she's supposed to kill the one man who saved her life and the only man she's ever loved. Yeah...not on her watch. Problem is, she's got very little time to figure out how to save a man who seems determined not to be saved.

I wish I'd found this series sooner, or realized before I started this book that it wasn't the first in the series. Zanetti created a solid plotline for the novel, and the main characters are definitely likable and easy to root for, but much of it is dependent on the surrounding world and previously established history, and it included a large number of secondary characters that were strangers to me. I spent most of the book feeling like I was outside looking in, struggling to catch onto what was going on and who it was happening to instead of feeling immersed in the story.

What made it even more annoying is that it's clearly a damn good series arc with interesting, fully developed characters, and the world they inhabit is rich and complex. I would have loved to have felt more connected to it all. There just wasn't enough detailed explanation of the world or the mythos to successfully allow for that for me, and the story sort of drops readers in and takes off at a gallop, so there just wasn't much time allotted to exposition.

Because of that, my focus narrowed down to the story of the main characters almost to the exclusion of everything else going on. Fortunately, though, I enjoyed the relationship conflict and personal issues between Katie and Jordan, and thoroughly enjoyed both of them as characters. Katie in particular was a strong female lead; headstrong and stubborn, fierce and independent. Though I liked Jordan, too, he had a bit of a martyr streak that got on my nerves at times, so I have to say that Katie was the driving force for the majority of my entertainment with the read.

I did enjoy their romance arc, and the chemistry between them sizzled on the pages. I was a little worried at the very beginning that I would share some of the concern Jordan had about the maturity of Katie's feelings for him and the reasons for them, but Katie disabused me of that idiocy fairly quickly and I enjoyed their struggles, trials, and tribulations as their tale tortures them on their route to their Happily Ever After.

One of the nicest compliments I can give the book is that it reminded me vaguely of Nalini Singh's Psy/Changeling series. Not in story so much as in structure. Both worlds are meaty, complex, complicated places with a lot going on in and around the central plotlines of the main characters, both support a wide diversity of fierce, frustrating, fantastic characters, and each book builds on what comes before. I strongly suspect, had I been with this series since the beginning like I've been with that one, I would be a huge fan of this one, too.

I don't know that I'll go back and try to read the first three books in the series - I have weird series timeline issues that usually prevent me from doing that. What's here, though, interested me enough to continue on with the series. I just hope this one book is enough to ward off the feeling of being on the outside looking in, because really, that never provides for a completely comfortable reading experience.

Return from Consumed to Paranormal Romance