Not Quite Enough Substance 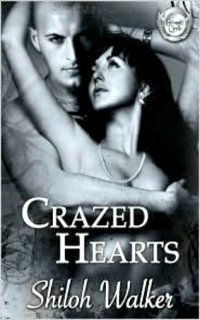 If there's one thing Ren knows, it's crazy. He should, given the century or so he's spent dancing that particular line of darkness. And he no longer has his best friend, occasional partner, and sometimes lover Elle to help keep him steady. Instead, head Grimm and general pain in the backside Will has tasked him with training the still human Mandy for the role she will one day fill.

It's not a bad gig, really, but he stays away from people as much as possible, remaining with Mandy at his cabin in the woods. The stress and pain from his empathetic gift is far less damaging that way, and he can sense danger coming long before it gets anywhere close to reaching them.

Danger or evil, like what he feels hungrily circling the young woman he finds standing next to her car on a road through his woods. A woman who rocks him to his foundation even as she scares the hell out him. Not because of who or what she is, but because of what she has with her.

Aileas Corbett thinks she's losing her mind. That's the only rational explanation for her grim certainty that her brother's death was not only suspicious, but had something to do with the book that she has in the back of her car. The book that she can feel...whispering...to her. A book that feels actively malicious.

She's on the run because she doesn't know what else to do and she isn't sure where to go. She's running because she's certain that if she stops, she'll die. Only when a wolf dashes out in front of her as she rides through the woods does she finally jerk her car to a stop. Then, as if it happens every day, a strange and oddly compelling man walks up behind the wolf and confronts her, too much knowledge and too many horrors reflected in his eyes.

Insanity. Impending doom. And two people on a collision course with forces of evil bent on ultimate destruction. Not everyone is going to get out of this one alive.

As much as I love the concept for this series, and as big a fan as I am of the first two books, I can't say I fully enjoyed this one. I was surprised, too, because I had been really looking forward to a Happily Ever After for poor Ren, who I felt so badly for after seeing him lose Elle in No Prince Charming. Because of that, I was open to liking just about anything that would give him a chance at happiness of his own, but this one didn't quite do it for me.

Though the writing is as solid as ever, I didn't feel like the plot of this novella had much meat to it, either in relation to the external plot conflict or the romance threads. There also seemed to be a curious lack of character depth in either of the main characters. Yes, I've met Ren before, but only as a secondary character, and Aileas was a completely new commodity. Though the framework for strong, original character definition was in place for them both, I never felt the narrative dug far enough beneath surface development for either of them.

And that may be the first time I've had that issue with character depth and dimension in a Walker story. Realistic and gritty character development is usually one of her strongest gifts as an author.

Sadly, the external conflict of the sadistic soul-sucking book from hell and its merry band of bloodthirsty orin was also a little disappointing. Despite a couple of powerfully emotional scenes (another Walker standard), overall I felt the threat and danger was fairly limited in scope and lacking in substantial layers. Too much of the story seemed little more complex than Ren protecting Aileas at his home while danger advanced.

I have to admit, I also had problems with the end of the novella. I am not a fan of that type of conflict resolution or romance denouement. I've read similar situations in other books and it's never worked for me, though that is strictly a reading preference, and a completely subjective opinion.

The pieces were all there for this novella, and my hopes were high for Ren, but his story didn't seem to give him everything I was hoping for him. It didn't give me everything I was hoping for me, either. The good points, though, are there, if scattered more than I would like. I'm a fan of this series, even now, and hold out hope for a longer, more detailed and fully invested story with better defined characters in the next installment.

Return from Crazed Hearts to One Good Book Home