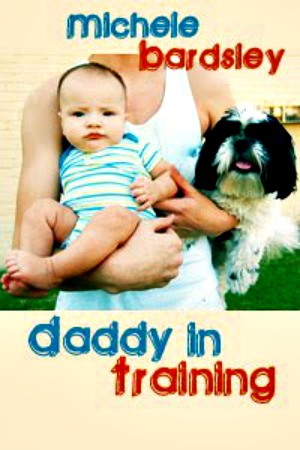 As soon as she agreed, Rory James deeply regretted letting her best friend Susan talk her into guest appearing on her local talk show. As a single parent, the idea of debating child discipline with another guest, single and childless veterinarian, Dr. Seth Stone, made Rory yearn to flee the building before the cameras go live. Her afternoon doesn't improve when the superior Stone starts spewing ridiculous and uninformed opinions about the correct way to discipline and comparing raising children to training dogs. The infuriating man pushes all her buttons and her temper slips its leash.

That's really the only explanation for agreeing to allow the dog doc into her home with camera crew in tow to discipline her children. Well, that and the much needed $25,000 prize for having the theories that carry the challenge.

From the moment Seth showed up in Rory's home, the attraction between them terrifies the widow of four years and his attitude towards her children sets her teeth on edge. Only a true need for that prize money keeps her in the challenge, but it's another need altogether that tugs her inexorably closer to the handsome vet.

Despite the somewhat silly premise, this is a harmless fluffy romance with some cute characters - especially the kids. I have no issue with Bardsley's technical writing style, but I wasn't totally sold on the plot, which really strained my willing suspension of disbelief. While reality television is all the rage, the idea of allowing an unmarried, childless veterinarian into your home to discipline your three impressionable children seemed a stretch. Though it would have perhaps been more believable had their been any true disciplining occurring. And as a general rule, I prefer romantic relationships that take longer to develop than four days.

On the bright side, the kids really were dolls, especially Andie, and Bardsley added some realistic pathos with the the issue of Rory's deceased husband. For a light romance, though, Seth's past was far grimmer than I expected, wasn't fleshed out as naturally or developed as realistically as I would have hoped, and seemed a both a bit overly dramatic and yet too easily resolved for the purposes of the book. And after all the years Seth's carried his scars around he never had a relationship brush against his fears? It seemed something that Seth would have had to deal with a bit sooner than he did.

I've enjoyed my fair share of pleasant, harmless fluff romances in the past and I'll do so in the future, I'm sure, but this one had as many minuses as pluses and ended up being just okay for me.

Return from Daddy in Training to Non-Series / Stand-Alone Titles

Return from Daddy in Training to OGBDA Book Review Home