Dancing with the Devil

A Dance with Several Missteps

Disclosures:   An ARC of this book was provided to me by Bantam Dell publisher Random House Publishing Group via NetGalley.

Private investigator and psychic Nikki James is on a case that's hitting a little close to home. She's tracking a troubled teen for her frantic father, a teen who reminds Nikki of herself at that age, when the girl enters an abandoned house with a serious lack of curbside...or any other sort of appeal.

Nikki can feel the evil that waits within the building, calling to her client's daughter, courting her. It's like nothing Nikki has ever felt before and it makes her want to run screaming in the other direction, but that's not an option Nikki is willing to take. First of all, the girl matters too much to her to leave her to her own bad choices, but there's also another tiny problem with running away; the dark presence Nikki has felt following her as surely as she has followed the teen.

What she finds when she follows after the girl and enters that hellish building, though, will rip apart Nikki's understanding of the world and the monsters in it and introduce her to a whole other level of nightmare.

Michael Kelly was sent to Lyndhurst to save Nikki from the very beast he's hunted for almost a hundred years. Saving her life, however, and using her as bait to catch the fiend, do not have to be mutually exclusive. If he was burdened by a conscience maybe that thought would bother him. If he hated the monster she has managed to stumble upon any less, or been any less intent on ending its blighted existence, maybe he'd let it.

My favorite, and in this case, most applicable, definition of insanity is doing the same thing over and over and expecting different results. That's me when it comes to books by Keri Arthur. I get tantalized by a creative premise or intriguing-sounding characters or fascinating plot ideas and I get sucked into reading them, only to be brought up short by frustrating story elements and disappointing characters. By now I should know that there are just things about how and what Arthur writes that don't appeal to my personal reading tastes and I should leave them alone, but here I am again, drawn back in.

In my defense, I did mostly enjoy Arthur's Ripple Creek series opener, Beneath a Rising Moon, so it's not like I don't have experience with liking her work. Too often, though, I find the sort of things that were in this book: characters who act in ways that don't make sense given what's going on around them and a plot that treads water for too long while the characters slog through a quagmire of angsty emotional dreck that doesn't seem to fit who they are and where they are in their acquaintance. Some of the choices made and actions taken by the characters are just stupid, and some story threads get far more focus than they should while other significant elements go unresolved.

It's a familiar frustration made more untenable by my very hope that this time it would all come together for me. It didn't.

It started great, though. I can't deny that. Nikki's damaged but determined character drew me in and Michael was a dark, sexy enigma who appealed. The case Nikki is working on goes bad very quickly to kick off the plot, and she's drawn into a dark, dangerous reality she didn't know existed. It was a strong, captivating opening.

Then the trouble started. There was a decided lack of explanation for who Michael is, who he works for, and why he's there to save Nikki, but Nikki accepts his oddly random presence with far fewer questions than I would have expected given her inherent trust issues and her own psychic impressions of his character. Convenient for the story's body count, however, she doesn't accept things she should accept later in the story and her stubborn ignorance ends up killing a lot of people and threatening her own life. More than once.

Not that her mistakes ever really blow back on her conscience. She's too busy grinding herself up over the mess she made and the losses she suffered in her distant past...because damage suffered years ago is what's really important when people are dying around you in the here and now as a result of something you did...or didn't do.

Of course, if Michael had spent five seconds explaining himself and outlining his reasons, motivations, and plans instead of just pressing Nikki - a complete stranger, really - to blindly trust him over and over and over again, many of the problems in the book could have been avoided. I guess it wouldn't have been very much of a book in that case, but there are other ways to create plot conflict without having characters act with an abject lack of intelligence, maturity, and good sense. As it was, the constant trust tug-of-war between Nikki and Michael felt repetitive and tedious by the halfway point and downright aggravating by the end.

That, along with an egregiously self-involved Nikki during a very pivotal emotional scene, killed any potential for me to have a bunch of warm feelings for the foundation of their romantic relationship.

As for Michael, who's supposed to be an expert on all things Jasper, he had an intensely annoying habit of making assurances and assumptions based on his vast experience with the guy (which, honestly, only seemed vast in years spent hunting, not in actual combative situations). Problem was, he was always wrong. Didn't stop him from the annoying habit, though.

Jasper is too young to stay awake during the day...wrong. Jasper won't attack so close to dawn...wrong. Jasper's not strong enough to take me on...wrong. And it went on and on. It didn't exactly take me long to realize that all of Michael's "Jasper won't" moments were just previews of exactly what Jasper would do next.

I would have beat my head against a wall at that point, but I figured Nikki and Michael would take care of that for me while I was finishing their story so I didn't bother.

The irony (and really sad fact) is that for all the myriad problems I had with this book, I didn't hate it. I didn't like it, nor would I say it was an okay read for me, but I didn't hate it. I actually still really like the idea of these characters and this world, and despite myself - or maybe because of that whole insanity thing - I am curious about what happens next for Nikki and Michael. The book ended with a bit of a cliffhanger in that regard, and though I hate cliffhangers, I wasn't bothered by this one. It felt necessary.

Or maybe by that point I just needed a Nikki and Michael break. 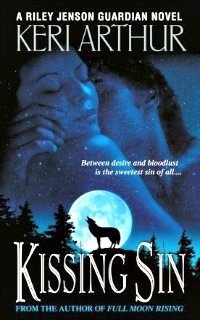 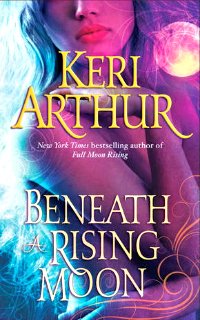 Return from Dancing with the Devil to Urban Fantasy

Return from Dancing with the Devil to One Good Book Home