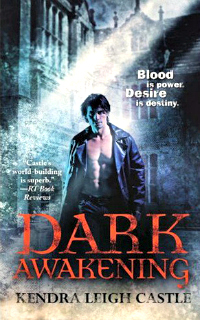 Disclosure:   An ARC of this book was provided to me by Grand Central Publishing via NetGalley.

Vampire. Shapeshifter. They call him a gutterblood. It's not a cozy endearment. Tynan MacGillivray is of the Cait Sith bloodline of vampires. He is considered low class, his kind used as servants and weapons by the vampire aristocracy. Or slaves. Ty's loyalty lies with the queen of the Ptolemy bloodline, the most prestigious of them all. He is Queen Arsinöe's weapon. And he's very good at it.

For eight months he's been hunting through the country, on a quest for the queen. The mighty Ptolemy bloodline is desperate for a Seer, for a human with the ability to divine from whence the threat to their line was coming, because someone was using an ancient curse to slaughter them, and the queen is deadly in her determination to save her people. Tynan is just as determined, having chosen this manner of servitude over two hundred years ago, when the choice had been simple. Perish in the muck of poverty and disease or serve in style. He serves.

And after eight months, he finally found what he was looking for. A Seer. A human woman who has the ability to save the line he served. He finds Lily Quinn...and gets slammed in the gut by an attraction that is as intense as it is unwanted. This task was supposed to be simple, but from the moment he catches Lily's scent nothing about it stays that way. It isn't until Tynan notices a shimmering mark on her sensitive skin, then sees exactly what Lily is capable of doing, that he realizes just how distant the idea of "simple" has become.

He has found in Lily more than a Seer. He's found an enigma, a puzzle, and clues to a truth that will cause a paradigm shift the likes of which will reverberate through not only his people, but through all members of all the bloodlines. All vampires.

Not everyone wants that enigma to be unraveled. Someone, in fact, is quite willing to kill them both to silence them. Keeping Lily alive may be the most dangerous job he's ever had, but the longer Ty spends in her company, the sharper the blade of truth twists in his chest, because even keeping her alive doesn't mean he can let her go. There is still his duty to fulfill. And his honor on the line. Regardless of the importance of the life in the balance.

It was the story of her time with Ty: moments of bliss, hours of irritation, and the occasional life-threatening event.

Books like this series debut by Kendra Leigh Castle offer me some of my favorite reading entertainment. It's not just that it's a paranormal romance, which is the sub-genre I read most frequently and enjoy the most, though of course that plays a part. More, though, is that Dark Awakening provides readers a very nice blend of the favored familiarity of the sub-genre, some tantalizing and darkly decadent originality in the world building, and an appealingly fresh voice in the storytelling. That rare mix of positives is what separates books and series I like from those I go out of my way to make sure I follow and read.

It doesn't even have to be a perfect book. In truth, Dark Awakening wasn't a perfect book for me. As the hero of the book, Ty was a tad broody for my tastes, and there was a grim acceptance of his station in life that I didn't find appealing and I believe it persisted for far too long. I also felt the evolution of the plot threads of Lily's origins and her place in the world was, at times, a little slow to progress in lieu of the attention given to the romance plotline.

It figured that she'd finally met the perfect man for her, and he turned out to be a cat-shifting vampire with issues.

The book's positives, though, have a much longer list. The world was very well-conceived and fleshed out for a series debut. The mythos had a lot of unique aspects that excited me. Both main characters were strong, even if I preferred Lily and her feisty personality a little more than the often too-serious Ty. Secondary and ancillary characters added to the world, the plot, and the main characters' lives. Some, like Damian, were even wonderfully twisted. He was a mostly bad, definitely self-interested Cait Sith with a teeny thread of honor still left in him. I adore complicated characters like that.

The narrative and the story were also big positives for Dark Awakening. I enjoy Castle's writing style. It's slick and polished, has moments of humor and tragedy, and it snagged my emotions effortlessly, keeping me invested in the lives of the characters and the world that their destinies may very well remake. The underlying plot threads that highlight the class inequities in the vampire bloodlines and the archaic political and social structure were fascinating and definitely sparked my interest.

With this book, Castle has ensured that I'll follow her Dark Dynasties series. I'm not sure just yet how I feel about the slated hero for the next book, Jaden. He struck me as a damaged and broken character in this book. A male who had once been playful and suave, but who now bears scars on his skin and soul. Given how Tynan was in this book, I have a sneaking suspicion that Castle will keep to the dark, brooding hero type given Jaden. I'll definitely be waiting to see how that goes, and I'm very interested in seeing where the author plans to take the dark dynasties from here. 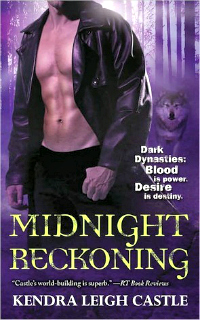 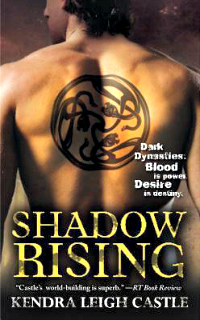 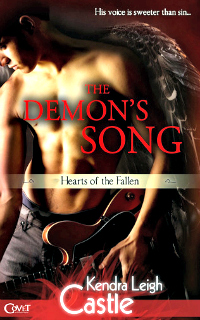 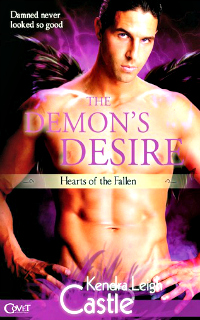 Return from Dark Awakening to One Good Book Home