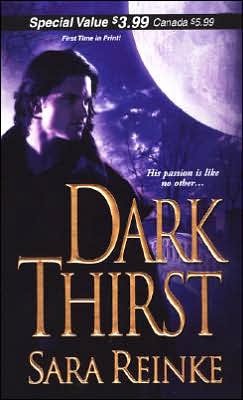 Brandon Noble was little older than a toddler when a vicious attack by burglars robbed him of his hearing and the ability to speak. That one, blood-drenched night almost killed him, and it showed his family as the monsters they are, forever altering the course of his life and instilling a deep aversion to his family's murderous nature.

As Brandon grew, he was locked in a silent world and castigated by the head of his family, a cold and unfeeling man known as the Grandfather. Prevented from using his limited telepathic abilities, banned from using sign language, Brandon has grown up under the thumb of his sadistic elder brother and unrelenting Grandfather. He's suffered systematic abuse that resulted in a nearly pathological timidity, with only brief moments of peace and happiness to lighten his bleak existence as he's grown into a man. One of the sources of that happiness was the teacher that his father brought to the lands of his kind, the Brethren. Jackson Jones is deaf, too, and he was Brandon's first experience with the world beyond the wealthy but suffocating influence of his race.

Jackson opened up Brandon's world, offered opportunity and potential freedom, until one weekend when the grim understanding of what his family intended for Jackson and his visiting sister Angelina forced Brandon's hand. He refused to be a monster like his family, fought against the bloodlust and fled the bloodletting that would give him his first kill. For a while after that, his father was able to protect Brandon from the traditions of his kind. Then the Grandfather found the letter of acceptance from a prestigious deaf college - a school that Brandon's mentor and teacher Jackson had secretly helped him apply to and a school Brandon had been banned from attending.

The Grandfather broke every bone in Brandon's right hand in response. Then allowed Brandon's brother Caine to do the same to his left. And when the bones healed, the Grandfather told him, he would be forced to go through the bloodletting.

Brandon's meager freedoms and limited independence were to be stripped from him forever. It took over a year for his hands to heal, but when they finally did and he realized the time for the bloodletting would be approaching, Brandon did the only thing he could. He fled the only home he'd ever known, defying the elders of the Brethren, denying his own blood...and praying for a salvation he didn't truly believe his kind deserved.

Dark Thirst (The Brethren Series, Book 1) stories Brandon's flight from the cult-like Brethren society and the battle he wages within himself to avoid the impulses of his kind. He refuses to kill, and in so doing, takes a stand for the beliefs that could strip him of his life if the Brethren find him. He runs to Jackson when he leaves the family compound, but instead of finding his mentor and friend, he finds Jackson's sister Angelina. Lina, now a cop, is taking care of Jackson's plants while her older brother is in Florida caring for their sick mother. When she meets Brandon sparks fly and things she thought she knew about the world come under fire from creatures of legend and nightmare. Together they stand against a force beyond reckoning. Or together they fall.

Well written and intricately built, Reinke has created a vampire mythos that is as dark and disturbing as it is unique. The Brethren are vampire-like creatures, a threatened race at less than 300 strong, and sequestered in horrifying and antiquated traditions. Patriarchal in nature, their culture has no room for infirmity and no rights for females. It was a fascinating twist on the standard fare, but so gritty and bullying that there was nothing to redeem them as a race.

I liked the story, admired the originality, but ultimately had some problems with the characters. Brandon was so timid and unlearned, and so stifled by the restrictions put on him, he spent most of the book being a broken, scared young man with little hope. Lina was, in contrast, a strong female lead, independent and sure of herself, but unaware of the Brethren and their power. Together the relationship between them was a unique role-reversal, but didn't quite work for me. I didn't mind the biracial romance, nor did I mind the age difference, per se, (Lina is about five years older than the 21 year old Brandon) but Brandon never quite grew into his description of a large, strong, handsome man. He always seemed more a boy to me, even through the end when his world had been significantly widened and he'd had the chance to right some wrongs. I found the romance between him and Lina a bit off-putting for that reason.

Had his awareness of some cold truths come a little sooner in the book, and had he been given a chance to truly come into his own before the end, I would probably feel differently. I enjoy coming-of-age books that evolve characters from damaged to damaging. Brandon didn't quite get there by the end of this book. I was, though, pleased with Lina as a character. Reinke developed her nicely, and her reactions as her eyes were open to the truth of the Brethren seemed organic and realistic. Secondary characters were also well developed for their roles - even the Grandfather, who was creepy to the extreme, and Caine, the sadist big brother.

Originally written as a trilogy, just this past month Sara Reinke announced that she will be returning to the Brethren series and will be releasing the fourth book next year. Fans of the series will be happy to hear that the book will feature Brandon and Lina as the leads. That is not the case in the second and third book in the series, as I understand. I'm currently on the fence as to whether or not I'll continue this series. While I applaud the freshness of the mythos and the originality of aspects of the plot, the problems I had with the romance in this book really set me back a bit on the series. And though I have thoroughly enjoyed darker-themed books and series in the past, the violence towards the child Brandon, as well as the culture that the Brethren espouse, was a bit unsettling. I didn't find much in the way of reading enjoyment in the book because of that, unfortunately. Despite the strong positives that I mentioned.

Thank you so much for taking the time to read and review my book. I really appreciate that you took the time to share both what worked for you, and what didn't. That kind of information can be invaluable to writers. If you decide you'd like to continue reading the Brethren series, I'd me more than happy to send you complimentary copies of the next two books, "Dark Hunger" and "Dark Passion." Just drop me an email (author@sarareinke.com) and let me know!

Return from Dark Thirst to One Good Book Home