Too Many Contradictions and Inconsistencies 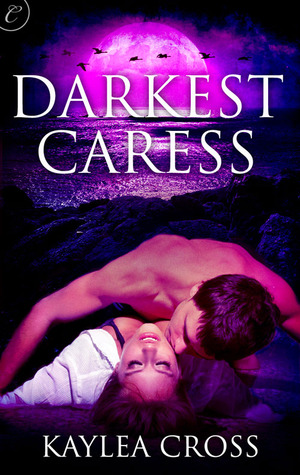 There is a war coming, foretold by prophecy. Daegan Blackwell didn't need prophecy to remind him, though. He felt it in his bones, coursing through his blood. Changes were coming. After two hundred years as a warrior, the leader of the few remaining Empowered, a race of beings with special gifts and abilities dating back millennia, could practically scent it on the wind.

That's why he's at the large mansion overlooking the ocean, touring the huge estate he may be buying. He and his brethren need a home base near the water that is the source of their magical power, a home base where they could prepare for the coming war against the darkest evil. As leader he would provide for them before it is once more into the breach.

Daegan hadn't counted on the sledgehammer of need that slams into him when he shakes hands with the real estate agent. He sure hadn't seen this bit of imminent disaster rolling at him like thunder, or read about it in any prophecy. Realtor Olivia Farrell is one of them. She obviously doesn't know it. What's more, she's also Daegan's destined mate.

Meeting her, touching her skin, feeling her warmth...nothing could have prepared Daegan for the onslaught of emotion and need for possession that sweeps over him. It couldn't have come at a worse time...he doesn't want it...he can't just take her...he can't live without her... As his mind whirls and his body revolts, one thought and one thought only is paramount in his mind. Olivia Farrell is his.

He better explain his world and his history to her quickly, though, and convince the headstrong and independent woman to accept not only him, but the truth of her heritage, because the clock started ticking the moment that they met. The prophecy has begun.

One of the drawbacks of writing a review based on an ARC version of a book is I'm never quite sure just how close to the final, released version it is. Most of the time it's not that big a deal. I can ignore the minor errors or typos I find, remain happily blind to all but the most egregious grammatical errors and such, because I figure they'll be caught before the book is available to buy. I'm not as good at ignoring larger or more numerous issues like those I found in this book. Those compounded the problems I had with the story and characters and made such a big mess for me that it gobbled up whatever pleasure I found in the read.

There were some bright spots in the first half of the book, and Cross' writing style is fluid and easy to read. The world and the mythos of the Empowered had points of originality in the details, even if it didn't break new ground in overall concept. I could definitely see the influences of J.R. Ward and other paranormal romance series similar to her Black Dagger Brotherhood, but as I happen to like those influences, that's not a problem for me.

One of my problems is that this book lacks complexity and depth in the plot conflict and the main characters suffered a lack of appeal because of it. In fact, I got to a point of such strong dislike for Daegan that his painful demise wouldn't have upset me. He's supposed to be the Coven Leader of the Empowered, but his lack of communication with Liv over what was going on with her and his martyred suffering as a result just made him seem like a total emotional coward to me. I get that he has baggage, but after two hundred years, a prophecy and an impending war, suck it up and deal with it.

Liv didn't bother me to that degree, but she ended up too often in the role of target and damsel in distress. Given her lack of information and inability to make cognizant decisions based on accurate information, I could see the plot conflicts with the Bad Guys coming a mile away. It felt like I spent most of the middle of the book waiting for that stereotypical B-grade horror movie moment where the blonde runs up the stairs instead of out of the house to escape the homicidal maniac.

And that moment did come. That's also when things went very, very wrong for me in the story.

The biggest problems started around the sixty percent mark of the book. They completely knocked me out of the story and made it impossible to enjoy any other element of the read. Most of those bigger errors include spoilers that have been hidden for those who prefer to avoid them, but those interested in the details may read here:

Liv is driving to Daegan's and the ride is described thus:

With the convertible's top down, the warm, salt-scented air rushed past...

That's all well and good. Unfortunately, it's followed up a few pages later with this:

She was pinned in her seat, wedged between the airbag and the damaged door frame. The entire left side of it had crumpled during the impact, making it impossible for her to get out through the back of the open convertible. She had to get out through a door.

Wait...what? Back of the open convertible? What does that even mean? And her only options are that or through a door? When the convertible's top is down and she could just climb out over the door? Am I missing something? Apparently so.

She grasped the door handle and yanked. The door didn't budge. It was either too badly twisted or pinned against something outside. Shaking, she wriggled down in her seat then crawled across the console into the passenger seat to try that door. It moved a few inches but didn't open enough for her to get out.

Okay then. She's obviously mobile. She's not physically disabled. Not trapped. She crawls across the console, did not duck under it, so the car is not upside down. And the top is down! Did I mention the top being down??? A couple of pages of her struggling to get out of that car while the Bad Guy gets closer and closer seriously made me want to lose my freakin' mind.

And the hits didn't stop there. When the Bad Guy gets her (because seriously...was there any doubt he would?), he's so evil that she goes into convulsions and passes out because of her abilities. When she regains consciousness, the scene is set.

She was on a chair with her hands taped to its arms, her ankles taped to the legs.

Seems pretty straightforward to me, and to enforce the scene, we're given more details.

Shifting in the chair, she tried to twist her hands free or wriggle her fingers around to loosen the tape. It didn't help.

I gotta admit, that's a bummer. She's stuck tight in a den of evil.

She could move her feet and legs a bit, but the chair she was strapped to was tall. Her struggles to reach the ground with her toes only allowed her to inch the chair backwards.

Fortunately, all hope is not lost.

The tape on her ankles gave slightly, allowing her to slide her legs up a bit.

That's great news, too, because apparently it also allows her to do this when the Bad Guys come in for her:

All she could do was draw up her legs a tiny bit as he approached, gathering her strength. She waited until he was within range before lashing out with both feet.

Wait! Wait, wait, wait...lashing out with both feet? Surely I read that wrong after she had so clearly been able to do nothing but slide her legs up a little, right? Sadly, no.

He jumped back with a grunt and caught her legs, but not before she made solid contact to his shins.

By this point I'm even ignoring the fact that the flagrant inconsistency in the effects Liv feels from being around evil is not only highly convenient but extremely egregious. My own convulsions have already overwhelmed me more than once.

I hardly even felt it when, after Liv was tortured...mostly terrified with threats of losing her fingers (which, I have to admit, was seriously creepy...even if I couldn't understand why the threats went unrealized), she manages to gain a slight upper hand a few pages later.

Liv lunged upward, grabbed for the weapon while she drew her knees up and drove her feet into his stomach.

Would have been better if she'd gotten her legs free sometime in the interim, though, or had one of her arms not still been taped down. And I'd love for someone to explain how she could do that when even being near a guy intent on evil made her go blind with pain earlier in the book.

But all that sort of pales to the pièce de résistance that comes up right after that previous quote.

Wasting no time, she opened the blades and sawed frantically at the rope holding her left hand hostage.

The rope. Right. Of course. And that sound you hear is my head exploding.

I know those sort of issues don't bother every reader. I wish they didn't bother me, especially as they occur at such climactic moments in the story. Like I said, though, this review is based on an ARC, not the final product, so it's possible some of the things that made this book so troublesome for me don't exist anymore. I do sincerely hope that's the case so other readers can enjoy this series debut by Cross.