A Surprisingly Complex and Weighty Story 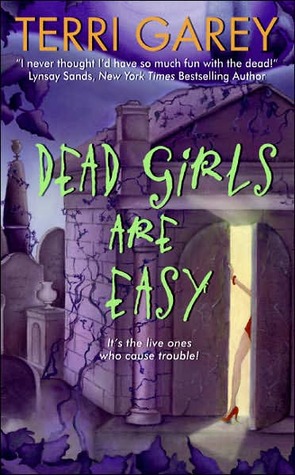 A heart condition killed her. Fortunately for Nicki Styx, the condition wasn't permanent (being dead, I mean...she's stuck with the heart condition), though coming back from the dead isn't as simple as one might think. First, there was the near death experience (NDE) that left Nicki unquestionably changed on a soul-deep level, then there was the ghost of a woman needing a favor. As if those two things weren't enough, sexy ER doctor Joe Bascombe is very interested in her as a patient whose death didn't stick, and intends to use her as a subject for his paper on NDEs. He's also interested in her as a woman, and that's enough to make Nicki tingle in all the right places...until she finds out he's married and thinks his wife is the twin sister she didn't know she had.

Life was significantly easier when the most she had to worry about was being a vintage clothing shop owner with her lifelong friend Evan and having a good time whenever possible. The doctor being married is complicated...but not as bad as it sounds, the ghost of a woman who made a deal with a dark force and brought voodoo to Nicki's door is definitely as bad as it sounds, and Nicki's life doesn't even remotely resemble what it thought it would just a week ago.

Apparently, it took a little death to connect Nicki to all the messiness of life.

With a unique and surprising depth of meaning and importance, Dead Girls Are Easy wasn't even close to what I was expecting, nor is it typical urban fantasy fare. Well written and nicely populated by very realistic and layered characters, what I thought was going to be a comic romp was actually more of a thoughtful observation about a quirky and emotionally closed off woman and how she deals with suddenly having some of those closed doors and windows to soul and psyche forcibly yanked open. The tone stayed a bit lighter with the help of the flamboyant best friend Evan adding a touch of comic relief and a few cutesy relationship moments with the hunky doctor, and it dipped into a more traditional urban fantasy overcoat a time or two as Nicki dealt with the dark specter of a former friend, but beyond that was depth and weight and a serious message or two.

Nicki is a very complicated character. She's tough and brassy on the outside, a flaunter of all things "good girl," with a stylistic flair all her own, but wounded by a past filled with loss and heartache, and more than a little jaded in lots of ways. She's a mess about some things, relationships with people in particular, and she's spent a lot of years keeping best friend Evan as a shield between herself and the rest of humanity - even her customers. She's sometimes selfish, usually stubborn, cynical about some people, and definitely doesn't appreciate what feels like a forced responsibility for the souls of the not so dearly departed. In that, actually, I can't say I blame her. Despite her having traits I usually admire in a character, though, I found her difficult to like, and I can't quite put my finger on why. Maybe because she was a little too real, flawed in ways that I understood a little too well, that it was uncomfortable spending so much time in her head. Maybe that's it.

Unfortunately, and though I have nothing but the utmost appreciation for, and recognition of the intelligence of the book and the way it was written, I can't say I ended up liking the book very much either. Not because I have any criticism for it, because I don't...well, okay, I thought Joe was a little bland and uncomplicated when compared to Nicki (who but Evan wouldn't be?), and Evan was a bit of a stereotype caricature at times, but nothing egregious. They didn't affect my feelings on the book, anyway.

It just wasn't the type of story that I prefer. This is purely and totally subjective, I know, but for me, Dead Girls Are Easy seemed to be, at it's core, a story about Nicki's personal development and growth, her relationship, friendships, etc., and that sort of character-driven book and/or series isn't the style I prefer, especially in the urban fantasy/fantasy genre. Beyond that, I didn't care for Nicki enough to enjoy it despite my preferences, and the plot-driven aspects of the surrounding story just weren't light enough or full of enough action to really keep me entertained throughout. Parts were, don't get me wrong. I loved the parts about the Voodoo, really liked seeing Nicki come face to face with her old flame, and I thought several other scenes were perfectly pleasant and entertaining, but in the end, the character-driven nature of the story and my lack of feeling for the lead character took too much away for me.

Was the book well written? Absolutely. The narrative flowed well, dialogue had a natural conversational cadence, the world building was enough for the purpose of the story, the city of Atlanta (one of my favorites) was well described and its diversity captured well. The main character has flaws but struggles with them, felt real, and has some nice depth. Complex and valid religious and belief-based questions and themes were addressed thoughtfully and respectfully. There was a bit of romance, a bit of terror, and some humorous times. I know, without a shadow of a doubt that this is a very good book that most people will completely and thoroughly enjoy. It just wasn't to my tastes.

Return from Dead Girls Are Easy to Urban Fantasy Genre