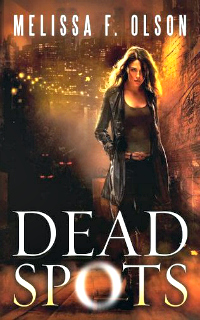 Disclosures:   An ARC of this book was provided to me through the Amazon Vine program at Amazon.com.

Scarlett Bernard is mostly human, but it's the very rare and not-so-human part of her that makes her valuable to the three magical factions of the Old World that calls Los Angeles home. Scarlett is a null. A magical dead zone. If a vampire or a werewolf comes within ten feet of her, the magic that makes them what they are shorts out and they become human again, and witches can't so much as mutter a spell in her vicinity.

It's a very useful gift to have when dealing with things that can kill you before you could blink.

It's also useful to the supernatural community. When one of their own does something that leaves a mess of the dead body, blood and gore, or spell-gone-wrong variety, Scarlett gets a call to go in and clean it up so humans don't become aware of all those things that go bump in the night.

Her current call is at the abrupt command of the most powerful immortal in the city, the vampire Dashiell. Three unidentified victims have been butchered in horrific fashion and left in a public park, but before Scarlett can do so much as open up a trash bag to start collecting the...pieces, LAPD detective Jesse Cruz stumbles onto the scene and gets an up close and personal glimpse of the darker side of the Old World.

As if keeping Dashiell from killing Jesse for his new-found knowledge isn't enough to deal with, Scarlett has even bigger problems. The victims were vampires, and the evidence in their grisly murders is pointing at the only person in town who could have incapacitated three of their kind at the same time: Scarlett.

Now Scarlett has less than forty-eight hours to bring the real killer to Dashiell for retribution. If she doesn't, the master of the city will execute her for the deaths of his people. Whether she proves she had no hand in their deaths or not.

Urban Fantasy used to be one of my favorite genres, but lately I've been having trouble finding new series that hold my interest. There are too many interchangeable heroines with varying degrees of personal damage and emotional retardation, too many love triangles...or quadrangles...or pentagons...etc., too many worlds that aren't unique enough or interesting enough or dangerous enough, with stories that leave me feeling ambivalent.

I keep trying, though, hoping for the series that will spark my old love for the genre.

I don't yet know if I've found that with Olson's series debut, but it wasn't a bad start and it's definitely got promise. The world is interesting, and I love the idea that LA is the Old World equivalent of Nowheresville. It's not exactly the happening place for otherwordly creatures. It's still dangerous, though, and the vampires in particular are more deadly than sexy hunks of non-breathing love.

Scarlett is also not one of those interchangeable heroines. She's less kick-ass than cover-her-own-ass. In a world where things bite and claw their way to the top, she's just a step above human, and her gift often puts her at odds with the very people for whom she works. She is also not particularly constrained by the concepts of human morality and ethics, which makes her interesting to me as a reader, even though her moral ambiguity made me uncomfortable in a couple of places.

Unfortunately, her character, while interesting, isn't always likable. She is dragging around a pretty big suitcase of emotional baggage, and the guilt she feels for her parents' death always felt grossly misplaced. She's got the exact sort of emotional retardation that most bugs me, so whenever the focus was on her damage, I started to get itchy, and it came up in the story too often for my tastes.

The plot was strong, though, with several nice twists that added danger and intrigue, and it started off with a devastating prologue that hit hard. I was also pleased with the smooth transitions in the shifting points of view in the narrative. I've rarely seen it done as seamlessly as it was here. Shifting between Scarlett's first person point of view to third person omniscient for scenes focused on Jesse was a nice way to get readers into Jesse's head and define his character without being colored by Scarlett's opinions. It made him a more three dimensional character than he might otherwise have been.

I'm not sure yet how I feel about Eli. He wasn't fleshed out enough for me to get a good read on him. Considering his history with Scarlett and how he felt about her, that was a bit of a problem for me, and it created another point of contention with her as the heroine. There wasn't a love triangle, per se, but that's more because Scarlett is too damaged to be seriously interested in any man, not because both Eli and Jesse aren't interested in her. They are, so I foresee a bunch of emotional angst between the three of them in the future. Can't say I'm looking forward to that.

I am looking forward to more in the series, despite that, though. Scarlett wasn't consistently likable, but she definitely had her moments. I loved her moral ambiguity and when she wasn't beating herself up for the past, she was sympathetic. I also love that she holds her own despite being the most fragile of creatures in a deadly world. With the twist at the end, which was a particularly nice tease for the next book, I'm looking forward to my next visit to LA, Old World style. 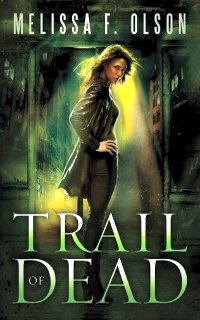 Return from Dead Spots to One Good Book Home