Too Many Ills and Imps 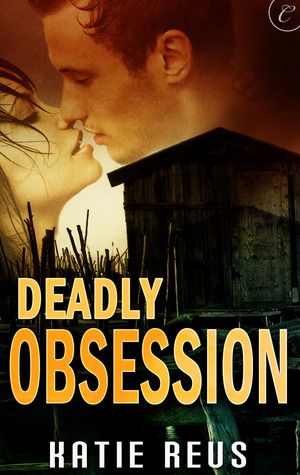 Lilly Carmichael left Hudson Bay shortly after high school graduation ten years ago. Her leaving was a persistent source of pain and confusion to Braden Donnelly. He just couldn't understand what had gone so wrong with her, or why she'd run and never once been back. He had loved her. He'd thought she loved him. They had been planning a future together just days before her abrupt departure. Even ten years later, he still hadn't come to terms with losing her.

But ten years is a long time. Lilly is an NSA agent who is just a year beyond an overseas undercover assignment that put her life in serious danger and ended with her brutal torture at the hands of terrorists. She bears the physical and emotional scars of a nightmare most couldn't comprehend. Braden is still a hometown boy, but he's sheriff of Hudson Bay now, and he's spent the last year dealing with more than just small town crime. He's had the brutal slayings of several women to deal with, the most recent victim erasing all doubt that somehow, for some reason, a vicious serial killer was targeting women with whom Braden had a personal connection.

Then Lilly's aunt dies and Lilly returns to Hudson Bay for the first time in a decade.

Braden knew seeing Lilly again would be difficult, but he hadn't come close to comprehending the full scope of the effect her return would have on him, his life, or the case he was working. Not long after she's back in town it becomes tragically clear that Braden was wrong. He isn't the primary focus of a serial killer's sick games. Lilly is. And the killer is obviously tired of waiting for his intended target to come to him...so he's taking the game to her.

Over Braden's dead body if necessary.

I struggled hard with this romantic suspense by Reus. My initial impression of Deadly Obsession wasn't bad. It started out as a fairly standard read for the genre. I liked the premise, and the killer's initial introduction was suitably horrifying. Then the story started to dig in and expand and I started tripping over some pretty big ills and imps.

Ills and imps - the illogicals, the implausibles, and the improbables that make maintaining a willing suspension of disbelief impossible for me as a reader. Too many ills and imps and the whole book could be ruined for me. Unfortunately, in this book, there were far too many ills and imps, and they seemed even worse when taken in concert with a veritable Molotov cocktail of awful actions and decisions that surrounded Lilly's behavior leading up to and including the final conflict and big reveal.

I started to get nervous very early into the book, when Lilly too-quickly chalked up the masked man she saw at her window as a PTSD-induced hallucination. The first time she sees him she's unaware of the murders that have been going on, so I wrote that one off, but after she finds out that not only is there a killer on the loose, but he's targeting women who are connected to Braden, I could no longer forgive her failure to mention it. The justification she used as a reason to keep quiet was a combination of misplaced pride and illogical assumption that really rubbed me wrong. None of the other brutally raped and slaughtered women reported being stalked beforehand, so of course she was just seeing things.

I'm no NSA undercover agent with a degree in criminology, but even I know that a killer's stalking rituals can change when he's escalating, as can his MO, or if one victim has a different significance to him than others. There are a myriad of factors. Disregarding every single one of them doesn't lend credibility to the characters' actions, intellect, or competence. And both Braden's and Lilly's propensity to assume facts based on illogical supposition throughout the whole book didn't help the matter.

And the problems had just begun. Lilly was included in the active investigation and was shown critical evidence long before readers had been made aware that she was in any way qualified or had any background in criminology and after it had been made very clear that everyone thought she was nothing more than an NSA analyst.

I have no idea what an NSA agent is trained to do, neither what someone in that position would be qualified to handle on domestic soil nor what her experience would need to be to become an undercover agent, so the way Braden included her in the investigation seemed wildly inappropriate and unlawful. Having crime scene technicians who know her as nothing more than an NSA analyst ask for her input as a fresh pair of eyes at both an autopsy and a crime scene struck me as so implausible that the investigative aspects of the story seemed ridiculous.

The relationship plot threads weren't able to help the limping serial killer plot threads, either. The characters were two dimensional at best, their development centering around the current events and a past angst that was cloaked in secrecy for far too long for my tastes. And considering that past was ten years prior to the events of the story, the constant mentions of it throughout the book were repetitive and very overwritten, limiting other important character development. I have no idea what Lilly and Braden are like as individuals beyond the trauma of their current situation. Not addressing that in any way limits their relationship to physical lust and the emotional immaturity of the teenagers they were when they were last together. I didn't find that appealing.

What's ironic is that despite every one of the ills, imps, and other assorted issues with story content, not all of which I've mentioned here out of concern for the length of this review, I still wasn't totally unhappy with the story. Like I mentioned, I liked the concept of the plot and the bad guy was a really, really bad guy - which is the sort of villain I favor. I also thought his identity was both a very nice surprise (uh...relative to the plot, not that he was in any way nice as a character) and very well conceived and executed in the book.

What killed it for me completely, though, were Lilly's actions leading up to the final conflict and big reveal. She showed off a level of stupidity that made B-movie slasher victims look like card-carrying members of Mensa. Word to the wise, do not slip away from police, letting no one know where you are, to go off on your own in the dead of night to hunt a serial killer who wants nothing more than to make you his next mutilated and violated corpse. And if you're galactically stupid enough to do that, absolutely do not take a rifle with you, then leave it leaning against a tree, fully loaded, while you go on without it. This may come as a shock, but as it turns out, that tends to end badly.

There just wasn't anything that could save this book for me after that. It's a shame, though, because I have no complaints with Reus' writing mechanics nor her ability to conceive of vicious psychopaths and portray them with elegant cruelty. Unfortunately, the things that tripped up Deadly Obsession for me were the building blocks of the story, the story elements and threads that connected them, not the manner in which that story was told.

Return to top of Deadly Obsession