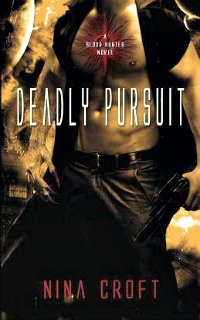 Confused and disoriented, Jonathan Decker jerks awake aboard a strange ship. He's lying in bed in an unfamiliar room, not in a cell, and he's alive. He doesn't know why he was released from the maximum security prison he expected to die in, and he doesn't know who got him out.

It isn't until a young cabin boy shows up carrying clothes for him that he's told he's aboard a space cruiser called the El Cazador de la Sangre. Owned and piloted by a vampire, captained and crewed by what seems a band of misfits, it's enough to make his inner wolf twitch. Except for the blood sucker. He just makes Jon want to rend him limb from limb. Werewolves and vampires, after all, do not get along.

The cabin boy is interesting, though. It doesn't take Jon long to realize there's definitely a story there. His first clue is the fact that the boy isn't a boy at all, but a diminutive young woman. The second is that he seems to be the only one who knows that tidbit of information, and he just got there. Jon's not sure he cares enough to find out why that is, or what her story is, but his libido definitely takes notice.

Before he can decide whether to follow up on whatever secrets she's keeping, the ship is attacked and his life becomes more complicated than ever. Someone obviously wants him very, very dead, maybe more than one someone. Not surprising in theory, but almost inconceivable in practice. Then the girl turns out to be the runaway High Priestess of the Church of the Everlasting Life, one of the two most powerful organizations in the universe and not a big fan of his kind, and they're searching the galaxy for her. Which paints a bright red bulls-eye on the ship that is his only means of escape and survival. Not exactly where he needs to be to keep a low profile.

Who would've thought that a long, brutal end in a maximum security penal colony may have been the lesser of the two evils in this new nightmare called his life?

I'm a little surprised by how much I enjoy the mix of futuristic science fiction and paranormal romance this series provides. I wasn't expecting it with the first book, and though I knew of the juxtaposition going into this one, I was delighted to see it combined with a story that had more appeal than its predecessor. The longer format allowed for more depth and detail in character development, plot, and world definition, all things I felt lacking in the novella-length series starter.

Still, I'm glad I read that first book prior to this one. I don't think this one would read as well as a stand-alone. The story starts off almost exactly where the first book left off and if I hadn't read the other, I think a good portion of the first few chapters would be lacking in emotional significance and/or seem downright confusing.

I thought Jon was a solid lead character. He was abrupt and coarse at times, a bit of a smart ass, and a guy who loved pushing buttons, but he's also a wounded, deeply scarred male who has suffered painful loss and survived by insulating himself from life at every turn. Jaded, cynical, and standoffish, protective, proud, and passionate, there are many layers to that one, some of them downright unpleasant. He was also a fairly traditional alpha male and the lone wolf attitude fit him like a glove.

Alex wasn't as big a draw for me. I didn't dislike her, I just prefer a different type of heroine. Strength, intelligence, and independence are big to me and Alex didn't exactly overwhelm me in that regard. She was a little too skittish and inexperienced both physically and emotionally. It got her in trouble more than once. It wasn't until deep into the latter half off the book, as her relationship with Jon evolves, that I started to enjoy her and imagine them together. That put a bit of a crimp on my feelings about the romance arc of the book.

Beyond that, though, I thought the story was very solid. Full of action and danger, brushed by humor and spiced with lusty sexiness, the external plot conflict was a many-headed monster of tension and taut triumph. Like a juggler with his balls in the air, Croft kept each element of threat and danger churned up, tossed out, and caught again to finish the spin. Gave the book a hunted edge that worked nicely with the keen intent of the characters.

I wish the final conflict and resolution had been handled differently, though. After everything that happened, all that had been lost, found, stolen or sacrificed, the end struck me as fairly anticlimactic. It all got resolved too quick for my taste, and the epilogue didn't mitigate as much of that abruptness as I'd hoped it would. Leading up to that, though, the non-romantic story elements were wholly engaging.

This series is shaping up very nicely and has furthered the steady progress being made in turning me into a sci-fi romance fan. It wasn't too long ago that I didn't read sci-fi romance at all, but I have it admit, with entertaining stories like this one that blends my favored paranormal romance with the less familiar science fiction, the genre is definitely growing on me and I look forward to more. 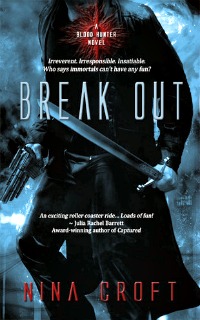 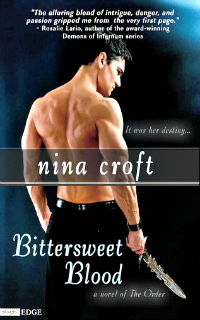 Return from Deadly Pursuit to One Good Book Home