Too Many Issues Here 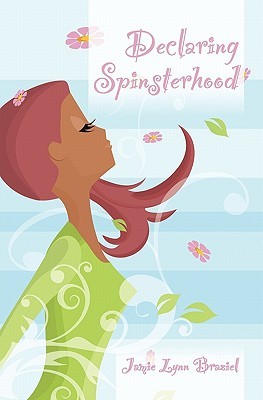 Disclosure:   An Advance Reader's Copy (ARC) of this book was provided to me for the purpose of an honest review. All ratings, comments, thoughts, and opinions are my own.

Frustrated by a string of bad blind dates and fed up with her family nagging her about still being single at thirty, Emma Bailey makes a stand and declares her intent to remain a spinster. Unfortunately, her moment of dating emancipation doesn't quite go as planned. Her mother nearly disowns her, the rest of her family doesn't believe her, and no sooner does she embrace singlehood than her ex-boyfriend Steve wants to get back together with her and she realizes she's in love with her best friend Brian.

And here she thought she was making her life less complicated.

Declaring Spinsterhood starts off with a decent, if unoriginal concept, but gets quickly tripped up by several significant issues, and despite the fact that the best-friends-to-lovers theme is one of my favorites in contemporary romance, unlikable characters and inconsistent storytelling kept me from getting any pleasure in the read. Emma is a nightmare of wildly vacillating and overly exaggerated emotional reactions and utterly lacked anything resembling a backbone. I got so tired of her reiterating that declaration of spinsterhood...as she prepares for dates. Not that she called them dates.

She has the emotional maturity of a hormone-jacked thirteen year old with ADD and couldn't stand up to her family if her life depended on it, though with a mother like hers I can sort of understand that. Third world dictators are kinder and less judgmental than that woman. I've rarely read a character I found as irredeemably odious as mummy dearest, and the hypocrisy she bandied about turned my stomach. She's supposed to be this deeply religious wife of a minister, yet tells Emma she's no longer welcome in her home if she's going to remain unmarried. Seriously??

She's constantly critical, purposely subversive, and openly manipulative, and throughout the entire book fails to say one kind thing to Emma - in fact blames Emma's lack of a husband (as does the rest of her family) on Emma being too choosey, even after Emma is almost molested at the end of one particularly bad date. Lets just say I wouldn't go out of my way to get a Mother's Day card for the woman, though she certainly gives Joan Crawford a run for her money.

Brian wasn't bad. He was a nice source of support for Emma (though I would have preferred it had she not so desperately needed his support as often as she did), and the scenes with their time together as friends were some of the brightest in the book. I also liked Emma's friend and coworker Kathy. She was the most balanced and emotionally mature of the secondary characters and she provided the vast majority of the common sense, calm reason, and insight.

Beyond the myriad of character issues there were plotting and pacing issues, and some rather odd and abrupt transitions that were weakly supported by the thin narrative. Sensitive readers should be aware that there was a scene of graphic brutality in the book, and while it was arguably well written, some may consider it gruesomely descriptive. I appreciated it from a technical standpoint, as it showed descriptive skill in both the action and emotion of the assault, but I was puzzled by its vicious severity and question it's necessity. It didn't make sense in relation to the plot and the alleged motivation of the perpetrator (can't exactly drag a half-dead, brutalized woman into a bank to access a safety deposit box without raising a few eyebrows), and served as nothing but poorly contrived impetus to jump start the romantic resolution of the book. Which was also abrupt, ill defined, and questionably placed.

Too many things went very wrong in this book. There are glimmers of more positive things, like the likable secondary characters and solid technical writing technique, but in the end there just wasn't enough of them for me.