AKA Megan Has a Meltdown 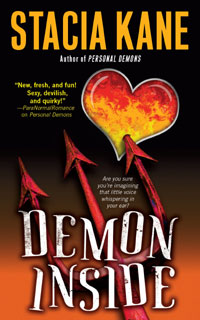 Demon Inside, the second in what is at this point the Megan Chase trilogy, is a fast and furious race from start to finish and strictly on plot alone, it is a fantastic continuation of the series. Dangerous and filled with a heated intensity, it grabs you by the throat from the first page and doesn't let you go before the last, no matter how long ago you should have put the book down and gone to bed. A word of caution, though...it isn't a stand-alone book, as there is far too much that isn't explained and it does simply pick up three months after the point where Personal Demons leaves off, so you really should start there.

I loved Personal Demons despite a few issues with the plot and some technical stuff, and consider it a five star read. I thought the plot and writing mechanics in Demon Inside were awesome - even better than the first - but I can only rate it three stars, because in this book, I didn't like the Megan Chase, PhD. character at all. In fact, and very unfortunately, in Demon Inside Megan manages to encapsulate just about every single one of my personal bugaboos for a heroine in an urban fantasy series.

That was so frustrating, because I totally appreciated what was going on - thought it was awesome to see the development of Megan's life given her relationship to Greyson and the friendships that sprung up in the first book, as well as characters like the brothers Malleus, Maleficarum, and Spud, and the personal demon Roc (not even going to try the rest of that name), who I find oddly adorable. I liked taking a look back into Megan's past and getting some questions answered about how that whole thing with the Accuser really started. And Grey was just as deliciously laconic as he was in the first one. Demon of few words, that one.

But...seriously...what the hell happened to Megan in this book? She was fiesty, sassy, and wordy in Personal Demons. She was totally out of her element with everything going on, but she was obviously a fighter. Sure, I never really bought her psychic therapist profession - she never struck me as particularly cerebral or understanding of the human psyche, but she still had a spine, more than a little sarcastic wit, and a tendency to snipe that was sort of endearing. So who the hell was the screaming, crying, self absorbed, prone to stupidity, immature damsel in distress posing as Megan Chase in Demon Inside?? For someone who was so adamant about not being Grey's arm candy, she sure did an excellent imitation of one.

I wish I was kidding. I wish I was exaggerating for effect. I'm not. Whenever something sudden and dangerous popped up, Megan was screaming her head off (or was thinking if she started screaming she wouldn't be able to stop). When the screaming was over, the crying started - or the sobbing. And when faced with worries and questions about the changes going on in her life, she totally internalized them instead of, oh, I don't know - being a mature and healthy adult (therapist, remember?) - and asking those in the know about what was going on with her. I totally resented the tension that created between her and Greyson because of it. She's a human now neck deep in demon politics - do you think she could get over herself long enough to look around and start asking the tough questions? More than once I felt like shaking her and telling her to put on her big girl panties and deal with it! And I'm not the PhD.

I understand the need for character development, and I do understand some of her issues in this book. Some were organic to the story and made sense. Some. Most of them just made Megan seem like a totally self-absorbed and petulant child who isn't getting things her way, so she's damaging a whole race of creatures because of it, and she's damaging her relationship with the demon who she's obviously in love with - and I don't care how reticent and mysterious he is, he loves the batty woman right back. And now that I think of it, it bothers me how little Megan cares about demon culture and history. I would've loved to have learned a little more about the mythos and history of the demons, but because Megan couldn't seem to care less about that, and the book is told from a very narrow third person perspective focusing exclusively on Megan's thoughts and feelings, unless she asks and investigates, the reader isn't ever going to know. That's a shame.

Before I go on another Megan-induced rant, I do want to mention there were a few aspects of Demon Inside - most notably the big conflict at the end - that felt a bit too similar to the big conflict at the end of the first book. Almost like SSDD (Same Stuff Different Demon). It wasn't completely, but there were echoes, for sure. One major point that bothered me in both books is actually a pretty prolific issue in the genre as a whole - urban fantasy tends to be riddled with these virtually unstoppable and indestructible baddies who have rained down death, dismemberment, and destruction. Well...they're unstoppable and indestructible until the big showdown with the protagonist. Then, no matter how many times the bad guy's beaten the protagonist to a pulp from cover to cover, the protagonist defeats the bad guy (and his army) and remains remarkably unscathed, all things considered, at the end. To a degree, that has to happen. The better books give solid reasons why it happens. This one just had an appetizer from hell (that'll make sense when you read it). I didn't totally buy it.

I appreciate as a reader there was a small resurgence in Megan's character towards the conclusion of the book, but no reason as stated lets her off the hook for how utterly mealy-mouthed she was for the first 80-85%. I give her a single star, because I really did hate her character several times through the book. Every other aspect of the book gets a five star - perhaps a 4.5 in reality, but still. I averaged the two and ended up with a 3 Star overall read for Demon Inside. I can only hope Megan's character is a bit more the Megan we met in Personal Demons when going through Demon Possessed (Megan Chase, Book 3). 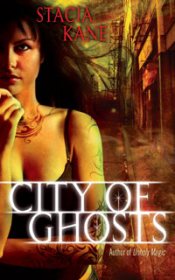 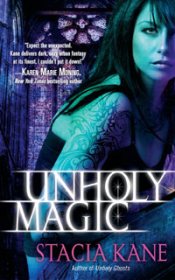 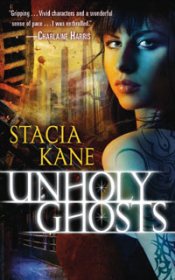 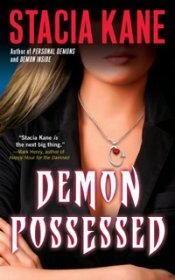 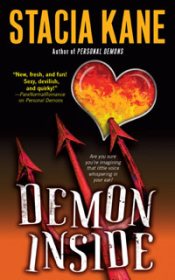 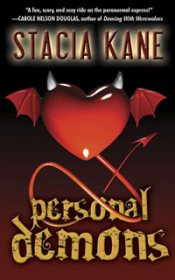 Return from Demon Inside to Urban Fantasy Genre

Return from Demon Inside to OGBDA Book Reviews Home