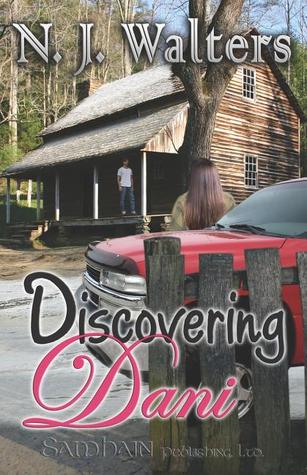 I wanted to like Discovering Dani, I really did. Unfortunately, the lack of depth in the plot and the one dimensional characterization made that impossible. The romance between Dani O'Rourke and Burke Black was actually painful at times, with the dialogue and action wavering between stilted and cliched through the whole of it. And don't get me started on Dani's inability to even function when the first of the inevitable issues crop up with Burke. I'm sorry, but some backbone would be appreciated. And any twenty-five year old woman who'd lost both parents, dropped out of High School to raise her brothers alone, and started her own cleaning business to make ends meet has all sorts of backbone. It's a true pity that she was such a damsel when her heart gets dinged. There were a couple of scenes that were just off-putting - like Dani getting hurt (again) and when she gets home, she collapses on the kitchen floor and curls up into a nearly catatonic ball without even shedding her winter coat until her brother comes home to take care of her. And that was my biggest problem with Dani. I couldn't respect her. I respected her past achievements, but as soon as Burke sets up in her heart, she becomes a needy, emotionally naive,80's style romance novel cliche.

And then there were the aspects that just flat out didn't make sense. There's a scene towards the end (and it's just not important enough to be considered a spoiler) where Dani asks Burke about whether the snooty rich-bitch spoiled brat that vies for Burke's affections and causes all sorts of trouble will continue to be a threat...and then proceeds to provide evidence of her own (including a conversation with the woman) that answers that question...and by then I didn't even care enough to wonder why she bothered asking if she already knew the answer. That's just...weak storytelling by the author who, I can only assume, wanted some closure on that thread.

I did like Dani's relationship with her brothers, and while they were no more fleshed out than Dani and Burke, they were pleasant enough despite the lack of anything resembling layers. Beyond that, the book just wasn't everything I hoped it would be. I don't believe I'll be reading any more about Jamesville.

Return from Discovering Dani to One Good Book Home