Not My Favorite by Craig 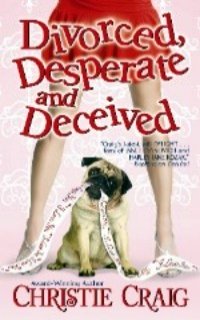 Kathy Callahan has had the hots for her plumber, Stan Bradley, for the almost three years he's been in town. She calls him up to fix her pipes, even if they don't need it...and dreams of him fixing her pipes. There's just so much to like about him, and he's great with her son Tommy. The problem is, he's a man, and after a traumatic divorce, she's been very gun shy. Now that her son is in Europe with his father for a month, however, Kathy seizes on an opportunity to follow through on her attraction. Of course, no sooner does she try to give up on her fear and trust all the signals Stan's been sending out over two years of flirting, that it seems Stan has given up. When Kathy shows up at his house find out if the plumber's ship has sailed, she sort of throws herself at him and ends up in his lap. It's a great place to be...until another woman shows up, then the bullets start to fly. Before Kathy can catch a breath, she's on the run from mobster goons, she almost killed a man with a toilet seat, and she finds out her plumber Stan is really Luke Hunter, undercover FBI agent serving time in Witness Protection until he can give testimony to take down a notorious crime boss. So much for trusting men!

I've been a huge fan of Christie Craig since I picked up Shut Up and Kiss Me a few months ago and since then I've read several of her fun romantic suspense novels. They're great light entertainment, and despite the underlying thread of suspense and danger, they're cute and sexy. Divorced, Desperate and Deceived is no different in that regard, and there were several characters I really enjoyed - especially the erstwhile bodyguard turned lackluster goon, Joey...though I'm still not sure of the connection between birdwatching and being gay. Luke was just as delectable as all of Craig's leading men, and his protectiveness of Kathy was both endearing and sweet. I especially enjoyed spending more time with Sue and Jason from Divorced, Desperate and Dating and Lacy and Chase from Divorced, Desperate and Delicious (I haven't read that one yet, but I met them in Sue and Jason's book).

In truth, the only character I couldn't warm up to was Kathy, and that became my primary issue with this book. I felt her character came off too much like a damsel in distress when the bullets were flying and too bitter and suspicious when they weren't. The assumptions and disbelief about Luke's relationship with his geriatric landlady was funny at first, but went from funny to completely aggravating by the fourth or fifth accusation. My dislike of her character is not meant to imply that there was a problem with how the author chose to portray her - author's prerogative. I simply mean that my preferences in female leads in a book - and in romance in particular - lean away from the girly-girl, victim-in-waiting type. I prefer smart, capable women who can either talk, think, or fight their way out of their problems. In this book, Luke was the manly man making all the decisions and Kathy followed along behind him like a good girl, and that's not what I prefer.

Also, while I liked the threads that drew Jason and Chase and their spouses into the storyline, as well as the evolution of Joey, the multiple transitions between Luke and Kathy and the rest of the participants disrupted the pacing of the plot and took away from the development of Luke and Kathy as individual characters and their relationship together. I did, however, enjoy the sense of completion that came from the epilogue and the feeling of the overall arc of the loosely connected trilogy coming to a satisfying conclusion. I preferred Divorced, Desperate and Dating for reading enjoyment, but I still think Divorced, Desperate and Deceived was well written and fun, and I am, of course, anxiously awaiting anything else Craig plans to write.

I enjoyed this book. I REALLY enjoyed the parts of the book that focused on Chase's quest to clear his name all while presumed dead and hiding in Lacy's house. I wish the author would have written more about this compelling scenario and focused less on the sex between the two main characters. Pages and PAGES were devoted to the sex "scenes" between these two! And although written using "flowery" terminology, I found these encounters to be unnecessarily graphic. I would have given another star if the sex were a little dialed back. 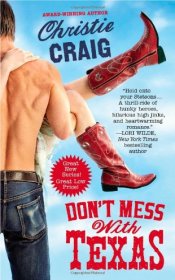 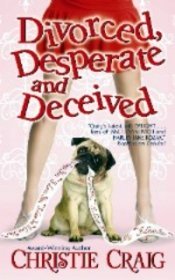 Return to top of Divorced, Desperate and Deceived