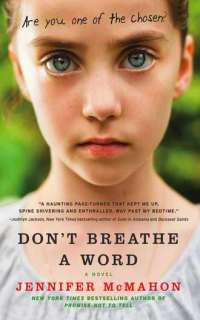 Disclosure:   This book was received for free through Goodreads.com First Reads for the purpose of an honest rating. All ratings, comments, thoughts, and opinions expressed in this review are my own.

Once upon a time...there was a little girl named Lisa. She was twelve years old. Lisa had a brother named Sam and she loved him very much, even though he was ten and sometimes very annoying. Lisa also had a cousin named Evie who she loved very much, and though Evie was a year older, her cousin wasn't very popular, so Lisa made sure that Evie was included whenever she came to visit, even when she had to protect her from bullies.

That summer, the three were inseparable as they delved into the woods behind Lisa and Sam's house, traipsing around together, whispering and playing and being children, with all of a child's bravado and imagination and fancy. And then one day they trekked into the woods to visit for maybe the thousandth time the mysterious town of Reliance, a place that is spoken of in whispers and with superstition, a story told of townspeople, over forty of them, disappearing without a trace between one day and the next, leaving full plates of food, cows in need of milking, and horses stabled. Reliance, it is whispered, is haunted, or it is a doorway to another world, or it is a dangerous place where children and animals disappear. On that day, it was the place Lisa heard bells and saw fairies. And believed.

Fifteen years gone, a woman named Phoebe was home when she got a phone call, the voice on the other end girlish and faint and tinged with fear. That voice whispered to Phoebe, telling her to tell Sammy where to look to find something long missing, where to find the Book of Fairies. Sam was her boyfriend. Fifteen years ago, he'd been ten. With a sister named Lisa.

Since finding the book, Phoebe and Sam's life starts spiraling out of control, with unexplained events and threatening incidents increasing in frequency and intensity, as if gaining momentum towards some horrifying conclusion that neither can comprehend. When they find the letter, though, those few brief lines written in handwriting familiar to Sam, they realize that life as they knew it was over and the future is a dark, fearsome place.

Lisa was back from Fairy. And she'd see them soon.

Between the present and the past, Don't Breathe a Word sinks deeper and deeper into mystery and fantasy, into the blind optimism of youth and the cautionary intensity of adulthood, blurring, ever blurring the line between reality and fiction, darkness and light, dream and nightmare. Like the best horror stories, for that is truly what this book is, a decadent horror sweetened by unanswered questions and grim supposition, acrid with deception and lies, the events of the story of Phoebe in the present and Lisa in the past are deftly woven into a haunting epic that is virtually impossible to look away from. Even when you want to look away so very badly, when the fear of revealed truth is like a garrote against your throat.

Painted in lush strokes of familiar moments, the past events are colored brightly with the enthusiasm and joy of childhood, those unfettered days when reality didn't seem quite so close, quite so immutable. Seeing the lives of Lisa, Evie, and Sam spread out as they live that summer was haunting and brilliant and tragic. It was easily a summer from my own youth, facts slightly changed but so easy to relate to on an elemental level. And McMahon was deft and devious in her style, slowly aging the photo, quietly uncovering the worm in the apple as the past and present move ever closer towards collision.

Phoebe was the focal point of the present, a flawed but nurturing woman of questionable background but big heart. Her own past connected in confusing and dark ways to those things that move in shadow and crawl out from under the bed at night to terrify you. Her very presence kept the line between the real world and the world of Fairy blurry and indistinct, as Sam was the pragmatist in all of it, and always had been. Their lives, their present and the events unfolding before them, were perhaps less haunting for the uncertainty of their future, but tense and taut because of a far more corporeal threat, and tragic for their past.

This is not a book I can say I loved. It's too disturbing, the revelations and truth too bitter after slowly being peeled away from a rotted core. I loved how it was told, though. I loved that it made me feel, that I was right there, fully invested in the story once it all started to unfold. I appreciate the book, I suppose you could say, even as I wish for a different ending, even as parts of me are unsatisfied with how it all worked out.

That's not on the book, though. That's not the book's fault. It did exactly what it was intended to do. And it did it with creepy, confusing, horrifying aplomb. Not all fairy tales have a happy ending, you see. And some nightmares are real. And sometimes, just sometimes, the combination of both and the absence of nothing leaves you with more questions, more concerns, and a ragged truth that breaks your heart and offers no comfort, even if you don't believe it. Even if you don't know what to believe.

Are you one of the chosen?