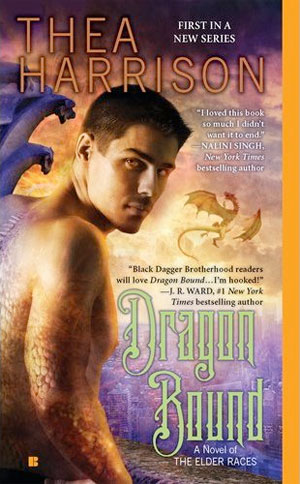 Pia Giovanni has spent her life hiding her true half-human, half-wyr nature from the world, running when necessary, leaving everyone and everything behind at a moment's notice when needed. Since her mother's death, though, the isolation and loneliness weighed on her to such an extent that one moment of indiscretion with a man she thought she loved proved to be her undoing. He may be her ex-boyfriend now, but he's still blackmailing her into committing the sort of crime that will guarantee her remaining life expectancy is considerably shorter than that of an average fruit fly.

Breaking into the heavily warded and protected hoard of the oldest and most powerful Wyr Elders and stealing from the dragon is definitely not the sort of thing to do when trying to reach old age...or breathe your next breath.

To say Dragos Cuelebre was furious when he realized that someone had dared steal from him - something that no one had managed to do in all his many, many years of existence...and he remembers the birth of the solar system, so we're talking some serious time here - would be a gross understatement. The powerful head of the Wyr demesne and owner of Cuelebre Enterprises, a major corporate conglomerate of unimaginable wealth and influence, made it his mission to have the thief caught. Her scent on a note left behind during the theft is what made him determined to be the one who caught her himself.

Pia had run, though she knew it was futile. Dragos caught her, and had known that was inevitable. What neither expected was the talon-sharp sting of attraction, the mutual fascination, and the danger that they would both face when they realize that there is a much more insidious and manipulative force behind Pia's crime, a powerful evil intent on killing Dragos and keeping Pia for his own nefarious purposes.

Dragon Bound is one of those books that I fear I won't be able to do justice in reviewing. There were just so very many things that I loved about it that it becomes difficult to put it all into words. The world that Thea Harrison has created here is unique, detailed, and wonderfully descriptive. Cuelebre Tower reminded me a little of Archangel's Tower in Nalini Singh's Guild Hunter series, and there were definite similarities between Dragos and Raphael, but only in the abstract, as two very powerful and very inhuman creatures of unimaginable age and experience. The similarities served to enhance my appreciation of this book, not detract from it.

I thoroughly enjoyed Harrison's writing style. The narrative was smooth, there was a perfect blend of exposition and description, dialogue and action, and several scenes truly impressed me for their complete originality and uniqueness. I appreciated that Harrison didn't overwhelm the reader with a ton of world building, and instead kept the focus on the demesne and characters and creatures relevant to the plot of the book. That leaves tons of room for further development and widening world view in future books as the series progresses and kept the plot from bogging down in overly extensive detail in this book.

The plot itself was nicely layered but again, didn't overreach or overextend. Instead it was a sophisticated story woven with several strong, clear plot threads and cast with memorable, remarkable characters. The action scenes were plenty and brutal at times, but they were balanced with an admirable wealth of humor and a very complex and satisfying emotional journey for Pia and Dragos. In fact, while the motivation and parties involved in the theft that Pia was used to perpetrate was one of the major plots in the book, the relationship between Pia and Dragos was the story's focus, and I couldn't possibly be happier about that because I loved them both.

They were exceptionally well drawn, three dimensional characters with their own brilliant individuality, their own strengths, weaknesses, and flaws. Pia was independent, strong willed, and had some major trust issues, but she was also uncertain of herself in some situations and easily overwhelmed by Dragos' largesse, making her pleasantly easy to relate to. She was smart, could handle herself, but had an aching need to belong somewhere that softened her character and made her sympathetic. She also knew when not to go tumbling into trouble of her own making, but wasn't afraid to go toe-to-toe with one of the highest of top predators to ever exist. I loved everything about her.

Dragos was perfect in every way. His utter lack of conscience and his clinical confidence in himself and his powers was frightening...and his genuine bemusement and befuddled curiosity about Pia was often hilarious. He was arrogant, demanding, impolite, and more likely to rip your head off than chat with you, and he was delightfully charming when faced with something out of his extensive purview...like Twizzlers and Slurpees. Possessive, protective, autocratic, and dangerous as ten hells, yet tender and considerate in small ways. He was the perfect...the absolute perfect romantic hero and like Pia, I loved everything about him.

There just wasn't anything I didn't like in this book. Nothing I could come close to critiquing. For me, this book shamelessly seduced far too many of my personal reading preferences to even notice anything that didn't quite work for me. If there were any, I glossed over them in my euphoric state of reading Nirvana. Heck, I even tried to read it as slowly as possible because I didn't want it to end.

The good news is that the second book in the series, Storm's Heart, is due out August 2nd, with the third, Serpent's Kiss, coming quickly after that on October 4th. I do so love when a new series I instantly fall in love with pumps out the first few books rapid-fire. It makes it so easy to become deliciously addicted. In all seriousness, though, Dragon Bound has instantly catapulted its way onto my list of Top Five Reads of 2011. If the subsequent books are even close to being as good as this one, I may have to expand that list to ten.

What a great review. Makes me want to go look up the series!

Thanks, Julia! If you do check out the series, I hope you enjoy it as much as I did. It hit all my happy reader buttons. 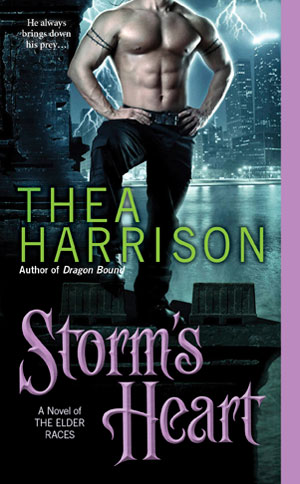 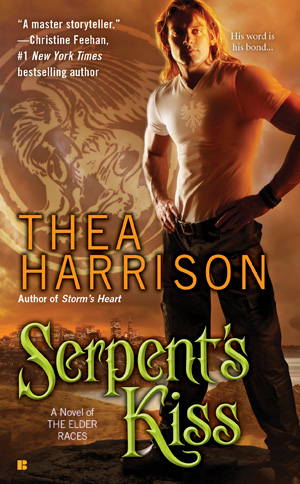 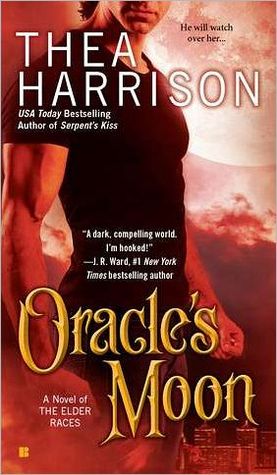