Wereleopards, and Dragons, and Fae! Oh, My! 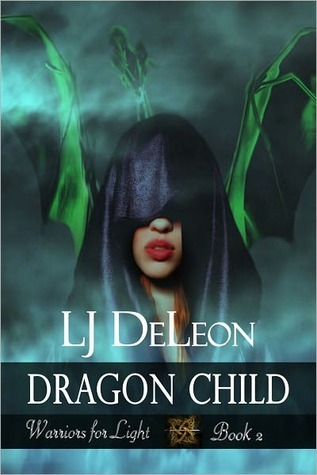 Disclosure:   This book was provided to me free of charge by the author for the purpose of an honest review. All ratings, thoughts, comments, and opinions are my own. Getting me hooked on the series, though, is totally the author's fault.

Switched at birth with the daughter of the Fae Queen Graciela, the struggling Moira, who has always felt more like a warrior yearning for battle than a Court Lady, is grief-stricken when her spying uncovers the truth: she is not the Fae princess she always thought she was, and her "mother" the Queen has known the truth all her life. As if that deception isn't enough to shake her to her foundations, Moira not only doesn't know who she is, but as the war between Light and Darkness continues to build and rage in Earth, and her uncanny but confusing gifts of becoming invisible and fighting with sword and fire start to become more and more apparent, not knowing what she is troubles her even more.

Well...that and the disturbing and traitorous reaction that her body has whenever she catches the scent of wereleopard Major Steve Taylor...like she wants to stretch out and lick him when he gets close enough. And that's just not acceptable. She's tricked her mother...and just about everyone else...to get a taste of freedom from her home in Otherworld and join Steve in the quest of finding the queen's birth daughter and two granddaughters, and she's not about to let some odd sexual yearning turn her from her path.

Steve doesn't know what it is about Moira that makes his inner cat purr, but he's got a mission that doesn't allow for keeping time with kids who think they're warriors, no matter that said kid smells like...like...well, like his...and is over a hundred to his mere forty years. He's got to find and terminate an evil dark mage, former senator and current head of the Humans First hate group, Carlson, then he's promised to coordinate the search for the Fae queen's missing progeny. All in a day's work for a warrior fighting to save Earth and Otherworld from the Dark Lord.

But good Goddess, the purring!!

One headstrong, independent, and very wily...whatever she is...and one stubborn, controlling, alpha-of-all-alphas wereleopard together on the path of warriors and battles for the Goddess and Light? Oh yeah...someone's gonna lose an eye, or at least a heart or two.

Picking up shortly after the events of Warrior's Rise (Warriors For Light, Book 1), LJ DeLeon has catapulted herself and her series over the dangerous pitfall of the sophomore slump and created a story that was tighter and more cohesive, with a greater sophistication and polish, better editing, and all around stronger writing technique. With characters familiar from their introduction in the first book and the groundwork and worldbuilding that was set up there, I wouldn't suggest missing Warrior's Rise. In my opinion, it's not quite as strong a book, but there isn't much in the way of exposition in Dragon Child, and not much put into reaffirming the events that have come before. New readers might feel a little lost and a lot of the emotional impact of this book would be missed. In fact, Dragon Child hits the ground running and expects the reader to keep up in the same fast-paced and slickly dangerous style familiar from its predecessor, while managing to be an all-around better, more entertaining read that worked very well in so many different ways.

The heart of that leap in my esteem comes from Moira and Steve. I loved them. Especially Moira. She embodies just about every single one of my preferences for female characters. She's strong, independent, smart, sly and wily, and while she may not know what she is, she definitely knows what she wants and what she doesn't, and fights for it, standing up for herself, her needs, and the needs of the people and beliefs that matter to her. I admired her as an individual and was very impressed that DeLeon managed to perfectly blend ferocity, sensuality, and a strong code of honor with tendrils of uncertainty and sheltered naivety that fit perfectly for Moira's backstory and character. I thoroughly enjoyed her.

I also loved Steve, though I'm far less picky about my male lead characters and I had already liked him from the first book. Still, he added a dimension of light humor and a ton of alpha-male idiocy (always fun for a laugh when pitted against a truly strong female) that was missing in the first book, and as that sort of thing always makes me grin, I found myself captivated and enchanted with him and the relationship between him and Moira. And not for nothing, but there were some smoking hot sex scenes in this book that were extremely well written and totally sexy.

Maybe it was the fact that so much of the groundwork had already been laid, but I loved how the plot arc of the war between Light and Dark was more a subplot in this book. The narrower focus of finding and ending the evil senator (redundant, I know) kept the plot more tightly contained and allowed for a much stronger romance plotline to evolve throughout the book. That, too, is much more my preference than the too-quickly formed relationship that Deva and Padraig had in the first book.

That was another source of appreciation for me, as well, because while the book had a narrower focus, the plot still maintained a satisfying depth with the various plot threads and layers, most notably the continuing evolution of Sabina that I so admired in Warrior's Rise. I found myself doubly impressed, because that sort of tightening of the plot often leads to a shallower, less satisfying read, and that wasn't the case at all here.

There were still a few issues - far fewer than the previous book, of course. There were some pacing issues and abrupt bursts of development in the first few chapters of the book, where Moira goes from sheltered princess to warrior woman in mere pages. I was a little jarred by the characterizations of Moira and Graciela in the first chapters, too, because they didn't resemble the characters introduced in the first book, and character inconsistency between books is a pet peeve of mine. Graciela, in particular, who seemed the epitome of poised Fae monarch in Warrior's Rise was virtually unrecognizable at the start of this book.

The book isn't about Graciela, though, and I liked Moira so much in this book she was an improvement over the glimpse of her I had in the previous one, so that helped.

One of the few issues that exist in both books is the tendency towards almost too-easy resolutions to some issues or too-convenient information falling into place at just the right time. In the first book, that happened all too frequently just about every time the very present Goddess of Light helped or guided Deva. It got on my nerves then. In this book the situations were different and it wasn't as glaring or noticeable, but it did happen occasionally. Another issue in this book was the too-quick about face that Steve had about not wanting a mate, then wanting Moira.

And again, none of those issues could take much away from the compelling story. Once into the book, it was almost like I was driven to finish, and my investment in the story and the characters had a grip on me that wouldn't let go until I read all the way through to the end...missing several hours of sleep in the process. All for a good cause, I say, as I not only completely and thoroughly enjoyed this book, but have now become a bit addicted to the series. The third book is due out in May, if what I read at the end of this book is correct, and frankly, with some of the nifty new developments and twists in this book, I can't wait to get my hands on it.