My Kind of Paranormal Romance 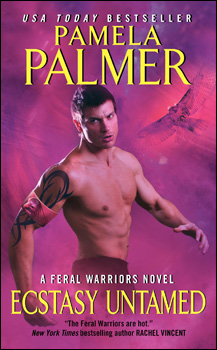 Disclosure: An ARC of this book was provided to me by Avon Books publisher HarperCollins Publishers via NetGalley. This rating, review, and all included thoughts and comments are my own.

Feral Warrior Hawke is on a razor's edge, a firestorm of rage barely contained by white-knuckled restraint. His bond with his animal spirit is weakening and it's turning him into a ticking time bomb. Then Faith walks into his life.

She's come to America with Maxim, the newest chosen Feral Warrior. Faith has only known Maxim for a day, but the bond between them is unmistakable and unavoidable. Some deep part of her recognizes him as hers, her intended mate. But then she meets the tortured Hawke and Faith's certainty is shaken.

There is something about Hawke that is deeply, irrevocably compelling...but Maxim is her intended mate. Faith is in a new country with warriors who are considered the superstars of her kind, overwhelmed and confused by all the changes, all the feelings, and all the needs coursing through her. Maybe she should just go home, go back to saving girls from the streets, back to a world that makes sense.

As life for the warriors is changing and animal spirits long lost in the Abyss start returning, the future of the Feral Warriors may be in flux, but their war wages on. Hawke's weakening may force him to give up the fight, but before he falls, he'll make sure Faith has everything she wants and needs. Even if it's not him.

Wow...okay, where the hell have I been? How did I miss five books in this sexy paranormal romance series? Prior to Ecstasy Untamed, I hadn't even heard of the Feral Warriors series. I must be slipping. Shape shifting brotherhood of warriors fighting the good fight against evil as they find their destined mates? Oh yeah, I'm usually all over that.

Not this time. I'll be punishing myself severely for the oversight.

Nicest thing about all of this, though, is that while I could definitely tell there was story and world building I had missed from the first five books (Five! I'm kicking myself!!), it wasn't so egregious that I felt lost. There was just enough exposition and explanation provided to inform me without feeling the pace of the book got bogged down by rehashing previous events, just enough that I quickly caught up on the most important series elements and learned a bit about Hawke's life. Was it comprehensive knowledge? No. But it was enough for me. Besides, my focus - and rightly so - was the characters in this book and what was going on with them.

I really enjoyed Hawke and Faith. Hawke's inner torment over the problems he's having is gripping, poignant, and touching, and when compounded by his instant attraction to Faith, ultimately sympathetic. And while elements of this book reminded me of some of my favorite aspects of the earlier Black Dagger Brotherhood books by J.R. Ward, the fact that Faith was a strong female lead character in her own right set it a little higher in my esteem.

I loved the uniqueness of the plotline of the romance in this book. The relationship conflict between Faith and Hawke is definitely not something I've ever read before. The twist between them made for rich and complex storytelling. They had instant chemistry and it was the sort that felt both smoking hot and eminently comfortable. That the relationship between them was hampered as it was lent a very star-crossed lovers feel to it that I found both original and incredibly appealing.

I can't speak intelligently on how this book fits into the previously established series, but for someone with fresh eyes, I can say that it seemed like a book that marked a major shift in the series. The developments seemed rather significant, even to me. I can't say I'll go back and read the previous books in the series. I'm sort of OCD when it comes to timelines. I'm not even comfortable reading prequels published after the start of an existing series. Now that I know about the Feral Warriors, though? Oh yeah, I'll definitely be following along from here on out.

It was a whole lot of unique, sexy, kick-ass, romantic fun. 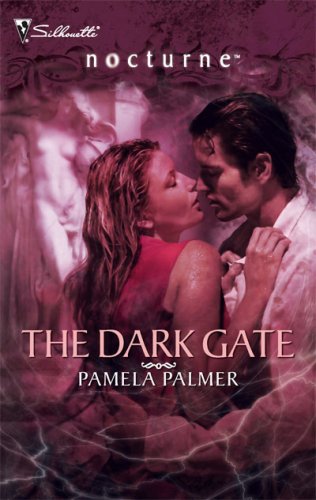