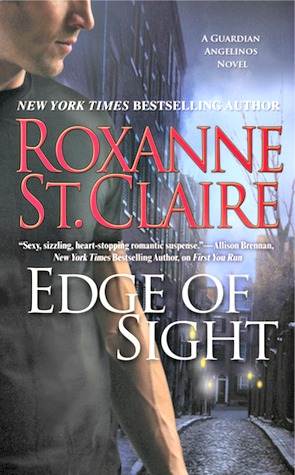 Samantha Fairchild had nowhere else to turn after witnessing a high profile murder in the wine cellar of the posh restaurant where she was working as a waitress until the start of her Harvard law classes. The cops weren't going to go out of their way to help her, not after her checkered history with Boston PD. Still, she's the only witness to a professional hit on a popular news columnist, and she knows her life is in serious danger. Left with no options, she contacts Vivi Angelino, investigative reporter, for help. They were good friends three years ago, until Vivi's twin brother Zach swept Sam off her feet and kept her mostly on her back for the three weeks prior to him shipping out to Kuwait. She loved him. He left. And he didn't write. To survive the heartache, she drew away from Vivi and tried to move on with her life.

That loss still hangs heavy on her heart, but it pales in comparison to her will to live, so she slips out of her apartment and crosses town to meet up with Vivi at her apartment. Instead of her friend, though, Sam comes face to face with a scarred warrior she didn't even know was on home soil.

Zach Angelino had no intention of looking Sam up when he was discharged from the military. He lost an eye overseas, and shrapnel left one side of his face ravaged. If that wasn't enough to keep Sam at arm's length, the guilt of bad decisions weighs so heavily on him, there was never any doubt that his Sammi deserved worlds better than a bitter, brooding ex-military man dragging her down. Seeing her again stirs up emotions he thought he had under control, but finding out her life is in danger puts every single one of the senses he honed to razor sharpness overseas on high alert.

They may not have a future together, but if it was the last thing he did, Zach would make sure she at least had a future. He would guard her until a killer was caught and the threat neutralized. Saving her may be easier than walking away from her, he realizes, when Sam makes it clear she hasn't forgotten him, wants to forgive him, and still loves him...as much as he loves her.

Edge of Sight is the perfect example of a great way to kick off a new romantic suspense series. There was plenty of action, lots of deadly danger, and solid main characters with exquisite chemistry. I enjoyed Samantha, a strong, mature woman who not only knows her heart and mind, but deals with the threat to her life as realistically and as competently as one could hope given her established background, intellect, and common sense. I found her practical and likable, and enjoyed the fact that she accepts help when she doesn't want to because to not do so would be reckless. I appreciate characters who are smart enough not to risk their lives for pride or hurt feelings, but who don't let fear keep them from fighting the good fight.

Zach was a true treat, as well. His wounds wear on him physically and mentally, and his emotions run deep. His feelings for Sam are complicated and tangled up with old guilt, and he's got a lot of layers, a tendency to brood, and a predilection for keeping everyone who cares for him at arms length to protect himself. He's also determined, capable, and protective of both Samantha and his twin sister Vivi. He's a sexy bit of danger wrapped up in a yummy bundle of sensitivity and the whole of the package was very appealing.

Together, Zach and Sam's evolving relationship was full of heart-melting tenderness and bone-searing sensuality. I loved everything about them both.

I also think that the introduction to the members of the Guardian Angelinos went very well, and laid the groundwork and backbone of the series quickly and thoroughly, blending seamlessly with the suspense plot arc even as they helped flesh out Zach's character definition. The secondary and ancillary characters that were Vivi and Zach's family were fleshed out enough to give them a sense of individuality and likable personality that will tease readers into continuing the series to see how their lives progress.

The only part of the book that didn't work for me was the plotline of the actual investigation into the murder. It seemed sort of all over the place, with information being handed out to the principles by questionable sources and taken as gospel without corroboration, as well as some odd leaps in logic to get from point A to point B. Solving the case ended up seeming more about being in the right place at the right time than actual investigation.

When I combined that issue with some questionable behavior on the bodyguarding side of things, the actions of the various Guardian Angelinos occasionally seemed unprofessional for a group of supposed professionals, and appeared, at times, too awkward and ungainly to be taken seriously. I am definitely not schooled on the ins and outs of protection services, but I would think one of the primary goals would be to lessen potential dangers to the principle. And I'm not sure traipsing all over creation and to and from a safe house without more than a cursory check for surveillance or a tail is really the way to go when you know you have more than one group after you. I found myself questioning the choices of character actions now and then as a result of that.

For a series debut, there was a lot here to like, and I'm excited by my first foray into the romantic suspense of Roxanne St. Claire. The romance appealed to me very much, and to be honest, it was so strong and satisfying, the characters so likable and sympathetic, and the relationship evolution so appealing to my personal tastes that any dissatisfaction I had with the whodunit or suspense aspects didn't severely impact my thorough enjoyment of the book. I'm very pleased with this series debut, and look forward to spending more time with the Guardian Angelinos as the series continues with Shiver of Fear and Face of Danger.

Return from Edge of Sight to Romantic Suspense Genre

Return from Edge of Sight to OGBDA Book Reviews Home