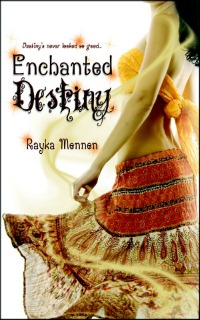 Disclosure:   An ARC of this book was provided to me by Entangled Publishing via NetGalley. This rating, review, and all included thoughts and comments are my own.

Slap any name on it you want, but Jake Taggart has been captivated by the woman who lives in the house beside the site of the road construction job he's supervising. He's seen her every day for the three days he's been on site, and it's like a piece of her essence has staked out real estate in his brain or something. He thinks about her. He looks for her. And yeah, okay, maybe there's been a fantasy or two...or ten. Who could blame him? She's gorgeous, and she has an air about her, about the way she walks...the way her hair shines and bounces...the way her lips curve when she smiles...

Damn, he's becoming a mooning fool over a woman he hasn't even spoken to. That's actually a little disturbing. Then, out of nowhere on the morning of the third day, she steps in to save him from a brutal, crushing death and his definition of disturbing becomes a lot more...complicated.

With only five weeks until her twenty-fifth birthday, Kat Richetti had resigned herself that her family's magical legacy would pass her by. She hadn't had the vision that would identify her soul mate and lead her to her destiny, and she is perfectly okay with that. Kat's comfortable with her power and abilities as they are and enjoys using them to both help people and build an enterprising business. She was so sure the family tradition would pass her by, in fact, she'd recently applied for a loan to expand that business. She certainly doesn't have time for soul mates and destinies.

Then she runs into the handsome man who has been working next to her townhouse the past few days and she's hit with the vision. Seeing the impending accident before it happens, Kat manages to save his life, but even as she high-tails it away from the shaken man that morning, she knows. Destiny had come knocking, after all. Now, if she doesn't convince a complete stranger that they are soul mates before she turns twenty-five, she'll not only lose out on the potential increase in her powers, she'll lose all of her magical abilities and both she and Jake will be doomed to never know peace again.

As Kat's carefully planned future starts to spin out of control, she knows one thing. Five weeks isn't very much time to convince a love-weary man that not only is magic real, but a meddling destiny has changed both their lives forever.

One of the things that I liked most about this cute romance was the thorough world-building and the delicate attention Mennen gives to establishing a lovely, realistic background and solid family connections for her characters. In my experience, that's a rare thing in novella-length fiction. The creativity of the mythos and the its explanation in the narrative were handled well, and the story has well-rounded and nicely fleshed out secondary and ancillary characters who add depth and weight to the main characters' lives.

I loved the beginning. Jake was so cute as he argued with himself over his attraction to Kat, and I thoroughly enjoyed Kat's reaction to her destiny. I'm fairly ambivalent about HEAs via the destined soul mate scenario - it's a little overdone in paranormal romance for my tastes, but there was just enough spin on it in this story that I found it appealing. Kat and Jake were both likable characters and they fit nicely together as a couple. Plus, Jake is a single father and I have a fondness for them in romance fiction.

For me, the arc of their romance wasn't as successful as I would have liked. The depth and richness in the world-building, the many secondary characters, and the evolution of Jake's paradigm shift were given so much page time and thorough construction that the actual romance threads between him and Kat didn't have the room they needed to fully satisfy me.

Instead, the progression came in snapshots and glimpses of scenes, condensed as time passed. There was plenty of relationship conflict inherent in Jake's new world view, but not enough of the story focused on Kat and Jake alone together to really allow me to fully embrace the story of their path to love and HEA. It's a shame, because there was so very much to really love in this series debut. The love story elements just weren't among them for me.

Given how much I enjoyed Mennen's breezy writing style and the tongue-in-cheek humor she wielded so efficiently, as well as appreciated the depth and creativity in the non-romantic elements, I certainly enjoyed this one enough to want to continue with the series. Especially as it's not uncommon for subsequent books to have more room to focus on character relationships when the world has already been established. I foresee great things for Mennen and her Enchanted Destiny series.