A Magical Lesson of Love, Valor, and Forgiveness 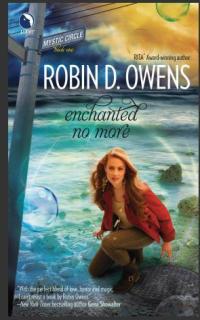 Disclosure:   A copy of this book was provided to me free of charge for the purpose of an honest review. All ratings, comments, thoughts, and opinions are my own.

Fifteen years ago the family of halfling Jindesfarne Mistweaver was caught in the middle of a vicious magical battle between the Lightfolk and Dark ones. All but one brother were slain, and that brother, Rothly, was maimed physically and magically. And he blamed Jenni for it all.

But no more than she blamed herself.

Disowned by her brother, stripped of her entire family, ripped apart by guilt and loss, she fled her family's land in Northumberland, England, and moved west through America until she landed in Denver. There she built a little world for herself living as the human Jenni Weaver, away from the magics of the Lightfolk and the treacherous power of the Eight who rule, powerful elemental beings she blames for their poor treatment of halflings in general and her family in particular. It was they who started the portal ceremony early. It was they who share responsibility for her family's death. But it is Jenni who pays the steepest price for self-guilt and burning resentment.

Now fifteen years later, a knock on her door draws her back into the world she turned from, forces her to take up again the elemental balancing that is her gift, once eschewed. The Eight had offered her brother something he couldn't resist to take on a dangerous task he was ill-equipped to complete and now he is lost in the interdimensional mist that only Jenni and he can enter. They use her love for him to manipulate her into taking up his task and risk herself once again for the Lightfolk. She must balance the elemental power of a rising force of the purest magics or risk unimaginable wild forces of creation and destruction letting loose on the world.

With little more than Aric Paramon to be her guardian and guide, a half Elf, half Treeman who was her lover on that fateful day of greatest loss, Jenni faces a bitter battle against forces of great evil, and her emotions and the horrors of the past threaten to break her before the fight even begins. Only by healing from wounds still fresh in her psyche and soul and embracing the full grace of her nature can she even hope to survive, let alone triumph. But the risk of opening herself up to that sort of pain once again may prove too much for Jenni to take.

What a rich, deep, magical world Robin D. Owens has created with this series debut! Straddling the human and Lightfolk worlds, Enchanted No More offers up a thorough, three dimensional reality that is both intriguing and captivating as Jenni and Aric work together for the good of the world at large. I was very impressed with the complexity and originality of the concept for the fantasy elements of the Lightfolk cultures and the plot of the story in general.

Jenni was a fascinating heroine. Her journey was more about forgiveness and finding an internal balance that allowed her to heal from her loss and take her rightful place in the Lighfolk community than it was about battling an external foe, and that proved to be surprisingly compelling. Especially when the events that traumatized her so deeply were combined with fresher conflicts over the status of halflings in the Lightfolk world. Yet the threat posed by malevolent Darkfolk and their shadleech monsters was also taut and thrilling and provided much juicy action for reading enjoyment.

Owens was masterful at the slow, steady evolution of Jenni throughout the book, and I thought her development was completely realistic and sympathetic. I was particularly fond of the deft strokes of relationship mending between her and Aric as the story progressed. Aric was, much like his nature, a steady force of immutable strength, and while that could have tipped over into stagnancy for the character, his own issues of dissatisfaction for how his people's needs have been ignored and the dissidence between him and his father, along with the sometimes too-restricting fealty to the Eight kept his character interesting, real, and fresh.

As a couple, Jenni and Aric complemented each other, and while there was a definite romance subplot, it evolved in a satisfying and natural way that seemed very organic to the characters' growth and development and remained respectful of their past. Secondary and ancillary characters richly populated all threads of the plot and some of the most enchanting aspects of the story surrounded some of the least powerful of the beings in it. Owens impressed me with the many and varied personalities so finely woven into the tapestry of the tale.

The narrative took me a while to get used to, and the book did start out slow for me. The stylistic touches in the narrative aren't completely to my taste, as there is very little world building or explanation of the fantasy aspects. What I learned about the Lightfolk and their connection and interactions with humanity I had to divine through the actions and dialogue of the characters. I don't like to be overwhelmed with exposition (who does?), but I do prefer to feel a little less like I've been dropped into a foreign land, unaware of the rules or the inhabitants, unable to speak the language, and forced to muck about until I suss things out on my own. There was a little too much self-sussing for my tastes, especially for the first half of the book.

I also thought that the events of the tragedy fifteen years ago were a little over emphasized and repeated a bit too often through most of the book. It got to be repetitive for me, and because the loss of Jenni's family was such a decisive breaking point in her life, every time it was mentioned it forced the focus back to the pain and subsequent negative emotions surrounding it. I found that a little depressing, but also noticed it seemed to segregate Jenni a bit - from other characters and from me as a reader. Even the narrative surrounding those times of reflection seemed different than the rest of the book, full of shorter, choppier sentences that lacked description and flow, almost like each mention of the past was a wound not yet healed that seeped into even the text that described it.

Jenni's journey, though, from a woman closed off from her heritage, one limping through a full human world with little more than her work and her cat, to a strong, adept master of her magical craft who embraced herself and the people she cares about, was a true pleasure to experience. As was the romance with Aric and the major plot arc of the quest to balance the magic bubbles.

I do hope the future of the series delves more into the blend of Lightfolk and human cultures, because there were many fascinating techno-magic meldings mentioned or referred to and I found my interest more than piqued about them, and about the presence of the Eight in Denver. Seeing a more balanced blend of fantasy and reality would appeal to me, as Enchanted No More did seem to focus mostly on the fantasy elements - and rightly so. The Mystic Circle series has caught my eye and I plan to follow up on the groundwork laid here as soon as the opportunity presents itself.

Terrific to see this author begin another series. She has to be one of my faves in terms of romantic fantasy.

Hey, Kris. This was my first time reading Robin D. Owens and I haven't checked to see what else she's written yet. Is there a particular series you recommend that I should look for? I enjoyed the start of Mystic Circle so much I want to make sure I read more Owens writes. Thanks!

Hi Tracy. I really enjoyed the first few books in her 'The Summoning' series, but, although I still thought they were okay, wasn't completely satisfied with the final books.

I am, however, completely addicted to Owens' 'Celta's Heartmates' series. I think there is slightly less than a gazillion of these, yet the world and the flawed characters - both heroes and heroines - continue to hit my happy reader buttons.

Ooooh - I LOVE when my happy reader buttons get pushed! I've added Heart Mate to my book swap wish list on Goodreads and downloaded a sample for my Kindle. I'm going to start there and give it a try! Thanks for the recommendation!!

Return to top of Enchanted No More

Return from Enchanted No More to OGBDA Book Review Home