Beware the Boredom of Gods and Monsters 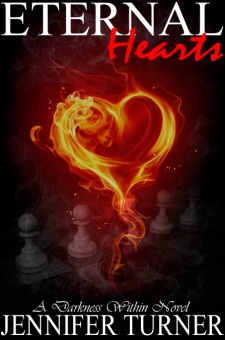 The only thing exiled fledgling Toni Tutoro wanted was to be allowed back into Chicago, the city where she'd been born and raised. Almost four years ago the brutal slaying of her human family set the new Warrior on a path of revenge and destruction that ended the life of six humans and almost broke the Veil, what vampires call the cloak of secrecy surrounding them that keeps their existence hidden from humans. The Lord of Chicago, Christian Locke, has ultimate authority on whether she stays or goes, and she's willing to do anything, give anything, live by any rule, just to be able to come home.

Contract killer Drake Black is a seething mass of aggression who doesn't trust vampires, especially female vampires, so when his boss specifically gives him a protection contract on a fledgling fanger back in town, Drake is more than a little put out. But he doesn't exactly have veto authority on the jobs he's given. Reluctant and bitter, Drake takes the contract to keep Toni safe until Lord Locke decides her fate, but it takes exactly fifteen minutes with the sultry Toni to realize that she's not like any other vampire he's ever met. Maybe because she's so young, maybe because her life has been so difficult, Toni is still so very human in so many ways, and it is that humanity that calls out to a dark, lonely place in Drake and offers him comfort.

What he assumed would be an odious task has turned into a pleasure for him. What she assumed would be a pride-pinching trial for her...well...is still a pride-pinching trial, but with yummy Drake Black beside her to make the time pass a little easier. Neither realize the scope and depth of the Machiavellian games of the Ancients; neither notice the political warfare being waged behind closed doors, pushing Toni closer and closer to a dangerous killer even as it pulls her and Drake apart. The cold truth is, Toni may have finally come back to Chicago...just to die there.

I was blown away by Eternal Seduction, the first book in the Eternal series, when I read it in May of last year, and I reread it just this past March as my anticipation grew for the release date of Eternal Hearts. Parts of the book lived up to my expectations and hopes, but unfortunately, they were small parts. There's a legitimate danger of falling into the oft-mentioned sophomore slump when a new series is cranking up, and I think that is what happened here. I still say with confidence that Turner has the writing chops to be a wildly successful author with a fresh, exciting voice who writes easily readable narratives and unique characters in an original world, but there were some problems in this book that I didn't see in it's predecessor.

There was an almost absolute dearth of exposition, so very little of the world was explained, terminology went undefined, and characters were light on previously established development. I read the first book in the series, reviewed it, and read it again in less than a year and yet I still felt lost when I stumbled across the unique terminology, history, and mythos of the world and creatures that Turner created. I wouldn't recommend a reader start the series with this book, but even if you've read the first one, you may want to refresh your memory before starting this one.

The main characters weren't as well defined and unique as Kerestyan and Logan, and neither Drake nor Toni were quite as appealing. Logan's emotional detachment and damage coupled with an odd sort of fatalistic strength and flawed valor were hugely attractive and really set her apart in the first book, and I loved the role reversal of Kerestyan being the love-struck and fully invested one in the relationship. Drake and Toni weren't equally complex or original and Toni in particular had the emotional equilibrium of a sugar-hyped thirteen year old with ADD. Secondary and ancillary characters didn't fair as well, either, and with the sole exception of Odin, who was just as wonderfully humorous as he was in the first book (and just as underused), none really had any presence that made them stick out in my mind. Well...there was Oktober...but that was not in a good way.

The plot also gave me some problems. It was all over the place in this book and had a few threadbare spots that teetered dangerously close to being actual plot holes. I appreciate an author who layers plot threads and weaves them together into a full, three dimensional story that has life and depth, but in this case I felt like there were a few too many threads and none of them seemed to be woven together in as cohesive and tight a whole as we saw in the first book. It threw off the pacing and timing of the book in several places and some sections just seemed awkward and misplaced. Plus there a ton of secrets and veiled motivations that involved almost every primary, secondary, and ancillary character in the book. Each of those had to have their own big reveal moment, so by the end they had lost the power to surprise or have significant impact. When looked at in total all those threads and surprises and secrets ended up seeming like a muddled mess of cross-purposes and conflicting agendas.

Despite those issues, there were some truly fun moments in this book, and I did really like Drake. I wish his dichotomy had been played up a little more from the beginning, but I enjoyed him very much, and I liked him and Toni together. Their romance was a bit fast to develop for my taste, but it was thorough and filled with genuine emotion that improved both characters, and had a sexuality that appealed. The whole romance plot arc was the strongest part of the book for me. I thought the inevitable conflict between them was realistic and true to the characters, the resolution pleasantly portrayed, and the culmination of their journey through the book completely satisfying.

Oddly enough, though, it was the epilogue that showed off Turner's brilliance and originality. In the epilogue we see what had been mentioned and alluded to in the first book and in several places in the second. It was my favorite part of the whole book because it framed and explained with perfect clarity the overall concept of the series even as the horror dawned. There is something chilling and deeply disturbing about the scope of the game when you start to really ponder it, absorbing with brutal understanding the inherent pettiness of it all - and how little concern for the...pieces there is in it. Beware the boredom of gods and monsters. That way lies horror and death.

I sincerely hope is that there is a much shorter wait until the third book in the series comes out. This one may not have appealed to me personally as much as the first, but there were parts I liked and enjoyed, and the world and the concept for the series arc is still very unique, fresh, and interesting, and several characters are definitely worth their own moments of long reader attention as leads in their own books. I look forward to whatever is coming next.

Hi, Tracy. I just wanted to stop by and say thank you so much for this review. I absolutely love it! :) It's not often I read a critical review as thorough as yours, and I just really appreciate the time you took to explain what story elements worked and didn't work for you. It's honest and well thought-out reviews like this that definitely help me grow as an author. So, again, thank you! :)

Hey, Jen! Thank you for your gracious remarks about my review. Eternal Seduction was one of my favorite reads of 2010 and I'm excited to see where your series goes now that Eternal Hearts is out. I wish you all the success in the world, and look forward to seeing more of your talent for a long time to come. 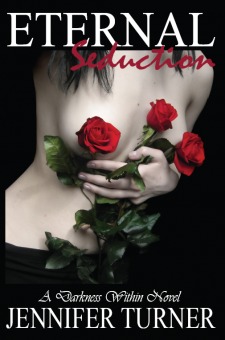