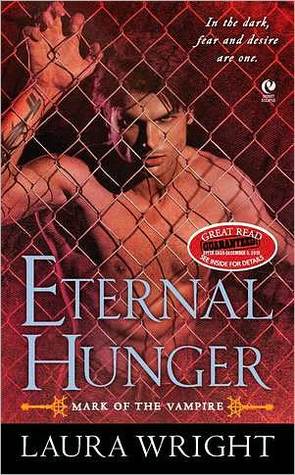 Series:   Mark of the Vampire, Book 1

The Roman brothers are pariahs among their own kind. Considered as little more than animals by the very credentis - vampire societies - they were birthed to save, they escaped those societies to live life on their own terms. As the oldest, Alexander knows he will be the first to go through the morpho that will bring him fully into his power, steal the sun from him, and turn him into a Breeding Male. He didn't know it was going to come one hundred years before its time.

The ruling body of vampires, the Eternal Order, have brought him into early morpho because they have a particularly nasty job for him to do. They have a rogue Impure on their hands, one who is kidnapping Pureblood females from their credentis and impregnating them in an insidious long game that threatens everything the Order has built over the centuries.

Would've been nice if the Order had waited until nightfall to make him suddenly allergic to the sun. Instead, Alexander is lucky to find a shaded doorway to stumble into before the sun's rays kill him. And he's luckier still that Dr. Sara Donohue is just coming home after a long night in the psychiatric unit of the hospital where she works.

After a long and frustrating night, Sara Donohue is struggling with keeping hope alive for her damaged brother, the one person she's dedicated her life to save. She's tired, a little worried about a former patient who has become threatening, and startled by the appearance of a homeless man sleeping off a bender on her welcome mat. Except she hears a voice in her head. A plea for help. And as unimaginable as it seems, she knows the voice is coming from the man at her feet.

Sara had no idea that something as seemingly simple as opening her door for a man in need would blow her world apart and thrust her into a life she couldn't have even conceived mere hours earlier. Vampires are real. The world she lives in is dark, desperate, and infinitely more dangerous than she had known. And Alexander, a massive creature she isn't even sure she truly believes in, is pure seduction...and downright deadly with it.

Eternal Hunger is exactly the sort of dark, detailed paranormal romance that I most favor...and has become so hard to find lately. The depth and scope of the world-building and the intricacy of the expansive vampire mythos were fabulous, gripping me quickly and yanking me deep into Wright's world, then refusing to let me go until the story was done. It's been awhile since I've read a series debut as well conceived and executed as this one is, especially one that has such a great balance between world-building, series arc introduction, and book plot.

The book is definitely on the darker end of paranormal romance, with some sexual language that may be off-putting for some (the c-word is used several times during sexual scenes). I prefer my PNR dark and edgy, and this fit the bill nicely, but I have to admit the sex scenes lost a little of their sexiness for me because of the language. I'm loathe to admit that, because I usually have no problem at all with coarse language. I swear like a sailor on shore leave, myself, so that's never bothered me. Apparently I have a line I wasn't previously aware of, and the c-word is it. Especially in the manner it was used in several instances in this book.

Alexander wasn't bad. He was fairly typical for the genre - big, bad, dangerous, sexy. No bad there, just nothing particularly unique either. I actually struggled with Sara, though. She's supposed to be a psychiatrist with highly specialized training, but her age, lack of professionalism, and weird obsession with the guilt about her brother's problems made it hard for me to completely buy into her backstory. And I wasn't fond of how she related to Alexander and dealt with her expanded world view throughout the first half of the book.

The secondary characters, on the other hand, were chock full of appeal. I loved Alexander's brothers and I can't wait to see more of Bronwyn and Dillon. Both females were more intriguing and brought more to the book than Sara did for me.

I thought the initial pieces of the series arc that were laid in this book were compelling and the external conflict with the megalomaniac Impure was powerful and intense. And I can't wait to find out more about the Order, who I trust exactly not at all. Most of the story surrounding the whole of the conflict with both these factions was wildly - sometimes disturbingly - enthralling and entertaining. The story threads were tightly woven and well-defined, full of action and emotion, intrigue and hints of a deadly conspiracy.

I do wish Tom's plot thread had been more robust and had greater impact on the overall story, but it was a lie left between Alexander and Sara that I truly loathed. Personally, I think that lie would have been seen as a major betrayal and should have at least been addressed. That it wasn't was the most significant disappointment in the book for me, and it undermined the foundation of their relationship and subsequent romance.

That being said, I still liked this book very much and am excited about the series. There were so many fascinating threads left dangling - in a totally good way. No cliffhangers here, just solid and fascinating introductions to characters and storylines that I can't wait to see further develop. There were several very nice plot twists, too, and surprises that caught me off guard when revealed but, in retrospect, made so much sense. Many of those little details were quite ingenious and added to the appeal of the story. I look forward to continuing this series and seeing what Wright comes up with next.