Entertaining Despite Some Issues 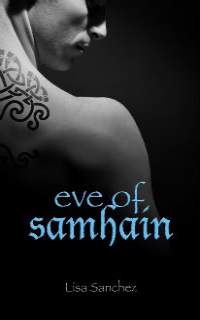 When the most stunningly gorgeous man she'd ever seen escorts his clingy date into the nightclub where Ryann Pierce serves drinks and avoids grabby hands while working her way through college, she almost trips over her tongue like some Warner Brothers cartoon character. Then, of course, he speaks. So much for his appeal. He may be gorgeous, but he's also a total tool. Rude, presumptuous, and with an ego larger than his freakishly gorgeous body, Ryann battles his arrogance with sharp-tongued wit, even as she serves him and his boobilicious sycophant date their drinks. Just another night at the club.

Her night takes an odd turn when tall, dark, and douchebag breaks up an altercation, then disappears from the club, leaving his vapid date sitting, more dazed and confused than even her intellect would normally allow, with apparently no memory of how she got to the club and no recollection of the sexy, sexist sex god she was with. Which was sorta creepy, really, when Ryann thinks about it.

Then the sex god shows up at her class the next day, a different beauty clinging to him. Same egotistical attitude, though, as he taunts her with his sex appeal even as he introduces himself. Quinn Donegan is her worst nightmare. And he just keeps showing up unannounced. The next time back at the club that night, the same beauty that had clung to him during her earlier class still on his arm. Until as the night before, Quinn leaves the club and one confused, memory wiped coed behind.

As Quinn worms his way into her life for reasons only he knows, a confused and suspicious Ryann stumbles onto some disturbing information that changes her understanding of the world around her. The things that go bump in the night aren't just relegated to fairy tales and camp fires...they stalk the living just as someone or something is stalking Ryann. Is Quinn a part of it, or is he trying to protect her from it...and why would he care either way?

Definitely one of the most unique paranormal romances I've read lately, Eve of Samhain is quirky and oddly charming, despite some issues. Told in Ryann's first person perspective, the narrative is full of earthy wit and crass witticisms, plainly spoken and uncultured. She's a funny if unsophisticated heroine, and her eventual dedication to the incorrigible Quinn is endearing. Quinn is a bit more of a puzzle, with his five hundred plus years as a cursed Faerie, doomed to sex up the female population and drive them mad with it. The idea of Ryann being the only one in all that time to resist his mystical charms, thereby drawing him to her like a moth to flames didn't totally work for me, but as he can't touch her without putting the whammy on her, their relationship is definitely unique in this genre.

The feelings between them develop too quickly for my taste, and are a bit overdone as the book progresses, but some interesting secondary characters and a subplot of an evil stalker after Ryann draws some attention. Not always to the book's benefit, as in the case with the stalker. I was disappointed in that plot thread. It was poorly explained, lacked foundation, and dropped completely for a significant portion of the book before being brought back at just the right time to bollocks up Ryann's attempts to help Quinn with the curse. That was a little too convenient for me.

I also had a hard time figuring out why, beyond the fact that she didn't cave to his mystical charisma, Quinn had such a jones for the relatively common Ryann. She was feisty, but also lacked intelligence at times, and her whining over her size eight body with the oft-mentioned bodacious ta-tas and J-Lo booty got very old very, very quickly. Trust me when I tell you, I wasn't exactly feeling her pain as she bears that particular cross like a discomfited martyr. And her emotions were all over the map; everything felt and experienced with wildly melodramatic intensity. There's almost no subtlety nor sophistication in the book, nor in Ryann. She would have been far more palatable to me had her character been toned down a bit and her emotions more controlled.

Despite all that, I liked this book. I'm not even sure I can put my finger on why, exactly, because many of the issues in it are well known bugaboos that usually put me off my read. Maybe part of the appeal was the novelty of the non-touchy relationship, or the fact that Ryann's inner monologue and the dialogue between her friends and with Quinn made me chuckle. Ryann was a rather pedestrian and superficial character, but she grew on me. And Quinn, despite his ego and his history, really did try to improve himself for her. They were sorta sweet together. Sure, I couldn't quite see the appeal she held for him, but it was cute watching it. I ended up feeling surprised that I liked the book as much as I did, and despite issues, would continue with the series. I'm just not totally sure why.

Return from Eve of Samhain to Paranormal Romance Genre

Return from Eve of Samhain to OGBDA Book Review Home